Why aren’t more black African and Caribbean women in the UK on PrEP? 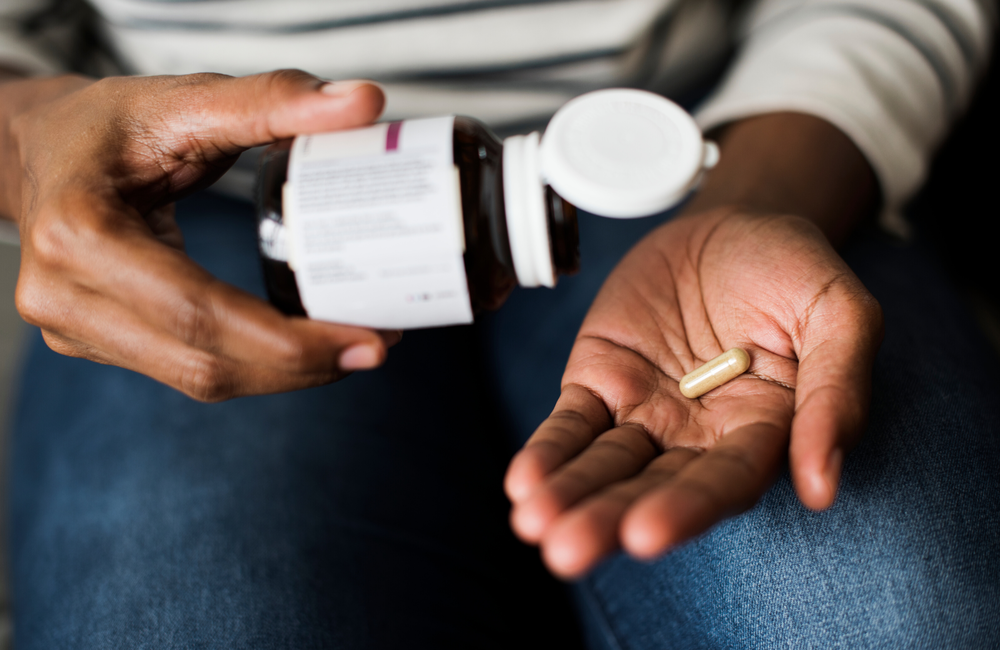 Black African and Caribbean women living in the UK report low levels of knowledge regarding the benefits and effectiveness of taking pre-exposure prophylaxis (PrEP) to prevent HIV infection. Peer networks have a strong impact on women’s decisions regarding sexual health, while HIV-related stigma and institutional racism act as barriers towards accessing PrEP. This qualitative research was published in Sexually Transmitted Infections by Sarah Nakasone from the University of Chicago, along with colleagues based in London and Glasgow.

Despite comprising only 3% of the UK population, black people represent 42% of all new HIV infections among heterosexuals. Among black African and Caribbean women, recent prevention efforts have made little impact on lowering the rates of those newly diagnosed with HIV, reflecting low uptake of biomedical prevention strategies such as PrEP. This is despite PrEP’s availability for those at risk of infection with HIV (in England, through the PrEP Impact Trial and in Scotland, via routine sexual health services).

There is limited research on barriers and motivators associated with PrEP access and use for black women in the UK. This study provides insights into women’s awareness of PrEP, and social and community factors influencing the uptake of PrEP.

The study was conducted in London and Glasgow, the cities with the highest HIV prevalence in the UK, in 2018. Adult women who identified as black and minority ethnic (including transgender women) and were sexually active in the six months prior to the study were eligible. Both HIV-negative and positive women were eligible for inclusion in order to sample diverse perspectives. In London, recruitment took place via flyer distribution, HIV advocacy organisations and social media and in Glasgow, via an HIV community organisation.

Semi structured, in-depth interviews were conducted with 32 women; 22 in London (average age 37, ranging from 21-60) and ten in Glasgow (average age 43, ranging from 19-63). Thirteen women reported being HIV positive, while the rest either did not know their status or reported being HIV-negative. All participants were born outside the UK, but most had lived in the UK for over a decade. Nearly half were born in east Africa; others had central, west and north African backgrounds. Only two women (both from London) identified as black Caribbean. Most participants identified as heterosexual and all were assigned female sex at birth.

The interviews explored each woman’s definition of safer sex, personal and community notions of HIV risk, experiences with different types of prevention, attitudes towards PrEP, opinions regarding how it was advertised and issues related to access. Educational material on PrEP was given to participants, key facts were discussed, and any questions were answered during the interviews.

PrEP awareness at an individual level

While nearly all participants displayed good knowledge of how HIV is transmitted, and were aware of the role of condoms in preventing infection, few knew about biomedical prevention strategies such as PrEP or that people with HIV who have an undetectable viral load cannot infect others (Undetectable = Untransmittable, or U=U).

Upon learning about PrEP, women acknowledged that it could be a valuable intervention for ‘women they knew’ and expressed enthusiasm. However, individuals had difficulty seeing themselves at risk and therefore, did not see the personal benefits of using PrEP.

“I’m so happy about PrEP pills... If we can just tell the people about this, it can be very, very, very helpful for all the women. Because many, many women are complaining about the condom…” (HIV-negative woman, London).

However, many also doubted the effectiveness of biomedical preventions such as PrEP and U=U. Thus, being presented with knowledge was insufficient to convince the women that these preventative means worked well.

Women living with HIV acknowledged that they would have used PrEP if it were available prior to their infection. They also stated that they did not feel at risk for infection until it happened.

“…I think if the awareness was there, I could have taken it [PrEP]. But having said that as well, I was at that age where I thought, you know, I was untouchable.” (HIV-positive woman, Glasgow).

The influence of social networks

Women saw each other as a crucial source of information when it came to matters related to sexual health (such as choosing contraceptive methods) and the prevention of sexually transmitted infections (STIs). In many instances, peers were preferred over sources such as NHS professionals. By talking to peers, women avoided long waiting times to see a GP for a consultation that was too brief to discuss sexual health questions in detail.

However, one of the drawbacks to this approach was that women often found it challenging to talk about stigmatised topics such as HIV. While sharing general facts about PrEP was seen as acceptable, anything perceived as too specific could potentially risk offence, as it could imply infidelity in the relationship. Some women felt that they needed a ‘cover’ to discuss topics such as HIV and PrEP, such as participation in research.

“To your friends you can say, ‘By the way, I’m doing this project… Can you people volunteer?’… Then they’re going to go back and tell their boyfriends… And that’s going to give them a wakeup call. [Mimics a friend’s boyfriend’s voice] ‘Oh no, I’ve been up to no good. I better go and get [PrEP].’” (HIV-positive woman, London).

Women also expressed difficulties discussing PrEP with their sexual partners. They expressed the need for safer sex practices that encouraged trust and intimacy, as opposed to those that merely prevented STIs.

Both HIV-positive and negative women described widespread HIV-related stigma at the community level. This made talking about HIV challenging for fear of being perceived as infected. For HIV-positive women, it raised fears related to disclosure. Many believed that this stigma would impact access to PrEP and seeking out sexual health services more generally. Some women were afraid of being seen at a sexual health clinic by other community members, and the reputational impact that this would have.

"Women saw each other as a crucial source of information on matters related to sexual health."

“…It is difficult for women who have the information to talk about HIV prevention to suddenly say in her church group, talking about PrEP …. [Others will] be like, ‘Where do you know this from? … It’s very difficult for a woman to then say, ‘Actually I’m living with HIV and I’m empowered …’ It’s that risk that they don’t know if that friendship circle is going to be sustainable once that information is out there.” (HIV-positive woman, London).

Institutional stigma also prevented some participants from seeking out sexual health services. Despite satisfaction with the NHS in general, women in Glasgow reported institutional racism, receiving delayed or substandard care due to their race. There were fewer reports of this from participants in London, but some also felt that race played a role in how they were treated (for instance, being pressurised into using contraception).

“It’s like [health care workers] not want to get close to you, neither talk to you or touch you.” (HIV-negative woman, Glasgow).

At a broader level, women expressed the importance of having access to PrEP promotion materials that reflected black women and information that came from other women. For those who had some awareness of PrEP, they expressed that early materials had largely been directed at white, gay men and thus, they felt excluded as potential PrEP candidates. Women also expressed the desire to access PrEP in less stigmatised environments, such as through their GP, instead of at a sexual health clinic.

[Looking at a PrEP for Women brochure] “I think I heard of PrEP for men, gay. But you know, sometimes when they said gay, it’s something that I never really put my head around it and really get my interest. Because something, you look at it and it capture your interest and you just want to learn more…” (HIV-negative woman, London).

The authors conclude by acknowledging the multi-level barriers and facilitators to PrEP uptake for these women: “For Black African/Black Caribbean women to benefit from PrEP, campaigns will need to engage multiple levels of influence that shape their safer sex perceptions. Helping women understand how PrEP fits into their personal safer sex narratives, addressing community stigma around HIV and sexual/reproductive health services, and creating institutional environments more welcoming of Black African/Black Caribbean women will be critical.”