Image from the live stream of Helen Rees presenting at the conference.

A large trial has found no difference in the risk of acquiring HIV for women using three different types of long-acting, reversible contraception in sub-Saharan Africa.

Findings from the ECHO study were published today in The Lancet and presented at the South African AIDS Conference in Durban.

“Our randomised trial did not find a substantial difference in HIV risk among the contraceptive methods evaluated, and all methods were safe and highly effective at preventing pregnancy,” said study co-author Professor Jared Baeten, University of Washington, USA.

“We have a massive unmet need for contraception in our region and the method that the majority of women are choosing or being given is injectable,” Professor Helen Rees of Wits Reproductive Health and HIV Institute, South Africa told the South African AIDS Conference.

Women were randomised to DMPA-IM, copper intrauterine device (IUD) or levenorgestrel (LNG) implant. The study was open-label as there was no way of blinding investigators or participants to the type of contraception being used.

Participants attended the trial site clinic one month after the initial visit at which the contraceptive option was first given or implanted, to check for adverse reactions, and every three months thereafter, during a follow-up period of 18 months. Participants were tested for HIV at every clinic visit and received treatment for symptomatic sexually transmitted infections. They also received HIV prevention counselling and condoms and, where available as part of national guidelines, pre-exposure prophylaxis (PrEP).

The modified intention-to-treat analysis included all women who entered the study and tested HIV-negative at baseline and underwent an HIV test during the follow-up period (7715 women). Study retention was high: 91% of participants attended every scheduled clinic visit. Participants used their assigned contraceptive method for 92% of the time during the study.

The median age of study participants was 23 years, 81% of women were unmarried and 29% were living with a partner. Eighty-one per cent had been pregnant at least once. At baseline, just under half (48%) reported that a condom had not been used at last sexual act and 73% reported unprotected sex in the past three months.

There were 397 HIV infections (an incidence of 3.8% per year) in the study – 143 in the DMPA-IM group (4.2% per year), 138 in the copper IUD group 3.9%), and 116 in the LNG implant group (3.3%). There was no significant difference in the risk of HIV infection according to the form of contraception used, and the lack of difference persisted when analysis was restricted to continuous users of the assigned contraceptive method (86% of the total follow-up recorded).

All three contraceptive methods were highly effective. Approximately 1% of women in each study arm became pregnant, among study participants who were counted as continuous users. Women using either one of the hormonal methods continuously were significantly less likely to become pregnant than women using the copper IUD method (p = 0.027).

Professor Jared Baeten warned that the results of the study cannot be extrapolated to other methods of hormonal contraception.

At the South African AIDS Conference, many speakers and delegates expressed concern over the high HIV incidence in study participants despite HIV prevention counselling and condom provision at study visits. Although PrEP became available at some study sites during the late stages of the trial, less than 2% of total follow-up was contributed by participants who were taking PrEP. 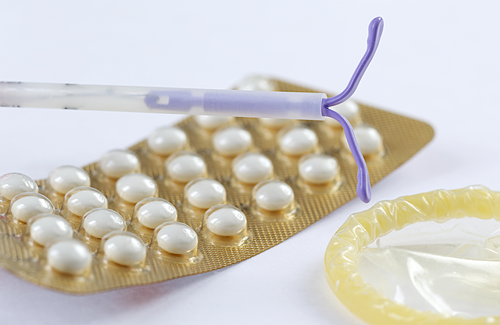 Find out more: Contraception: information for people with HIV

Yvette Raphael, a member of the ECHO Global Community Advisory Group said: “For us as women, these results are not good news. ECHO is a wake-up call for HIV prevention at every family planning clinic.”

She also criticised the tendency of family planning programmes to prioritise provision of DMPA-IM. “DMPA-IM should not continue to dominate contraception choices for women in sub-Saharan Africa,” she told the South African AIDS Conference.