30 years of AIDS: remembering how it began - from those who were there 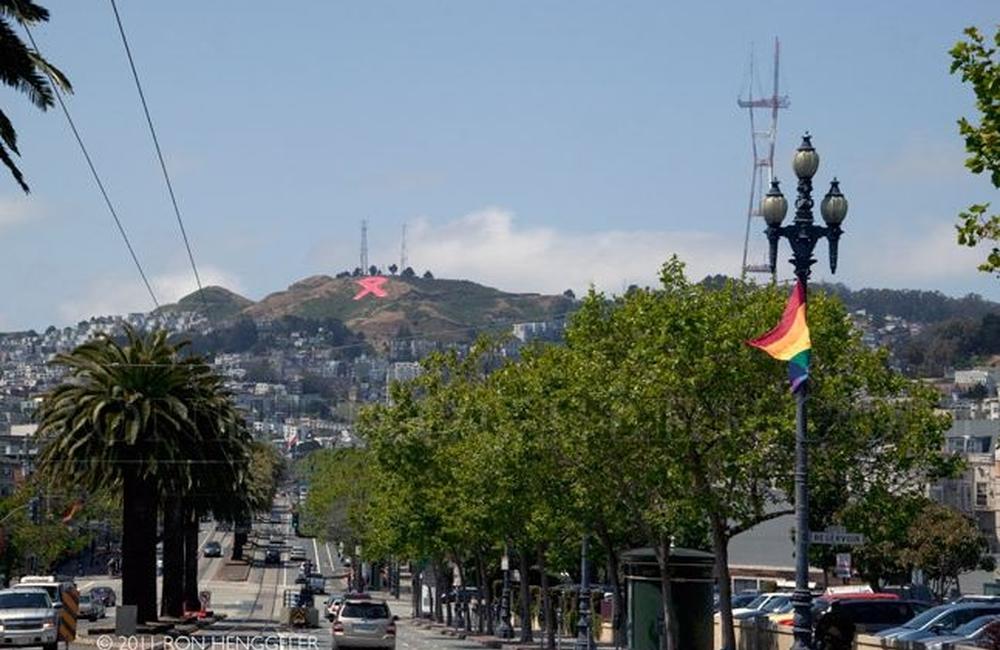 A huge red ribbon in San Francisco to mark the 30th anniversary, installed by over 100 community volunteers. Image courtesy of San Francisco AIDS Foundation (www.sfaf.org)
This article is more than 10 years old. Click here for more recent articles on this topic

Sunday June 5 sees the 30th anniversary of the first reports of the disease that later came to be known as AIDS.

At the time no one could have anticipated the scale of the epidemic that was about to emerge, or the global significance of the cases that were being reported among young gay men in California and New York.

The emergence of the epidemic was a shocking, epochal event, and it had a devastating impact on gay communities and injecting drug users in North America.

But it was the responses of the communities affected, and of the medical professionals who cared for the first people diagnosed with AIDS, that set the tone for the global response to AIDS for the next 30 years.

It was a response emphasising human rights, compassion, solidarity, activism and generosity, and without it, the global epidemic of HIV and AIDS might have been handled in a much more punitive and authoritarian manner.

Therefore, we have chosen to commemorate the 30th anniversary of the first case report by collecting together resources that illuminate the early days of AIDS.

The links below will lead you to testimony from people who lived through the early years of the epidemic, many of them central to the early responses in the gay communities of North America.

A Cluster of Kaposi's Sarcoma and Pneumocystis carinii Pneumonia among Homosexual Male Residents of Los Angeles and Orange Counties, California, June 18, 1982; the first strong endorsement for the view that AIDS was caused by a sexually transmitted agent.

We Were Here –an award-winning documentary on the early years of AIDS in San Francisco and the city’s response.

The History of AIDS: Emergence and Origins of a Modern Pandemic, by Mirko Grmek. Still the best book on the early history of the epidemic, now available in large portions through Google Books to read online.

AIDS begins to emerge in new populations: Dr John G. Bartlett looks back at the emergence of AIDS in injecting drug users in Baltimore, and his efforts to establish a clinic to provide care at Johns Hopkins University.

How to Have Sex in an Epidemic: the first safer sex advice, authored in May 1983 by New York activists Richard Berkowitz and Michael Callen. The leaflet set the tone for gay community responses to safer sex worldwide. You can also watch an interview with Richard Berkowitz and Dr Joe Sonnabend, their medical adviser, about the origins of safer sex advice, on YouTube from Jean Carlomusto’s film Sex in an Epidemic.

San Francisco AIDS Foundation: a video on the impact of AIDS in San Francisco since 1981 and the civic and political response to AIDS in the city.

AIDS @ 30: Media Coverage From the Early Days: a collection of TV broadcasts from the 1980's, compiled by The Body.

28 April 2021
The search for an HIV prevention vaccine

'Our Work Is Not Done': The True Story of America's Response to HIV/AIDS in Sub-Saharan Africa

‘Invisible to the CDC’: Kevin Moseby, Ph.D., on the Whitewashed History of HIV/AIDS Research

As Pride month comes to a close, those who aren't here to celebrate live on – and have their lives celebrated – in The Aids Memorial
Esquire
1 Jul 21
Activism & civil society

Our group, which forced the US to step up in fighting Aids in the 80s and 90s, favoured direct action over debate.
The Guardian
8 Jun 21
Government, leadership & policy

40 years of HIV/AIDS: an interview with Peter Piot

June 5, 2021, marks 40 years since the first reports of what was later known to be AIDS. Udani Samarasekera spoke with Peter Piot about the past, present, and future of the HIV/AIDS response.
The Lancet (free registration required)
7 Jun 21
More editors' picks