As Gus Cairns retires in NAM’s 35th year, he reflects on how much has changed for people living with HIV
Gus Cairns 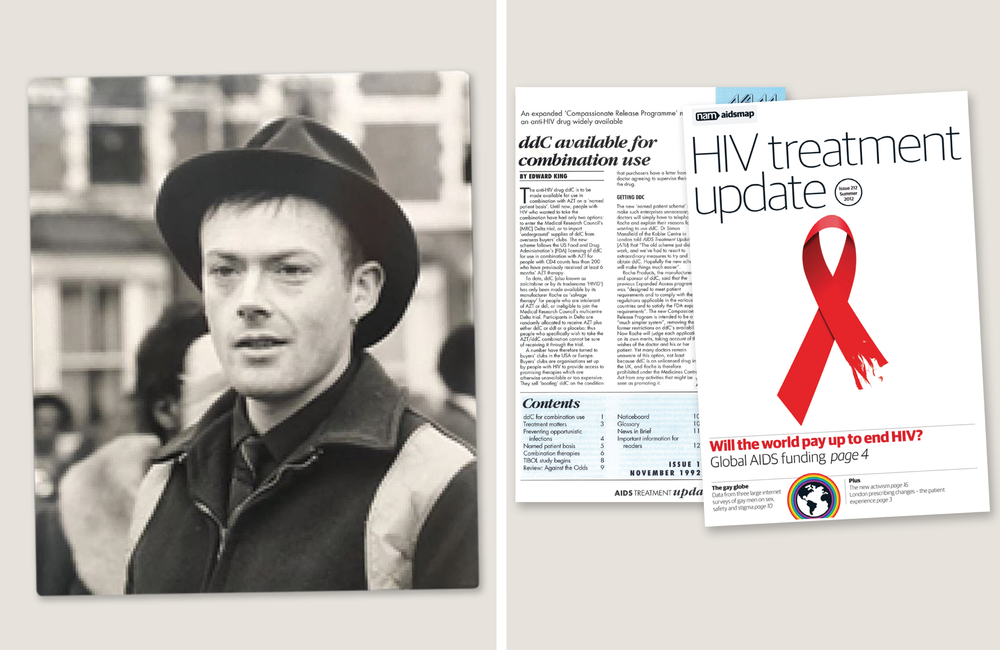 As of 1 June, I’m retiring. Yes, I’ve given in my notice as a salaried employee at NAM aidsmap, starting the month after my 66th birthday.

It’s a mark of how much the prospects for people with HIV have changed to say that when I first became virally undetectable, I never expected to live long enough to retire. Now I’m planning a ‘post-work career’.

I ended up working for the very organisation that, in the early 90s, provided me with much of the information that helped me live this long. I remember NAM’s AIDS treatment update dropping through my letterbox and catching up on the latest news of drug trials. NAM was one of the resources that dispelled some of the fog of fear around having HIV. It allowed me to hope that, just maybe, I had a path through to survival.

It wasn’t always about accepting stuff as gospel. It was about equipping me with the knowledge to understand the science.

So, for instance, I stopped AZT monotherapy when the doctors were urging me to take it, because I saw from the studies NAM reported how little extra life it bought people, at the cost of serious side effects. But it also meant that when, in 1996, with a CD4 count of 10 and more terrifying manifestations of AIDS than I want to remember, I read about the studies showing that triple combination therapy worked, I was able to march to my doctor and say “Give me this stuff. NOW.” And, when the first and second combo didn’t work, to find another doctor with one that did.

Recovering from near-death, I volunteered at the UK Coalition of People Living with HIV, and ended up editing its magazine,Positive Nation. We covered everything: treatment and support (including a regular column from NAM), but also the global struggle for health and, increasingly, HIV prevention. I developed a keen interest in a way of stopping people catching HIV in the first place – a way that wasn't stymied by the vagaries of human embarrassment.

Later, a freelance gig editing NAM's comprehensive guide to HIV prevention led, in 2009, to a job editing HIV treatment update. My coverage of prevention led in 2011 to being asked if I'd be the community Chair for a UK study of PrEP called PROUD. When it worked miles better than anyone expected, stopping 86% of infections, I felt a little pat on my back from History herself.

I’m told I'm setting a precedent: no-one has previously left the organisation to go into retirement. But I’m not going to stop and you'll continue to see my name on aidsmap. I’m not the sort of person who can do nothing and if I see an issue, I have to nag people about it. That’s me. I guess it’s called being an activist.