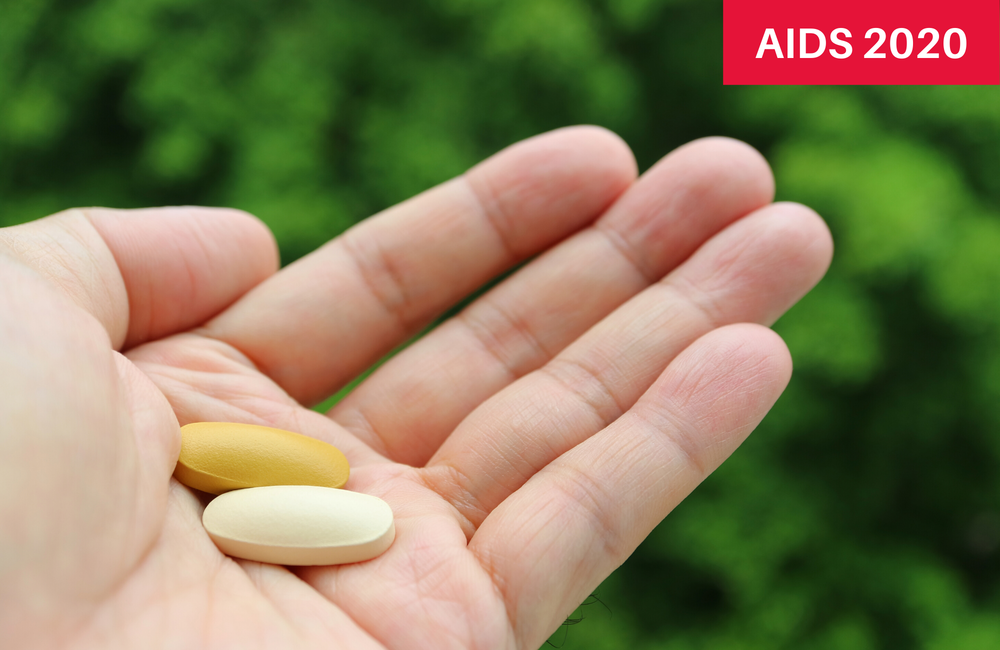 Islatravir (formerly known as MK-8591 or EFdA) works in two ways, both halting construction of new viral DNA by acting as a defective building block and acting at a later step in the viral replication process. Previous studies showed that it has more than tenfold greater potency than other approved antiretrovirals, is active against HIV with drug-resistance mutations and has a long half-life in the body. Islatravir is being studied for long-acting pre-exposure prophylaxis (PrEP) as well as for HIV treatment.

Professor Chloe Orkin of Queen Mary University of London presented the latest findings from a phase 2b study evaluating the safety and efficacy of islatravir plus doravirine versus a three-drug regimen of doravirine, tenofovir disoproxil fumarate (TDF) and lamivudine, the drugs in the Delstrigo single-tablet regimen.

This randomised, double-blind trial enrolled 121 previously untreated people with no known antiretroviral resistance. More than 90% were men, three-quarters were white and the median age was 28 years. About a quarter had a viral load above 100,000 copies/ml at baseline.

In part 1 of the study, participants were randomly assigned to receive islatravir at one of three doses (0.25mg, 0.75mg or 2.25mg) plus doravirine (100mg) and lamivudine (300mg), or to receive Delstrigo, for 24 weeks. In part 2, those in the islatravir arm who achieved an undetectable viral load (below 50 copies/ml) dropped lamivudine and stayed on the two-drug regimen through week 48.

The efficacy results from the study were presented at the International AIDS Society Conference on HIV Science last summer in Mexico City. Those results showed that the dual combination at the optimal dose (0.75mg) suppressed viral load at least as well as the three-drug regimen, with 90% versus 84% having undetectable viral load at 48 weeks.

Orkin focused on study participants who stopped the islatravir regimen with protocol-defined virological failure (PDVF). Regardless of regimen, a small proportion of people who start antiretroviral therapy continue to have low-level virus, especially if they start with a high level, she noted as background.

PDVF was defined conservatively to include both non-response and viral rebound, according to Orkin. Participants with PDVF were required to stop the study and return to a standard regimen.

Even after they switched from islatravir plus doravirine to another regimen, three of the six participants continued to have low-level detectable viral load during 42 weeks of follow-up.

Rates of PDVF were low and all participants who discontinued the regimen due to PDVF had HIV levels below the clinically significant level of 200 copies/ml, the researchers concluded. This low-level viraemia was comparable to levels seen in past studies of previously untreated people.

Islatravir plus doravirine side effects

In a related presentation, Dr Edwin DeJesus of the Orlando Immunology Center in Florida described 48-week safety results from the same clinical trial.

Treatment was generally safe and well tolerated. Overall, side effects occurred with similar frequency in all islatravir dose groups and the Delstrigo group. In all treatment arms, adverse events were reported more often during the first 24 weeks of treatment compared with the second 24-week period, DeJesus noted.

"Phase 3 trials for previously untreated people and for those who wish to switch from another regimen after achieving viral suppression are currently underway."

Headache was reported more frequently in the combined islatravir groups compared with the Delstrigo group (11% vs 7%), while diarrhoea was more common in the Delstrigo arm (7% vs 16%, respectively). About 9% in both groups experienced nausea.

Islatravir plus doravirine had minimal effect on liver or kidney function biomarkers, or on metabolic parameters including blood glucose and total cholesterol levels.

Looking at body weight – a growing concern for people starting antiretroviral – 38% of participants in the combined islatravir groups and 23% in the Delstrigo group had a weight increase of at least 5%. This primarily occurred during the first 24 weeks and may reflect a 'return to health' effect, DeJesus suggested.

The researchers concluded that islatravir plus doravirine was well tolerated regardless of dose through 48 weeks. Adverse events were usually mild and transient and did not lead participants to drop out of the study.

The 0.75mg dose of islatravir has been selected for further development, Orkin noted. Phase 3 trials for previously untreated people and for those who wish to switch from another regimen after achieving viral suppression are currently underway.