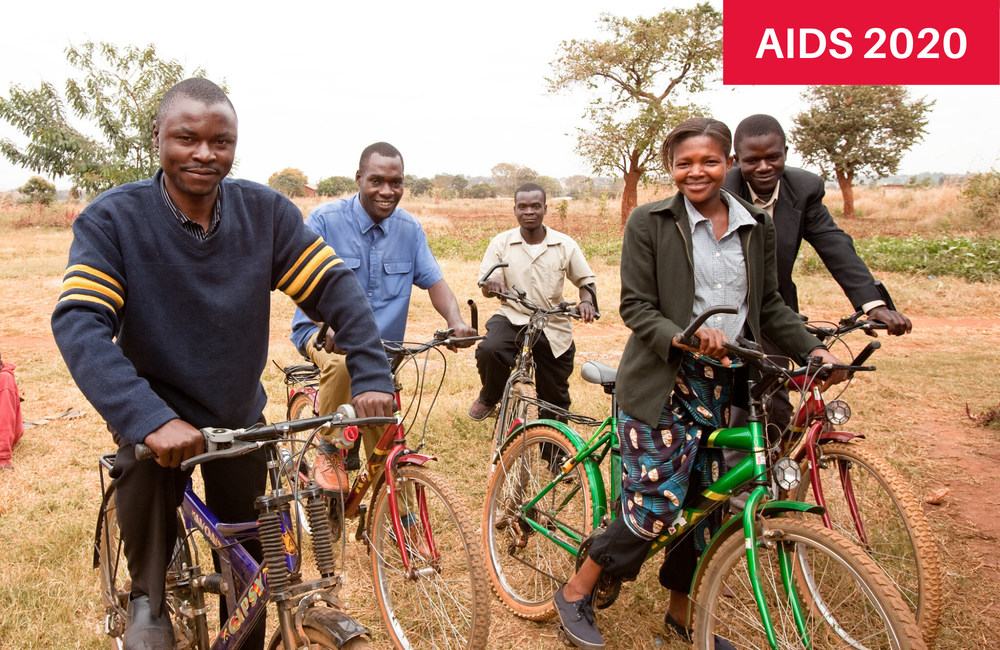 Men can be encouraged to test for HIV by other men and healthcare services targeted towards them, but men are often overlooked for HIV testing when they do attend healthcare facilities, studies from Zambia and Malawi presented at the 23rd International AIDS Conference (AIDS 2020:Virtual) this week show.

Men with HIV are consistently less likely to be diagnosed with HIV, demographic studies show, and less likely to take an HIV test. Understanding the factors that encourage men to test for HIV or make testing more accessible might help to improve testing uptake and HIV diagnosis in men in sub-Saharan Africa.

Zambia: Factors encouraging men to test in the PopART study

PopART, also known as HPTN 071, was a large community-randomised trial carried out in Zambia and KwaZulu Natal, South Africa. The study tested the impact on HIV incidence of household-based HIV testing and linkage to care by community HIV care providers (CHiPs), and immediate initiation of antiretroviral treatment delivered through routine healthcare services. The strategy led to a 30% reduction in HIV infections, investigators reported in 2019, and demonstrated that it was possible to rapidly achieve 90-90-90 targets for testing, treatment and viral suppression in rural and urban areas.

During the third round of door-to-door testing, investigators evaluated which household or community health worker factors were most strongly associated with acceptance of HIV testing in men who had not tested before. They identified 9172 men who were previously untested and who lived in areas covered by community healthcare workers offering testing. Seventy-two per cent of these men consented to take an HIV test.

In the absence of household testing, how can health facilities encourage men to test? A study from Malawi suggests that a good first step might be to ask them if they want an HIV test.

The study assessed the use of health facilities and HIV testing in 1116 men in 36 villages in Malawi who had not tested HIV-positive. Fifty-five per cent had never tested for HIV or had tested at least one year previously, and of this group, 65% had attended a health facility in the previous year and 82% in the previous two years. Only 7% said they were offered an HIV test during a visit in the previous year and 45% said that they had not been offered a test. Forty-one percent had visited the health facility as a guardian or to support another person during a healthcare visit. The lack of testing was most pronounced in young men aged 15-24 years.

“Our findings challenge prominent narratives that men do not attend health facilities,” she said.

“A surprising portion of men’s health visits were as guardians. These findings provide important information to any health service intervention trying to reach men – the majority of men can be reached during routine health visits they are already making.”

A qualitative study of health-seeking behaviour among young men aged 20-34 in Zambia found that men’s attitudes to health care and HIV testing were conditioned by fear of stigma and discrimination, and of undignified death from AIDS. They also felt shut out from the health system and unwelcome in health facilities, unable to obtain care from male healthcare providers and concerned about having to share facilities with women and children. Bad experiences in healthcare facilities tended to be shared with other men, discouraging them from seeking health care.

“So, we need a clinic specifically just for men… if it is possible, even just create rooms where men can go and lock themselves away from others,” one service user in Lusaka said.

Lower viral suppression rates in men on HIV treatment have been reported in some countries, due to non-adherence. These gender differences tend to be more pronounced in younger people. Monitoring of the roll-out of dolutegravir as a replacement for efavirenz in Malawi shows that the transition to dolutegravir has closed the gender gap in viral suppression.

The transition to dolutegravir in Malawi began in January 2019. Comparison of viral load measurements in April 2019 and April 2020 shows that viral suppression increased in all male age groups, although the greatest increase was seen in age groups under 20. Viral suppression equalised in men and women.

It’s unclear if the improvement in viral suppression is due to improved adherence resulting from better tolerability of dolutegravir, or a lower likelihood of viral rebound when doses are missed.