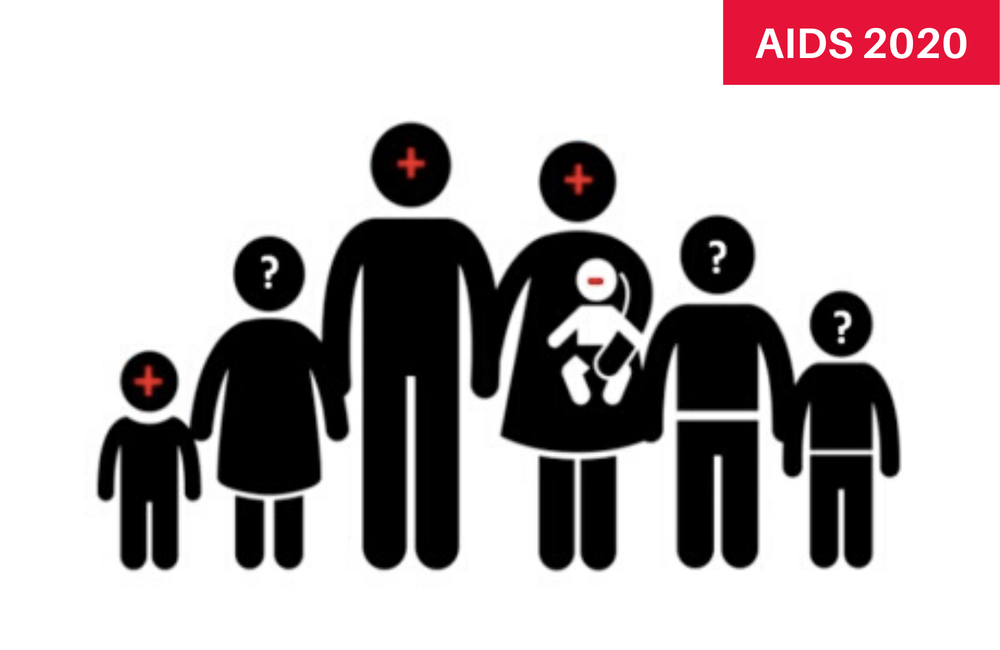 Children are being left behind in the global drive to test and treat more people with HIV, UNAIDS said in a statement this week.

UNAIDS says that only 53% or 840,000 of the 1.8 million children aged under 19 living with HIV in the world are receiving HIV treatment, compared with 67% of adults. Two-thirds of these are aged between five and 14.

But a surprisingly large number of the world’s children are not on HIV treatment because they are not known to have HIV.

While programmes that prevent vertical, mother-to-child transmission mean that the majority of children who have HIV at birth are diagnosed, a large number of children who acquire HIV later – usually through breastfeeding – are not tested.

While about half of children infected in infancy develop HIV-related symptoms rapidly, the other half may not show symptoms until they are adolescents. Many children are missed because adults who test positive for HIV may believe or hope that they were infected after their children were born. Some, already dealing with their own HIV status, may not bring their children in for testing for fear either of the added care burden, or of being blamed for their child’s infection.

Index testing – offering testing to the children and partners of people who test HIV positive – is the most productive form of testing, but is not done routinely, even with children. However, the giant US HIV programme PEPFAR is working to expand index testing in children aged under 15.

Dr Hilary Wolf of the Office of the US Global AIDS Co-ordinator presented the data on PEPFAR's expansion of paediatric index testing to the 23rd International HIV Conference (AIDS 2020: Virtual) this week.

“It is so important to detect these children before they become sick or malnourished,” she said.

Over the last two years, she said, PEPFAR has overseen a significant increase in the proportion of HIV tests performed on children that were done as part of index testing – from 9% in the year ending 30 September 2018, to 12% in the following year – and a much more significant increase in the proportion of positive results in children that were due to index testing – from 17% in 2018 to 28% in 2019.

In 2019 the absolute number of children tested through index testing was about 825,000, including 220,000 in Tanzania. The proportion of positive paediatric results that came from index testing was 50% in that country, and was even higher in the Democratic Republic of Congo (54%) and Ethiopia (68%), though fewer tests were done in those countries (about 22,000 and 30,000 respectively). In contrast, although South Africa performed more paediatric index tests (48,000) the proportion of HIV-positive children detected through them was only 9% – possibly because South Africa has better testing programmes for infants.

Eight of the 12 PEPFAR countries saw a significant increase in paediatric index testing: Ethiopia led the way with a tenfold increase but Tanzania, South Africa, Nigeria, Zambia and Kenya either doubled or near-doubled their index testing.

"Eight of the 12 PEPFAR countries saw a significant increase in paediatric index testing."

The children receiving index tests were divided into three age groups – 1-4, 5-9 and 19-14 years old. The highest proportion of tests were conducted in 5-9 year olds – an average of 40%, with about 30% in the other two age groups.

The highest yield, however – the proportion of tests that were positive – was in the youngest age group: 4.5% of 1-4 year olds tested positive versus 2.8% of 5-9 year olds and 2.7% of 10-14s. This varied considerably from country to country. In the Democratic Republic of Congo one in seven children under five tested positive (14.3%) compared to 2.1% in Cameroon. Among the higher age groups Nigeria returned the biggest yield, with 8.3% of 5-9 year olds testing positive and 9.3% of 10-14 year olds.

Wolf said that further and considerable scale-up in paediatric index testing was needed, especially in high-prevalence, high-population countries like Nigeria, the Democratic Republic of Congo and South Africa.

In its statement this week, UNAIDS commented: “Year after year, the bold target of eliminating new HIV infections among children is being missed and children are dying needlessly from AIDS-related illnesses—deaths that could be prevented with simple and cheap treatments if the children were diagnosed and treated in time.”

Winnie Byanyima, Executive Director of UNAIDS, added: “To see so many tools available, so many new HIV infections among children that have been prevented, so many children living with HIV doing well, but to see others missed and still left behind is a tragedy.”