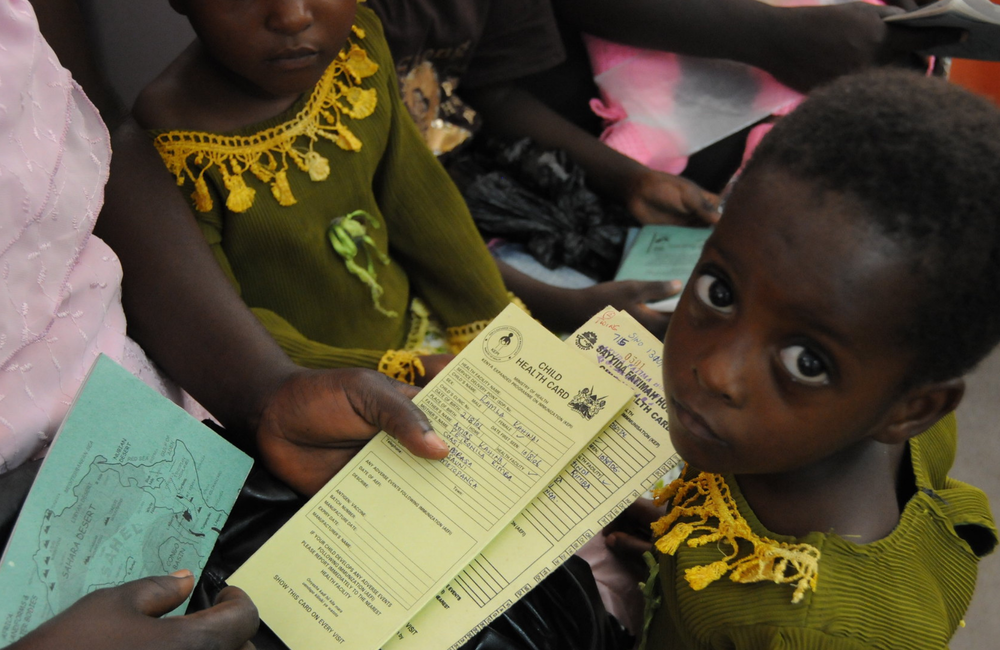 While deaths in children under five years old have reduced dramatically in Kenya over the last two decades, regional disparities persist. In western Kenya, deaths among children under five were twice the national average in 2014. The relatively high mortality rates in this region have been attributed to the disproportionate rates of infectious diseases, including HIV and malaria, among children.

However, determining cause of death can be difficult in Kenya (and many other low- and middle-income countries) due to limited diagnostic tools, widespread multi-morbidity, and the low number of autopsies conducted. Cause of death information is often gathered through verbal autopsies – detailed interviews conducted with family members after a death – but the reliability of this data is questionable.

Minimally-invasive tissue sampling – where a small sample is taken from a body and then tested for various pathogens – offers increased accuracy in determining cause of death in children compared to verbal autopsies alone. It has also been found to be more acceptable to families than full autopsies.

The Child Health and Mortality Prevention Surveillance (CHAMPS) study uses this approach, along with a range of other data, to identify and monitor causes of death in children under five in Kenya. Dr Dickens Onyango and colleagues therefore analysed CHAMPS data to estimate HIV cause-specific mortality rates in children under five years of age and to understand how the causes of death differed by HIV status.

CHAMPS collects mortality data from two sites in western Kenya with a combined population of 22,270 children under the age of five – Karemo, a rural area in Siaya County, and Manyatta, and urban informal settlement in Kisumu County. When CHAMPS is notified of a death, they aim to collect a range of data including a verbal autopsy, medical records (including maternal medical records if the child was under 12 months), and a tissue sample for testing. A panel of experts evaluates this data and assigns cause(s) of death based on internationally agreed definitions. If multiple illnesses contributed to death, these are arranged in a causal sequence as ‘underlying’, ‘morbid’ and ‘immediate’ causes of death.

This analysis included 176 children aged 28 days to under 5 years at time of death who were enrolled in CHAMPS between May 2017 and September 2020 and had sufficient data for the analysis.

Of these, 92 (52%) were aged below 12 months, 100 (57%) had died in a health facility, and 25 (14%) had HIV. HIV status was determined through an HIV PCR test of sampled tissue, as the researchers were not always able to access medical records which would identify if a child had been diagnosed with and treated for HIV.

Children with HIV were more likely to have had a mother with only primary school-level education or less (p = 0.02).

Causes of death were determined for 171 (97%) of the children included in the study.

Nearly all deaths were preventable

Devastatingly, the authors conclude that “nearly all deaths were due to causes for which effective interventions are widely available in Kenya”.

It is likely that most of the children who died as a result of uncontrolled HIV were either not diagnosed or not receiving ART, highlighting the urgent need to improve access to testing and treatment for children with HIV in this region. Early identification and care of malnourished children with HIV could also help to dramatically reduce deaths.

Finally, the authors recommend that pneumonia treatment guidelines in Kenya be reviewed to include greater emphasis on treating viral pneumonia, especially in children with HIV.

Onyango, DO et al. Causes of death in HIV-infected and HIV-uninfected children in the Child Health and Mortality Prevention Surveillance study—Kenya. AIDS 36: 59-68, 2022.

About 30,000-35,000 HIV patients whose average age is 40 die in Russia every year, Head of the Special Research Department for Disease Control and AIDS Prevention at the Russian sanitary watchdog’s Central Research Institute of Epidemiology Vadim Pokrovsky said at Tuesday’s roundtable on ways to extend the healthy life expectancy of HIV patients.
TASS
3 Dec 21
More editors' picks