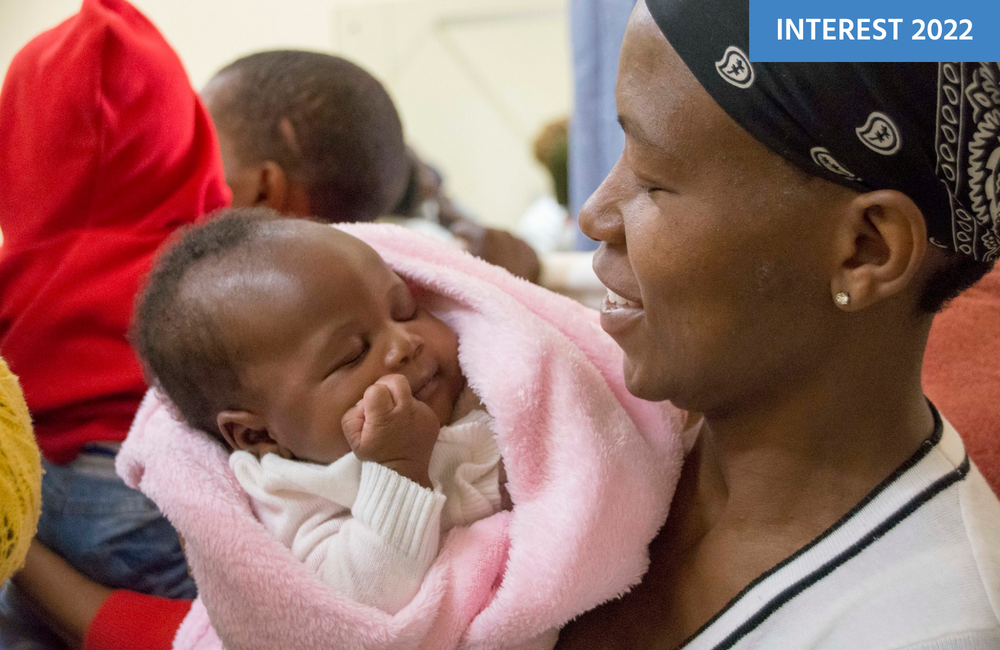 Botswana is testing almost all pregnant women for HIV when they register for antenatal care and retesting HIV-negative women on multiple occasions: every three months during pregnancy, at labour and delivery if there hasn’t been a recent test, six to eight weeks after birth, and every three months whilst breastfeeding.

What’s more, they are doing DNA PCR tests for infants at four-six weeks of age, retesting all breastfed babies who originally tested HIV negative six weeks after cessation of breastfeeding, and a final antibody test at 18-24 months. Eldah Dintwa from Botswana’s Ministry of Health and Wellness told the INTEREST 2022 conference in Kampala that the goal of the country is to reduce mother-to-child transmission to less than 1% by 2024.

Botswana has an HIV prevalence of 20% among the general adult population and 22% among pregnant women. In 2021, it became the first high-burden country to be awarded the ‘silver tier status’ by the World Health Organization. The criteria for silver are bringing mother-to-child HIV transmission rate to under 5%, providing antenatal care and antiretroviral treatment to over 90% of pregnant women, and having an HIV case rate of less than 500 per 100,000 live births. “We achieved the silver status, but we are now going for gold,” Dintwa told the conference.

In 2005, Botswana became the first African country to implement DNA PCR testing using dried blood spots within a national programme. This improved early testing of HIV-exposed babies, leading to early identification and treatment of HIV positive infants. In 2014, they started ART treatment for all children under five years and a year later, based on WHO’s ‘treat all’ recommendation, were one of the first countries to adopt ‘option B+’, an approach in which all HIV-positive pregnant and breastfeeding women start lifelong antiretroviral therapy independent of immune status. In 2016, the country started ‘treat all’ for the general population and introduced dolutegravir. And as of 2019, Botswana has been providing free ART to non-citizens.

The country encourages and supports breastfeeding among mothers living with HIV and a suppressed viral load of less than 400. For those who cannot breastfeed, the government provides safe infant formula feed for 12 months.

As a result, the most recent data show that 98% of women were tested during their pregnancy and 97% of those with HIV received antiretroviral therapy. The rate of vertical transmission has fallen from around 4% a decade ago to 1.1% in 2019 and 0.6% in 2020.

But will Botswana be able to eliminate mother-to-child transmission of HIV?

Dintwa says yes, but with one disclaimer: the country has the challenge of a high case rate because of the high prevalence of HIV among women of childbearing age. However, HIV prevalence has reduced from 37% in 2003 to 22% in 2019 and preliminary results suggest the country has achieved 95-97.9-98 surpassing the UNAIDS target of 95-95-95 targets. Prevention efforts are now focused on adolescents and young women and key populations, which will hopefully further reduce infections among childbearing women.

Dintwa concluded by sharing lessons from the programme that other African countries can adopt: a strong political will; domestic government funding; quick response to new evidence, e.g. change of treatment protocols; investment in capacity building of health workforce; motivated health providers at local level; and strengthened data collection and monitoring.