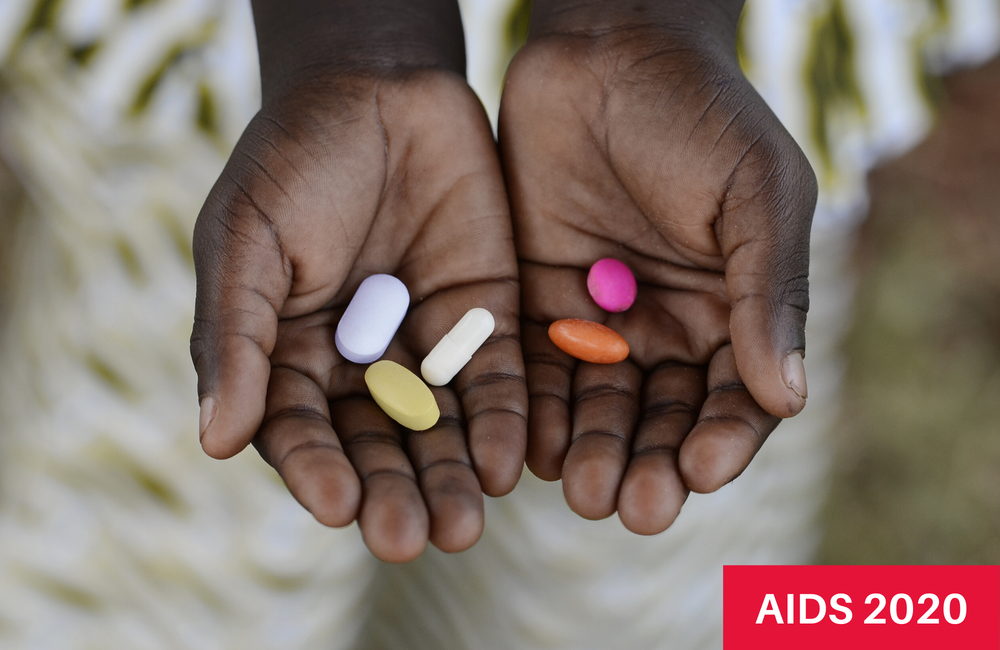 Last week, at the 23rd International AIDS Conference (AIDS 2020: Virtual), 96-week data from two major studies conducted in South Africa and Cameroon confirmed that dolutegravir is an important therapeutic option for people living with HIV in sub-Saharan Africa and other resource-limited settings. However, both studies highlighted the drug’s impact on weight gain.

Dr Simiso Sokhela from the University of the Witswatersrand presented the 96-week primary efficacy results of the ADVANCE study, about which we have reported several times in recent years.

It was designed to evaluate the efficacy and safety of dolutegravir in a South African population of people living with HIV, among which non-nucleoside reverse transcriptase inhibitor (NNRTI) resistance is estimated to range from 5 to 15%, as well as whether a nucleoside backbone regimen containing TAF reduced the risk of kidney and bone toxicities in this setting.

A total of 1053 participants who were antiretroviral-naïve and had a viral load superior to 500 copies were enrolled and assigned to one of the three arms. Baseline characteristics were similar across all three arms: 60% female; median age 32 years, weight 66kg, body mass index 24 (kg/m2) and CD4 counts of between 322 cells/mm3 and 349 cells/mm3.  Approximately 20% of all participants had a viral load above 100,000 copies.

Dr Sokhela clarified that the last viral load measurement for each patient in the week 96-time window was used as main efficacy endpoint for this analysis, and that patients with missing data were classified as treatment failures. She also said that treatment arms were compared for non-inferiority, then for superiority.

Participants in the two dolutegravir-arms achieved viral load suppression faster than those in the efavirenz (standard-of-care) arm. Of note, the proportion of patients with a viral load below 50 copies was similar across all arms by week 24, and this similarity has been maintained up to week 96.

Across all arms, there were few adverse kidney events, although higher numbers were found in the DTG/TDF arm, including 46 grade 3 to 4 creatinine clearance events (vs 14 in the efavirenz arm and 6 in the TAF arm).

DEXA scan bone density measurements performed at baseline, week 48 and week 96, revealed that the DTG/TAF arm had the smallest proportion of participants developing hip or lumbar spine osteopenia, while the efavirenz one had the highest.

By week 96, men had gained more weight in the two dolutegravir arms than in the standard-of-care arm.

This confirmed the 48-week data presented at the IAS 2019 conference. Additionally, in both men and women, the incomplete 144-week data (from a smaller number of participants) suggested a persistent upward trajectory, particularly in the two dolutegravir arms.

Body composition changes were more pronounced in women than in men. Weight increases were largely fat rather than lean body mass, and were distributed in the trunk and limbs, in participants in all three arms of the study. Women gained significantly more fat than men.

In her conclusion, Dr Sokhela commented that the study results illustrated the complexity of programmes in South Africa, as the country was transitioning to dolutegravir-based regimens. She added that the results supported the current World Health Organization (WHO) treatment guidelines, which reserved the regimen containing TAF only for patients with osteoporosis or impaired renal function.

Dr Charles Kouanfack of the University of Dschang presented the 96-week results of the NAMSAL/ANRS 12313 trial. The 48-week results showed that dolutegravir was non-inferior, in terms of efficacy and safety, to efavirenz 400mg, and Kouanfack wanted to see if this was maintained to 96 weeks.

The study enrolled 616 adults living with HIV in Cameroon who had never taken antiretroviral therapy and had a viral load of over 1000 copies. Participants were randomised to receive either:

Of note, the lower efavirenz dose of 400mg was used, whereas it was 600mg in ADVANCE.

Therefore, at baseline, NAMSAL study participants were more advanced, immunologically and virologically, than those in the ADVANCE trial.

At week 96, viral load was below 50 copies for 74% of people on dolutegravir and 72% of those on efavirenz, and the difference between the groups was not statistically significant.

Virological suppression, as per the WHO criteria of less than 1000 copies, was 84% and 82% in the dolutegravir and the efavirenz groups, respectively. As at week 48, people with higher viral loads at entry in the trial had a poorer response to both regimens.

At week 96, six participants showed resistance to NRTIs and NNRTIs, among whom three had switched to efavirenz after the WHO 2018 alert on potential dolutegravir safety issues in women at the time of conception.

Weight gain already at week 48 persisted by week 96, and was over 6kg in participants on dolutegravir, and over 4kg in those on efavirenz. It was more pronounced in women than in men, and it was confirmed through different parameters. For example, weight gain of 10% or more went from 38% of participants on dolutegravir at week 48, to 45% at week 96; while in the efavirenz arm, it went from 29% to 33%.

There were 58 (19%) and 46 (15%) reported adverse events in the dolutegravir and the efavirenz arms, respectively.

In his conclusion, Dr Kouanfack commented that by confirming the non-inferiority of dolutegravir, already seen at week 48, the 96 weeks results further supported the WHO recommendation to use the drug as a preferred first-line regimen and efavirenz 400 mg-based regimen as an alternative. However, he also insisted on the need to pursue the research on weight gain and other adverse events.