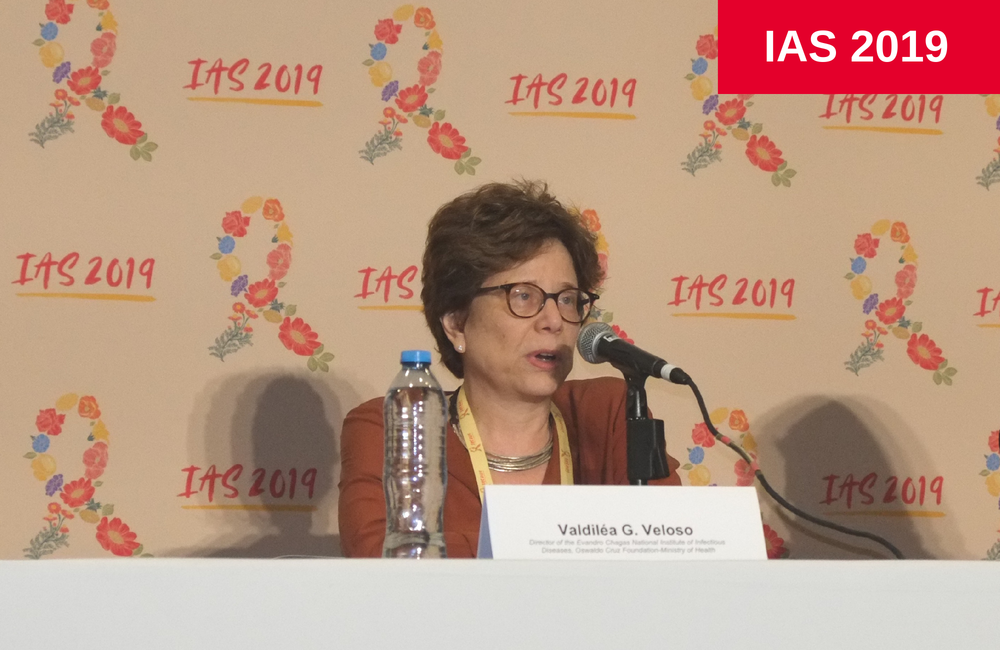 Over 5000 men who have sex with men and transgender women have been enrolled in the ImPrEP demonstration project in Brazil, Mexico and Peru, with early results showing good levels of adherence and continuation, the 10th International AIDS Society Conference on HIV Science (IAS 2019) in Mexico City heard last week. This was one of several studies reporting on efforts to scale-up pre-exposure prophylaxis (PrEP) in Latin America presented at the conference.

Contextual factors and structural barriers in the region limit access to prevention tools like PrEP for marginalised populations such as men who have sex with men (MSM) and transgender women. These include acts of violence, homophobia, transphobia, lack of economic opportunities, high costs and high levels of stigma towards these groups, along with PrEP stigma due to its association with HIV.

MSM and transgender women account for 65% of the approximately 100,000 new annual HIV infections in Latin America. Although iPrEx, the first study to demonstrate the efficacy of PrEP, was mostly conducted in the region, the adoption and implementation of PrEP for key populations has been slow.

Knowledge and uptake among MSM in Mexico

Dr Ian Holloway of the University of California, Los Angeles presented research on PrEP knowledge, intention and uptake among an online sample of MSM in Mexico. While PrEP use was found to be low, knowledge of and intention to use PrEP were both high.

Data were collected between November 2018 and January 2019 against the backdrop of the ImPrEP trial scaling up PrEP services for MSM. A sample of of 2467 HIV-negative men were recruited via a geosocial dating app, Hornet. Four-fifths of men were aged between 18 and 40.

A large percentage of men (76%) had heard about PrEP, mainly from the internet and apps such as Hornet. Increased PrEP knowledge was associated with being under 40 and was twice as likely among those who had ever tested for a sexually transmitted infection (STI). Over a third of men intended to use PrEP in the next six months and this was more than twice as likely in those who used the Know Your Status function on Hornet (this feature encourages users to be aware of their HIV status and they can reveal it to other users on the app). Illicit drug use (reported by 3% of men) was also associated with intention to use PrEP.

PrEP uptake was low, with less than 4% of men currently using PrEP and only 5% using it in the last year. Mexico City had the most PrEP users (60 men), with smaller numbers dotted around the country. Main sources included doctors (50%) and research studies (29%). PrEP use was associated with being older, with illicit substance use and with STI testing (nearly seven times more likely).

“There was high PrEP knowledge, yet low PrEP uptake,” Holloway concluded. “However, over one-third of the sample intends to take PrEP in the next 6 months. This shows a high demand among MSM in the context of multiple structural barriers including homophobia.”

The ImPrEP Study in Mexico, Brazil and Peru

Dr Valdiléa Veloso presented results from the ImPrEP study, which looked at same-day PrEP initiation and adherence for MSM and transwomen in three Latin American countries: Mexico (6 sites in 3 cities), Brazil (14 sites in 12 cities) and Peru (10 sites in 7 cities). Results showed that, overall, same-day initiation was feasible and safe with good levels of early continuation and adherence.

Sites included sexual health clinics and community organisations. From February 2018 until April 2019, 5354 individuals were enrolled in Brazil (3466), Peru (1149) and Mexico (739), accumulating 2069 person-years of PrEP use. All potential participants underwent screening for HIV and other STIs, renal function and behavioural risk factors.

At-risk, HIV-negative MSM and transwomen were given a 30-day supply of PrEP and re-assessed after a month. They were then given a 90-day medication supply, with quarterly checks thereafter. The same-day initiation approach ensures that there is no delay in terms of PrEP need and utilisation and removes the initial barrier to accessing PrEP after need has been determined.

The largest group of participants was aged between 25-34 (46%), with Peru having more younger participants aged 18-24 (37%). More than 76% of all participants were educated beyond secondary school. MSM made up 94% of the total sample, while Peru had more transwomen participating (14% of participants there).

Condomless sex was reported by 91%, including 21% with HIV-positive partners and 49% who were unaware of their partners’ status. Fourteen per cent of the sample engaged in sex work, over two-thirds reported binge drinking and a quarter reported using stimulant drugs.

Ninety-four per cent of all participants had at least one visit after enrolment in the study, with 80% displaying early continuation (2 follow-up visits within 120 days of PrEP initiation). Overall PrEP adherence was high with 97% having used at least 16 days of medication within the past month. Continuation rates for transwomen were much lower (56%), with adherence at 89%. Younger people (18-24) also showed lower rates of early continuation at 70%, but high adherence.  Peru displayed the lowest continuation (54%) and adherence (91%) rates.

HIV incidence per 100 person-years was 0.6 overall but significantly higher in Peru (2.4), which was accounted for by the higher number of young people and transwomen enrolled there.

The PrEParadas study in Brazil

Implementing PrEP roll-out programmes for transgender women has been particularly challenging in Latin America due to structural barriers including violence against transwomen. There have also been concerns about interactions between PrEP and hormones, as well as providing PrEP in gender-affirmative settings by trained healthcare providers.

Recruitment was by self-referral, peers or community educators, in 2017-2018. Eligible participants were people who had been assigned male at birth, were HIV negative and engaging in high-risk sexual behaviours such as condomless sex, reporting an STI in the past year or transactional sex.

Of the initial 318 transwomen assessed, 271 were potentially eligible and 130 were finally enrolled (uptake of 48%). Median age was 30 and 18% of participants had less than eight years of schooling. Approximately 30% had unstable housing and nearly half were using hormones. There were high levels of binge drinking (65%) and nearly a third had experienced violence in the past three months. Follow-up occurred at week four and quarterly thereafter. PrEP adherence was measured by medication counts as well as drug levels in dried blood spots.

Most participants returned at week four (89%). Over 60% had taken between four and seven PrEP doses per week, with a slightly lower level of adherence (55%) at 12 weeks. The factors associated with poor PrEP engagement at 12 weeks included unstable housing (nearly three times as likely to have poor PrEP engagement) and stimulant use (nearly four times as likely). The study is ongoing with more results expected for longer-term engagement.

While the study of MSM in Mexico showed high levels of knowledge but low uptake among those using a geosocial app, the ImPrEP study showed higher levels of PrEP uptake. This is most likely due to the fact that MSM already attending sexual health clinics could access PrEP there. It indicates a gap between those who know about and intend to use PrEP and those actually accessing it.

Importantly, the ImPrEP study has currently halted with no new intake; there was also a reduction in the intended number of participating Mexican cities from eight to three. This has been due to funding changes from the Mexican government, a shortage of medication and a climate of confusion as to which communities would benefit most from PrEP. This will affect MSM and transwomen who are able to access PrEP in Mexico.

Results from Brazil indicated good PrEP uptake for transwomen; however social vulnerability presented an important barrier. Tailored interventions for young people and transwomen need to be developed. Overall, the results of these studies indicate that if PrEP is available and easy to access, key populations display good uptake and adherence, and an effect on HIV incidence can be seen.