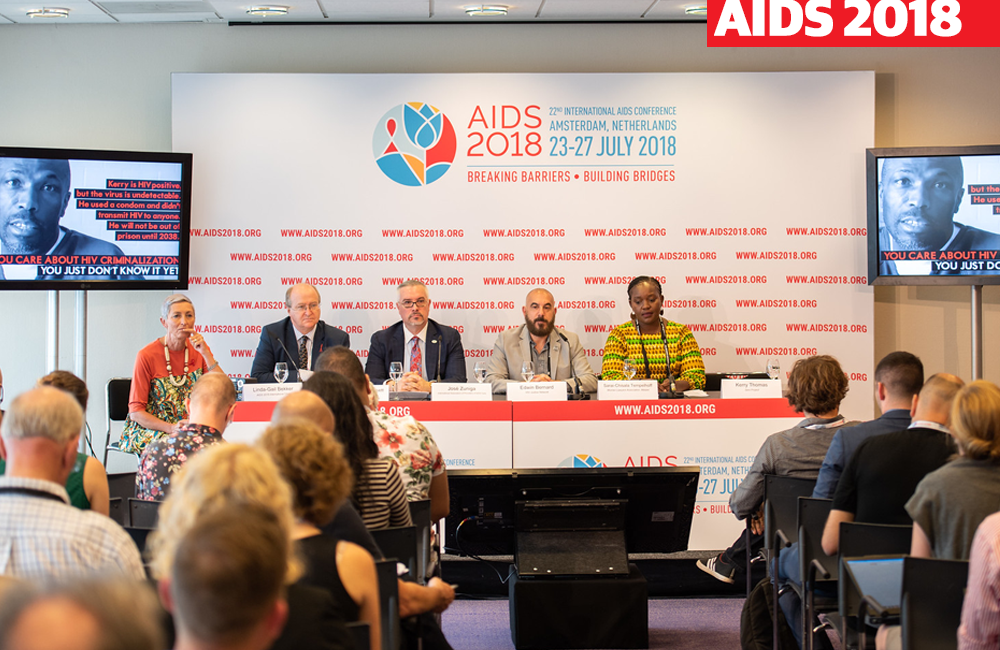 One of the most significant events at the 22nd International AIDS Conference (AIDS 2018) was the publication of the Expert consensus statement on the science of HIV in the context of criminal law. Authored by 20 of the world’s leading scientists, and based on robust evidence, the statement counsels caution when prosecuting people for HIV transmission, exposure and non-disclosure, and encourages governments, law enforcement officers, and those working in the judicial system to note carefully advances in HIV science so as to ensure that current knowledge in this field informs the application of the law.

The statement is notable not only for its engagement with the most recent research findings, its intended global reach, and in its uncompromising recognition of the impact which the refusal to deploy, or to misuse, science can have.

Most critically, the statement is explicit that its purpose is to assist those providing expert opinion evidence in individual criminal cases, and that it is “not intended as a public health document to inform HIV prevention, treatment and care messaging or programming”. This is important. One of the errors that criminal justice and judicial authorities have made when using estimates of the transmission risk associated with particular acts is to apply population, or aggregate, risk estimates to individual people’s conduct on specific occasions. So, research using such data that indicates 80% condom effectiveness against HIV transmission during penetrative vaginal sex might be taken to suggest that on any one occasion there is a 1 in 5 chance that the receptive partner will acquire the virus. This could lead a court on an HIV exposure allegation to consider the risk to be relatively high, and so lead to a conviction.

However, as the statement explains, "if the estimated risk of HIV transmission from an HIV-positive man to a woman during a single episode of condomless vaginal sex is 0.08%, then the risk of transmission when a condom is used can be understood as at least 80% lower, or 0.016% (less than 2 in 10,000)".  Further, "when other risk reduction factors are present (e.g. low viral load or withdrawal before ejaculation) the possibility of HIV transmission, even in the event of incorrect condom use, is further reduced". [References omitted]

The first part of the statement focuses on the factors influencing transmission risk and the risk associated with particular acts. On the basis of the best available evidence it concludes as follows:

As regards particular acts, the statement affirms the following (emphasis in original, references omitted).  Where more than one box is checked, it means that the context of the act can make a difference.

The harmfulness of HIV

The second part of the Consensus Statement recognises that "persistent misconceptions exaggerating the harms of HIV infection appear to influence application of the criminal law". This is important because, for example, if HIV infection is assumed to be a grievous (serious) bodily harm, a defendant will typically receive a more severe punishment than if it is not. The Statement emphasises the impact of effective treatment, and that in many countries people living with HIV on treatment live both well and longer. As the Statement says, "Although HIV causes an infection that requires continuous treatment with antiretroviral therapy, people living with HIV can live long, productive lives including working, studying, travelling, having relationships, having and raising children, and contributing to society".

Where HIV transmission is alleged, it is critical that there is proof beyond reasonable doubt that the defendant infected the complainant. Prosecutors will typically use medical records, sexual history, and phylogenetic analysis of HIV samples from the defendant and complainant as part of the evidence in its case. Such evidence has been misused and misunderstood in a number of cases. The Consensus Statement states that:

The Consensus Statement is a milestone in the history of HIV criminalisation, and in the campaign to ensure that people living with HIV are treated fairly in the criminal justice system. Its welcome conclusion is that "more caution be exercised when considering criminal prosecution, including careful appraisal of current scientific evidence on HIV-related risks and harms. This is instrumental to reduce stigma and discrimination and to avoid miscarriages of justice".

Stealthing, the act of removing a condom during intercourse without the other partner’s consent, is gaining attention among US lawmakers.
The Washington Post
17 Jun 22
HIV & criminal law

Uganda: Final arguments in landmark case challenging HIV criminalisation law to be made within a week

Under the revised law, a PLHIV who knows their status but fails to disclose it only commits this felony if they engage in a sexual act where there is “a significant risk based on scientifically supported levels of risk of transmission” and they have the specific intent to transmit the disease.
Georgia Equality
12 May 22
More editors' picks