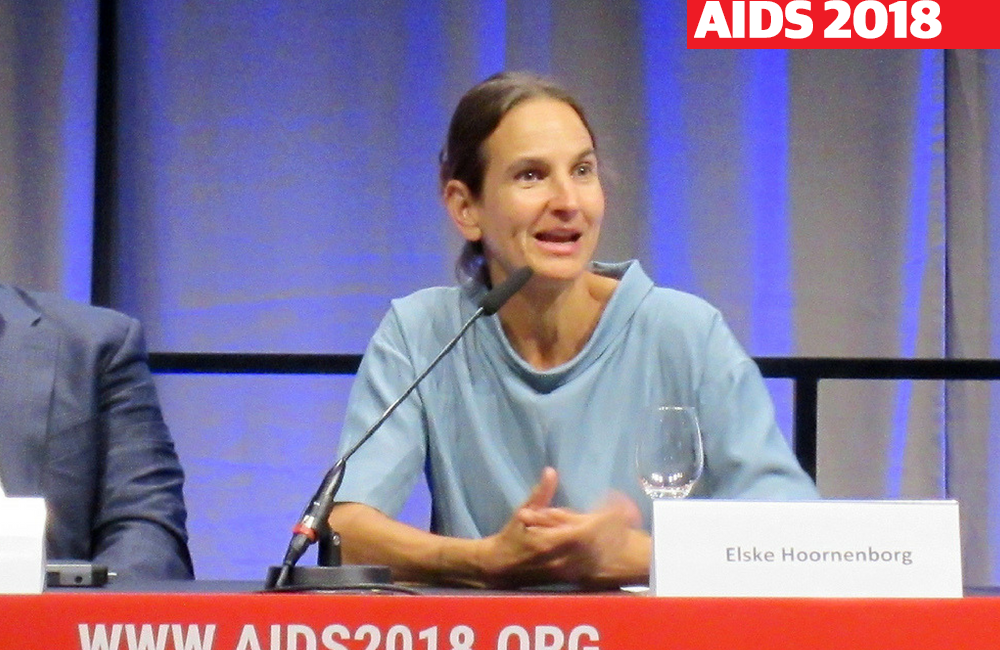 Regular hepatitis C testing among the HIV-negative gay men and other men who have sex with men (MSM) participating in the Amsterdam pre-exposure prophylaxis (PrEP) demonstration project (AmPrEP) has revealed infection rates via sex previously only associated with HIV-positive gay men. The incidence rate of re-infection in men already treated for hepatitis C was even higher, resembling more the incidence of bacterial sexually transmitted infections (STIs) such as gonorrhoea.

AmPrEP principal investigator Elske Hoornenborg presented findings at the 22nd International AIDS Conference (AIDS 2018) in Amsterdam. She commented that sexual health information and encouragement to avoid behaviours that may spread hepatitis C were important but that frequent testing and immediate hepatitis C treatment were probably the only way to start bringing down the rates of circulating hepatitis C in the gay community.

AmPrEP is still ongoing. Starting in August 2015, it is due to end in December 2020 and has recruited 374 MSM and two transgender women and offers them a choice of daily or event-driven HIV PrEP.

In the meantime, on 10 July, the Dutch government announced that it would support a heavily subsidised price of €12 a month for people buying PrEP for a trial period of five years, forecasting that about 6500 people are expected to join the programme.

In AmPrEP, participants are tested for hepatitis C every six months. The present figures are from August 2015 to December 2017 and most of the people in the study were followed for that whole time period.

There was already a quite high prevalence rate of 4.8% for hepatitis C infection among men tested when they joined AmPrEP.

There were 12 new hepatitis C infections diagnosed up to December 2017. This indicates an annual incidence of about 1%. This rate increased slightly but not significantly during the second year.

The 1% rate is quite typical of rates of sexual hepatitis C infection among HIV-positive gay men – but it hasn’t been seen in HIV-negative gay men before.

Nine infections were of hepatitis C virus (HCV) genotype 1, with one each of genotypes 2, 3, and 4. Phylogenetic analysis showed that eight out of the nine new hepatitis C genotype 1 infections fell into three infection “clusters” of 21, 18 and eight members whose hepatitis C was closely related.

This shows that at least some of the explanation for rising hepatitis C rates in HIV-negative men – and why the rate has been so much higher in men with HIV – is that ‘serosorting’ behaviour, and especially the type where condomless sex is only practised in men who are confident their partner has the same HIV status as theirs, is now breaking down in the PrEP era, with a lot more sex that can transmit hepatitis C taking place across the HIV serodivide.

Of the 12 hepatitis C infections, six were of men already treated for and cured of hepatitis C already.

The annual incidence rate for re-infection, given the relatively short interval between cure and subsequent re-infection – was an extraordinarily high 25.5% a year. This would be a record even for sexually transmitted HIV and is unprecedented for hepatitis C in MSM.

Aidsmap.com asked Dr Hoornenborg if these rates, more typical of hepatitis C transmitted by unsterilised needles, might be due to transmission between men injecting drugs during ‘chemsex’.

She said: “We think not. We supply clean injecting equipment if needed, and our participants who do inject drugs are adamant that they don’t share needles.

“We think it’s simpler than that: previously, hepatitis C was hard to cure, so by definition you couldn’t become re-infected.

“Now you can, and we are finding that there is a subgroup of gay men whose behaviour puts them at a risk of hepatitis C that’s comparable to other STIs.

“It’s important to ask what risks they are taking and help them avoid ones that can transmit hepatitis C. But the ultimate answer to this is to test for hepatitis C as frequently as for other STIs and to provide affordable hepatitis C treatment as soon as possible after testing.”

However, she did flag up one other issue.

“Only five of our newly infected men actually live in Amsterdam (42%). We know some travel from towns quite a long way from here to get PrEP. However they are travelling even further to encounter hepatitis C: we know from their accounts that many probably caught in in cities like London, Berlin and Paris, where they go for sex parties.

“We can only really tackle hepatitis C in gay men if we tackle it on a Europe-wide basis.”