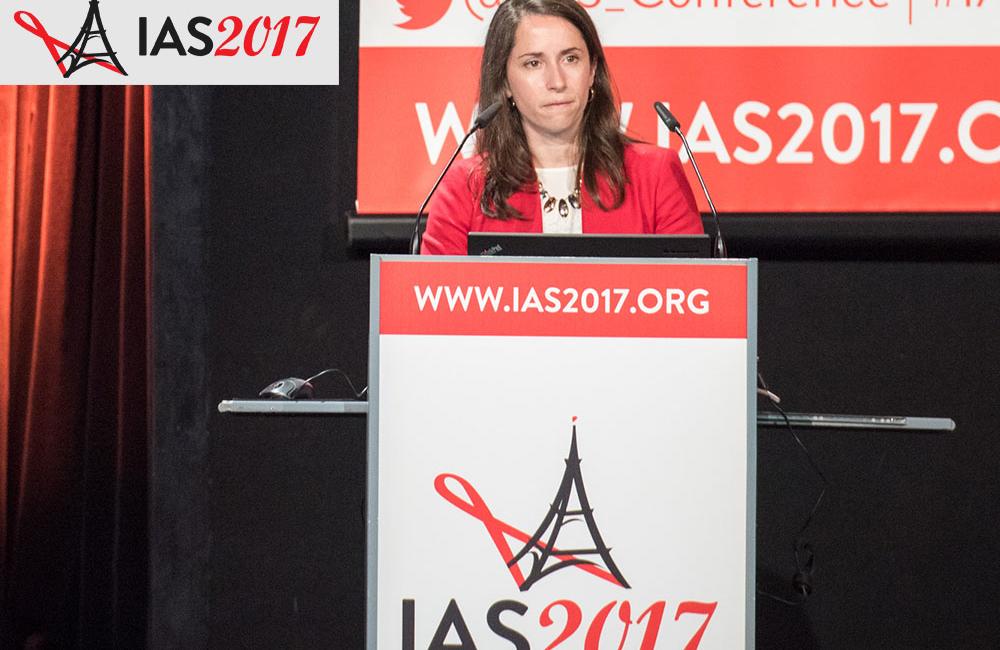 Dolutegravir-based antiretroviral therapy (ART) started in pregnancy is as safe as efavirenz-based ART, according to a study of birth outcomes at eight maternity wards throughout Botswana accounting for close to half of all nationwide deliveries, Rebecca Zash of Beth Israel Deaconess Medical Center told participants on Monday at the 9th International AIDS Society Conference on HIV Science (IAS 2017).

And, a French study of birth outcomes in women exposed to raltegravir during pregnancy found no excess risk of adverse birth outcomes compared to other antiretroviral regimens.

Dolutegravir and raltegravir are HIV integrase inhibitors and the drugs are being prescribed more frequently as preferred options for first-line treatment. The findings presented this week are the first large surveys of adverse birth outcomes in women exposed to either drug.

Dolutegravir and birth outcomes in Botswana

In 2016 the World Health Organization added dolutegravir, an integrase inhibitor, to its HIV treatment guidelines as an alternative first-line ART for adults and adolescents over 12 years of age.

Due to its potency, improved tolerability and higher barrier to drug resistance dolutegravir provides better clinical benefits compared to another integrase inhibitor, raltegravir (the safety in pregnancy of the latter is discussed below). Switching to dolutegravir from an efavirenz-based first-line ART, the most common regimen used in pregnancy in high-burden countries, may also be cost-effective because relatively less active pharmaceutical ingredient is needed to make it.

So, many countries are moving to a dolutegravir-based ART as a first-line recommended regimen.

However, the lack of a sufficient evidence base for safety and efficacy of dolutegravir (among other new antiretrovirals) means its introduction as the preferred first-line option is being approached cautiously in many low- and middle-income countries. Importantly, more evidence is needed on safety during pregnancy and breastfeeding.

In 2016 Botswana changed first-line ART from the efavirenz-based regimen to the dolutegravir-based option including for pregnant women.

At the 2016 Conference on Retroviruses and Opportunistic Infections (CROI) this year Dr Zash presented findings from a two-year analysis of a study (Tsepamo) showing that an efavirenz-based regimen in pregnancy was safer than four older ART regimens. The differences in birth outcomes were significant with a 6 to 12% lower prevalence for any adverse outcomes and a 6 to 11% lower prevalence for severe adverse outcomes.

With the change in Botswana national guidelines Dr Zash and her colleagues were able to perform a dolutegravir analysis within the Tsepamo study.

ART was started at a median of 19 weeks (IQR: 15-25) and 21 weeks (IQR: 16-27) into the pregnancy among those on the dolutegravir- and efavirenz-based regimens, respectively.

The findings for preterm birth are similar, 18% and 19% among infants born to mothers starting dolutegravir- and efavirenz-based regimens in pregnancy, respectively and 4% for very preterm births for both regimens.

Among the infants of the 512 women (116 DTG/TDF/FTC and 396 EFV/TDF/FTC) who started ART in the first trimester only one major congenital abnormality was identified, namely skeletal dysplasia in an efavirenz-exposed infant. This is very preliminary given the small number.

Dr Zash concluded while these findings are very reassuring further studies are needed to look at the safety of dolutegravir exposure from conception, congenital abnormalities, combinations with other antiretroviral backbones and maternal viral load at delivery.

Dr Jeanne Sibiude presenting findings, on behalf of the ANRS-French Perinatal Cohort (EPF), from the largest prospective cohort study of children exposed to raltegravir during pregnancy yet studied found no evidence of an association between birth defects and exposure to raltegravir.

In France increasing numbers of women are prescribed a wide range of antiretrovirals from conception, of which raltegravir accounts for approximately 10%.

There is no published literature on the association of exposure to raltegravir and birth defects. There is evidence of the placental transfer of raltegravir.

Begun in 1985 EPF, a multicentre (100 sites) national ongoing prospective cohort enrols all pregnant HIV-infected women with an estimated 70% coverage. Paediatricians follow uninfected children up until two years of age and infected children until 18.

All children exposed to raltegravir during pregnancy were included. Rates and types of birth defects were compared according to the timing of exposure (first trimester compared to second and third trimesters).

Rates of birth defects were 4.2% for all births and 4.2% among live births. This compares with a previous EPF study of 4.4% for live births of infants exposed to any antiretroviral drug during pregnancy.

Continuous epidemiological surveillance of new drugs and the risk for birth defects is needed, she added.