Scale-up of testing was feasible, but people diagnosed with HIV were slow to enter treatment services
Roger Pebody 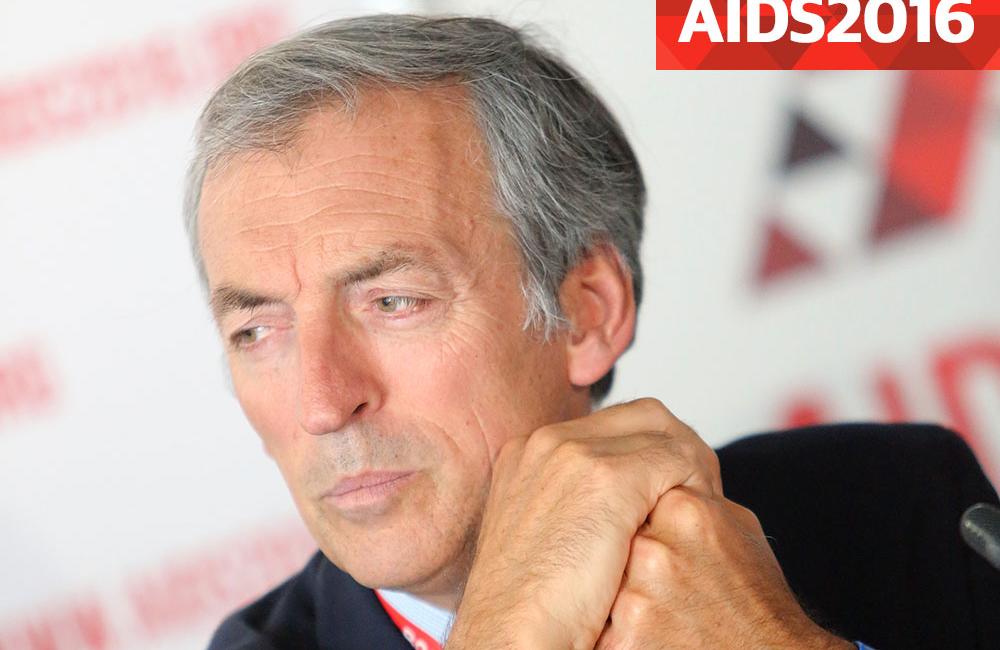 The first major research study of ‘test and treat’ as a public health intervention to report its final results has found that the strategy failed to reduce new HIV infections in the communities where it was provided.

Speaking to the 21st International AIDS Conference (AIDS 2016) in Durban, South Africa on Friday, François Dabis of the University of Bordeaux said that data collection for the ANRS 12249 study was only completed a month ago. Therefore his team has not yet been able to dig deep into the data to explain the findings.

But it is already apparent that many individuals diagnosed with HIV did not link with medical care or took many months to do so. Only 49% of diagnosed individuals took treatment.

The study was far more successful in terms of bringing HIV testing to people who needed it – 92% of people with HIV knew their status. And treatment was highly effective in those who took it, with 93% having an undetectable viral load. These results were achieved in a rural, poor area of KwaZulu-Natal, South Africa.

Therefore in terms of the 90-90-90 targets, the study achieved 92-49-93. The weakness at the crucial middle stage may explain the lack of impact on new HIV infections. But the reasons for the poor linkage to care will need to be unpacked.

The ANRS 12249 study aimed to find out what is the effectiveness of an HIV treatment as prevention (TasP) intervention at the population level in an African community profoundly burdened by HIV.

Whereas studies such as HPTN052 and PARTNER have examined the impact of HIV treatment on individuals and couples, this is the first of five massive randomised studies to examine the population impact of scaling up TasP or ‘universal test and treat’ in African countries. The study aimed to see if the approach was feasible to deliver and acceptable to local communities, but its primary aim was to reduce the number of new infections.

Therefore the primary outcome was HIV incidence, as measured in the general population.

The study was conducted in the Hlabisa sub-district of KwaZulu-Natal. Located a three-hour drive from Durban, three-in-ten people there are living with HIV – the highest prevalence in South Africa and one of the highest in the world. Previous observational studies in the area had shown that neighbourhoods in which more people with HIV were taking antiretrovirals, new infections were lower. But would a further scale-up of treatment be feasible and improve results further?

This was a cluster-randomised controlled trial, in which the unit of randomisation were geographic areas (clusters) of around 1000 residents each. There were 22 of these clusters in the area studied. They were divided into two groups, 11 intervention clusters and 11 control clusters.

This approach, already used successfully in the region, helps overcome some of the barriers of access to testing services. It can reach individuals who are harder to engage with other approaches, including adolescents, rural residents and those with limited access to the formal healthcare system.

When the trial began in 2012, there was a clear difference between the intervention’s test and treat approach and the national guidelines, which recommended treatment for those with a CD4 cell count below 350 cells/mm3.  However that level was changed in January 2015 to 500 cells/mm3. Guidelines are about to change again, to recommend treatment for all – as in the intervention arm.

It’s worth stressing that the only difference between the intervention and control groups was in terms of eligibility for HIV treatment. Otherwise, there were few differences between the arms: the door-to-door testing happened in both; outreach HIV treatment clinics (within a 45 minute walk of all homes) were provided in both.

So although the researchers describe the strategy tested as one of ‘universal test and treat’, any difference that could have been observed between the intervention and control groups should only be due to the change in treatment eligibility. Unlike some other test and treat studies, the intervention arm did not include more intense provision of HIV testing or additional changes to make medical services easier to use.

There were 28,153 people in the study population at the beginning of the trial. Fewer men (37%) than women were enrolled. Most people reached were between 22 and 50 years old, with a median age of 30.

As expected, 31% of people were already living with HIV. Just 34% of them were taking HIV treatment.

The door-to-door testing programme was able to provide HIV testing, at least once, for 88% of people contacted. And in each round, over 70% of those contacted, accepted the offer of repeat testing.

But when individuals were diagnosed, linkage to care was poor:

Those figures were nearly identical for both control and intervention groups. But as envisaged, far more people in the intervention group (91%) than in the control group (52%) began HIV treatment soon after linkage to care. Almost all people who began treatment achieved an undetectable viral load.

In terms of the 90-90-90 target, both the ‘first 90’ and the ‘last 90’ were surpassed – and in both intervention and control communities. But results for the ‘second 90’, reflecting the numbers beginning treatment, were poor.

It’s also worth noting how similar the results were between the intervention and control groups.

Incidence did not differ between the intervention clusters (2.13%) and the control clusters (2.27%) – this difference was not statistically significant.

“The universal test and treat strategy had no measurable effect on HIV incidence over the course of the trial,” summed up François Dabis.

However, he stressed two pieces of ‘good news’ from the trial. Firstly, there was good take-up of the offer of repeated HIV screening at home, with almost all people being tested at least once. Secondly, the virological response to HIV treatment was excellent in those people who took it.

The analysis presented today was preliminary (data collection was only completed a month ago). Dabis said that further analyses will attempt to gain a better understanding of how results differed between men and women, and for people of different ages.

The researchers will try to clarify the reasons people did not link to care – does the explanation lie in the way health services are provided, individual factors or community stigma? They will seek to better understand the differences between the profile of individuals reached and not reached by interventions.

During discussion, Myron Cohen of the University of North Carolina suggested that delays in linking to care could have meant that individuals with recent HIV infection disproportionately contributed to onward transmission. Moreover, it will be important to understand the impact of migration and sexual networks which reach outside the study area, which may contribute to new HIV infections.

François Dabis said that, although the study was hypothesised to show an effect of TasP after four years of follow-up, it may be that it will take longer to have an impact on incidence, in light of the slowness of linkage to care.

Other delegates suggested that the intervention clusters may not have received a package of interventions that was sufficiently intensive, in comparison with the control clusters. For example a more intensive approach to help people link to care, such as home-based initiation of HIV treatment, could have had a greater impact.

Sheri Lippman of the University of California, chairing the session, commented that it may take more than technical solutions to deal with the structural barriers to engagement with care that exist.

An effort to make quality life an official UN target may have failed, but it made an impact nonetheless.
Politico
24 Mar 21
Achieving the 90-90-90 target

Data reported to UNAIDS by countries have been used to project the potential impact of the COVID-19 pandemic on the global HIV response over the next five years. Several scenarios with different durations of service disruptions of between three months and two years were modelled.
UNAIDS
14 Dec 20
More editors' picks