Stigma persists in the undetectable era 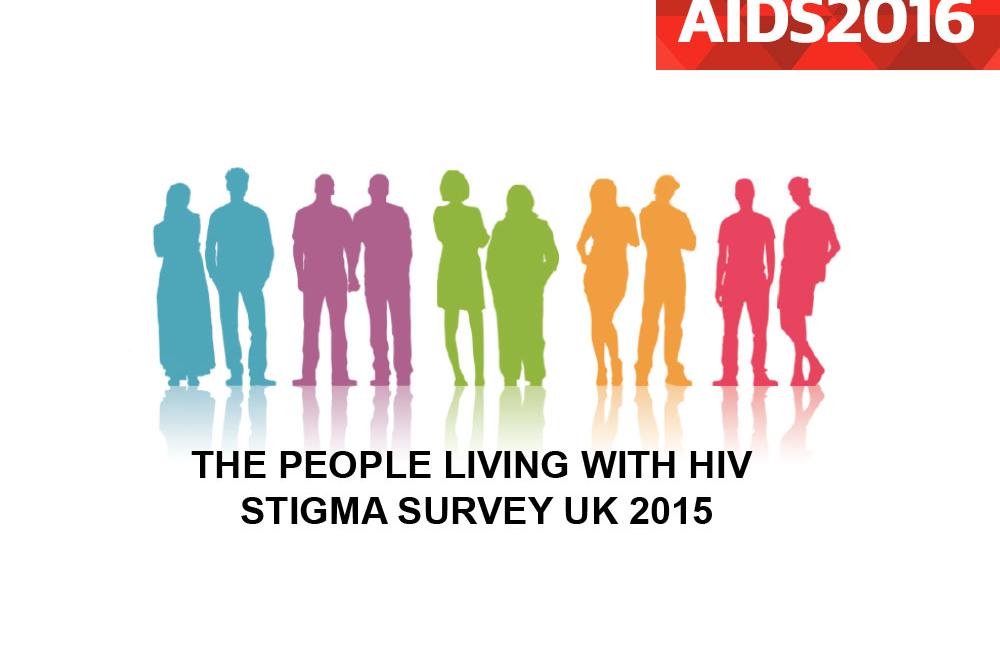 In an era of widespread HIV treatment and undetectable viral load, stigma remains a persistent feature in the lives of almost half of people living with diagnosed HIV in the UK, according to findings from The People Living with HIV Stigma Survey UK 2015 reported at the 21st International AIDS Conference (AIDS 2016) in Durban, South Africa last week. Nonetheless the majority of people living with HIV score highly on measures of psychological resilience, enabling them to cope better with stigma.

A total of 1576 people recruited from 120 community organisations and 47 HIV clinics throughout the United Kingdom completed an anonymous online survey. Participants broadly represented the demography of people accessing HIV care in the UK. In addition, 40 semi-structured interviews were carried out with a subsample.

Instances of anticipated stigma (the person with HIV expecting someone else to have a poor opinion or bad reaction to them) were reported during almost all in-depth interviews. For example, one woman said:

“In my church I’ve never really alluded to having HIV, because I don’t know how they would think.”

Anticipated stigma was most often experienced when considering talking about HIV status with a potential sexual partner.

“It’s amazing that despite the advances in treatment, people’s attitudes are still exactly the same. The same as a long time ago, when it first started.”

Nonetheless understandings of the impact of antiretroviral treatment on infectiousness had empowered some people.

“I think it’s given people living with HIV more confidence. A lot more people are now saying, I’m not infectious, fine, then I’ll go ahead and be a bit more confident in trying to find someone to date.”

Overall, 27% of respondents had low resilience, 39% had medium resilience and 34% had high resilience.

Thematic analysis of participants’ experiences of living with HIV identified that those with low resilience most commonly reported social isolation and negative experiences, whereas those with high resilience focused on adopting healthier behaviours and empowering experiences.

Resilience was an important theme during in-depth interviews:

“I do not feel I require others’ acceptance or approval. I do not feel this status fundamentally changes the person I am but my willingness to believe in myself as undiminished has required of me to dig deep within and be courageous.”

“I was diagnosed with a CD4 count of 10. My CD4 was in between life and death, it’s a thin line… Life is wonderful, I make the most of what I have.”

Healthcare remains an important site of stigma. The researchers found that 40% of respondents had experienced negative treatment in a healthcare setting, including the use of excessive barrier protection, negative comments and being given the last appointment of the day. Past problems were associated with being worried about future interactions with healthcare staff (anticipated stigma) and avoiding care, most often at a GP or dentist.

Compared with white British or Irish participants, people of other ethnicities experienced greater problems with disclosure and discrimination. Among people of other ethnicities, 21% had not disclosed their HIV status to anyone outside of healthcare settings, compared to 12% of white British or Irish people. When disclosure had occurred, they were less likely to feel that they had received appropriate support.

Among people of other ethnicities, 19% reported experiences of gossip, 16% sexual rejection, 10% verbal harassment and 5% exclusion from social or family gatherings.

Women also reported more instances of stigma than men. They were especially likely to have concerns about the potential for gossip or sexual rejection (anticipated stigma). Perhaps as a result, 29% had avoided sex and 10% had avoided family gatherings.

“I haven’t felt comfortable not being open about it... I’ve found it really hard not being able to be completely honest with people.”

“We forget that we're human. We are. We are human beings”: long-term HIV survivors living on society’s margins

Fact Check: Did Rush Limbaugh Read a List of Gay Men Who Died as an 'AIDS Update'?

True: Rush Limbaugh had a segment on his radio show in which he mocked people dying of AIDS.
Newsweek
19 Feb 21
PrEP programmes & uptake

Across the world, authorities have been using coronavirus control measures as justification to attack and arbitrarily arrest people living with HIV, particularly those in the lesbian, gay, bisexual, and transgender communities (LGBTQ+).
SciDev.Net
27 Nov 20
Human rights

INDIVIDUALS from key populations affected by HIV and AIDS are still being denied basic human rights, despite efforts to combat HIV-related discrimination, according to a 2020 study.
Jamaica Observer
27 Nov 20
Experiences of stigma