Overall PrEP effectiveness in iPrEx OLE study 50%, but 100% in those taking four or more doses a week 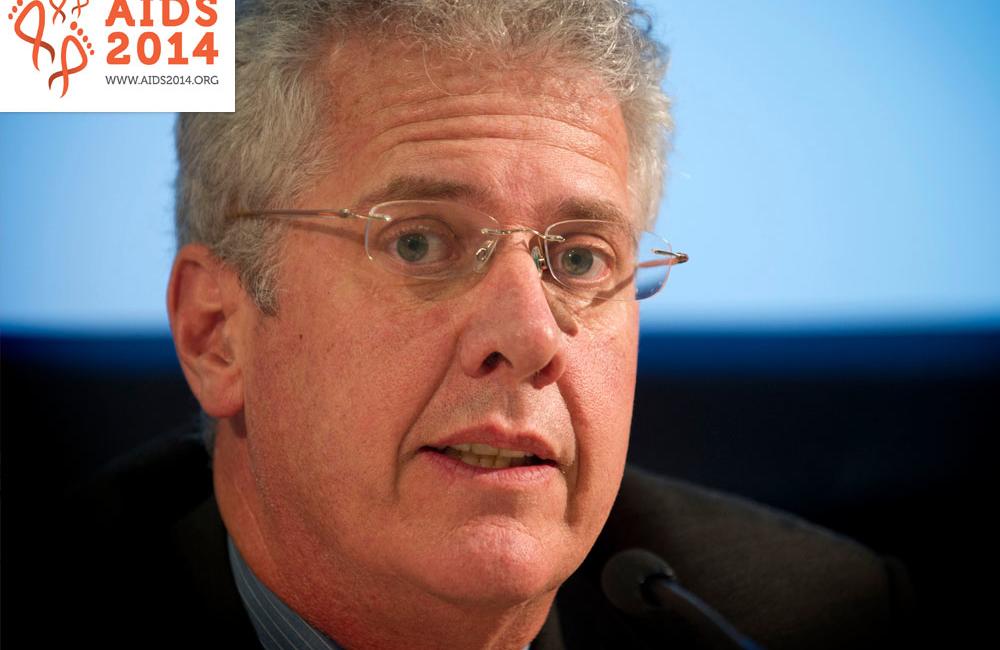 The open-label extension of the iPrEx study of pre-exposure prophylaxis (iPrEx OLE) reported its main findings at the 20th International AIDS Conference (AIDS 2014) in Melbourne, Australia today, and published simultaneously in The Lancet Infectious Diseases.

Recruitment, retention and adherence data were reported a year ago in Kuala Lumpur but now we know how this translated into efficacy. The study recruited 1603 participants, of which 1225 elected to take PrEP.

The group of gay men and transgender women in this study who elected to take a daily tenofovir/emtricitabine (Truvada) pill had half as many HIV infections (relative risk = 0.51) compared with a comparator group of people who elected to stay in the study but not to take PrEP. They also had half the HIV infection rate (relative risk = 0.49) of people in the placebo arm of the original iPrEx randomised controlled trial (RCT).

"If people were at higher risk they took more PrEP and adhered to it better...it shows that people who are at risk can take reasonable and appropriate decisions on their own behalf." Robert Grant

As has been seen in other studies of pre-exposure prophylaxis (PrEP), as well as in the original iPrEx RCT, the primary determining factor when it came to the efficacy of PrEP was adherence. All participants in iPrEx OLE had their level of adherence calculated from drug levels observed in blood samples.

More about the study and its participants

IPrEx OLE had a flexible design whereby participants could join the study but could elect to start PrEP at any time in the first 48 weeks of the study – they did not have to be taking it from the start. They could also stop taking PrEP whenever they liked. Participants were followed-up for 72 weeks regardless of whether they were taking PrEP or not. Some 23% of people from the RCTs elected to join iPrEx OLE but not to actually take PrEP, thus forming a control group. All participants received sexual health counselling and participants taking PrEP received extra adherence counselling.

Everyone who started PrEP had a blood sample taken to assess drug levels at some point in the first twelve weeks after starting PrEP: participants did not know exactly which blood sample was used for drug levels. In addition, a randomly selected 27% of participants had drug levels measured at every visit, and anyone who became HIV-positive had drug levels at every visit assessed retrospectively. All participants were tested for HIV every three months and for sexually transmitted infections (STIs) including syphilis, herpes, gonorrhoea and chlamydia every six months.

As reported previously, less than half of the participants who had been in the iPrEx study (44%) went on to take part in iPrEx OLE. A few of these (5%) became HIV positive in the gap between studies but most elected not to continue, with concern about side-effects being the biggest reason cited for not continuing. Two people were found to have acute HIV infection at the time they started iPrEx OLE.

Also as noted previously, drug levels varied by site: the proportion of participants with detectable drug in their blood varied from 83% in the USA to 62% in Ecuador, and in every country except the USA, adherence was better than it had been in the original iPrEx RCT.

However, seven of these participants had actually stopped taking PrEP more than two months before they became HIV positive, in five cases because of side-effects.

This meant that HIV infection rates in people on PrEP were 36% lower than in people not on PrEP. However, people who chose not to take PrEP had, as one might expect, lower rates of HIV risk behaviour at the start of the study than those who elected to take PrEP. Adjusting for the higher risk of HIV acquisition in people taking PrEP resulted in an effectiveness of 49%.

Principal researcher Professor Robert Grant, commenting on this, said: "If people were at higher risk they took more PrEP and adhered to it better. I think this contradicts previous assumptions that people together enough to use PrEP would already be managing risk in other ways: it shows that people who are at risk can take reasonable and appropriate decisions on their own behalf."

Age, however, was the strongest determent of adherence: participants in their 30s were twice as likely to have detectable drug levels in their blood as participants under 25, and over-40s three times as likely. Rates of adherence were not associated with recreational drug use or alcohol.

Adherence tailed off gradually over time, and adherence that tailed off faster was associated with becoming infected with HIV.

The researchers noted a ‘PrEP cascade’ effect whereby 75% of those whose risk behaviour indicated a need for PrEP actually chose to start taking it; 93% of them returned three months later; 93% of them were still being dispensed PrEP but only 70% were actually taking it in significant amounts. Adding in planned discontinuations for side-effects or by patient choice (during the study, 16% of participants were in a planned discontinuation at one time or another), this meant that only 39% of study participants who were at high risk of HIV at the start of the study were taking clinically meaningful doses of PrEP three months later.

If people stopped, they tended to stop early, after what the researchers called “a brief period of engagement with PrEP”. People were much less likely to discontinue PrEP later on in the study.

Interestingly, although taking PrEP was related to sexual risk, receiving it was not, indicating that a lot of people were stockpiling it at home, possibly for times they did feel at risk, though a pattern of intermittent use was rarer than simply stopping taking it.

One other big influence on adherence was whether people believed PrEP would work or not. News of the efficacy of PrEP from iPrEx and other RCTs was released about halfway through the follow-up period in iPrEx OLE and after this there was a substantial improvement in adherence seen in the men in Peru, who also tended to be younger than the other groups.

This study provides the first efficacy results from a large, open-label study of PrEP where participants knew they were not taking a placebo. As such, the results are mixed: on the one hand, it confirms that if PrEP is taken with even moderate consistency it is extremely effective; that those at highest risk have the highest levels of adherence; that there appeared to be no risk compensation, at least in this cohort; that factors like recreational drug use did not impact on adherence; and that belief that PrEP was effective appeared to be a motivating factor.

On the other hand, it shows evidence of a substantial drop-out rate, especially among young participants, which occurred early on, was not related to obvious adherence risks, and occurred despite people being at continued risk of HIV. This may show that PrEP is not a usable prevention option for some people who would be considered to be at risk, or it may indicate that more sophisticated support and better motivational incentives need to be devised for would-be PrEP users.

Asked about this, Robert Grant commented: "The important thing may be choice. Some at risk of HIV may use condoms, others PrEP, others will rely on viral suppression in an HIV positive partner, others a negotiated safety ageement with their partner. In addition we have up till now been very conservative in public statements about how well these things will work when used, and we have imagined that the drugs are toxic when in fact toxicity is very rare."

The findings lend further support to the World Health Organization's recent recommendation of PrEP as an additional prevention option for all HIV-negative men who have sex with men who are at high risk of acquiring HIV. The guidance emphasises that PrEP should be provided within a "comprehensive prevention package" that also includes condoms and lubricants, sexually transmitted infection screening and treatment, HIV testing and counselling and interventions for harmful substance use. PrEP should also be offered to serodiscordant couples as an additional prevention measure.

Keletso Mokefane of the Global Forum for MSM and HIV stressed that the challenge now would be to ensure that key populations had access to prevention resources such as PrEP globally, and the findings of MSMGF's last survey, which showed that the attitudes of healthcare staff, violence in the community against men who have sex with men (MSM), and the strength of social networks, were all key to the degree to which MSM accessed prevention resources.

"We need to talk about what we need to put in place to support these interventions," he said.