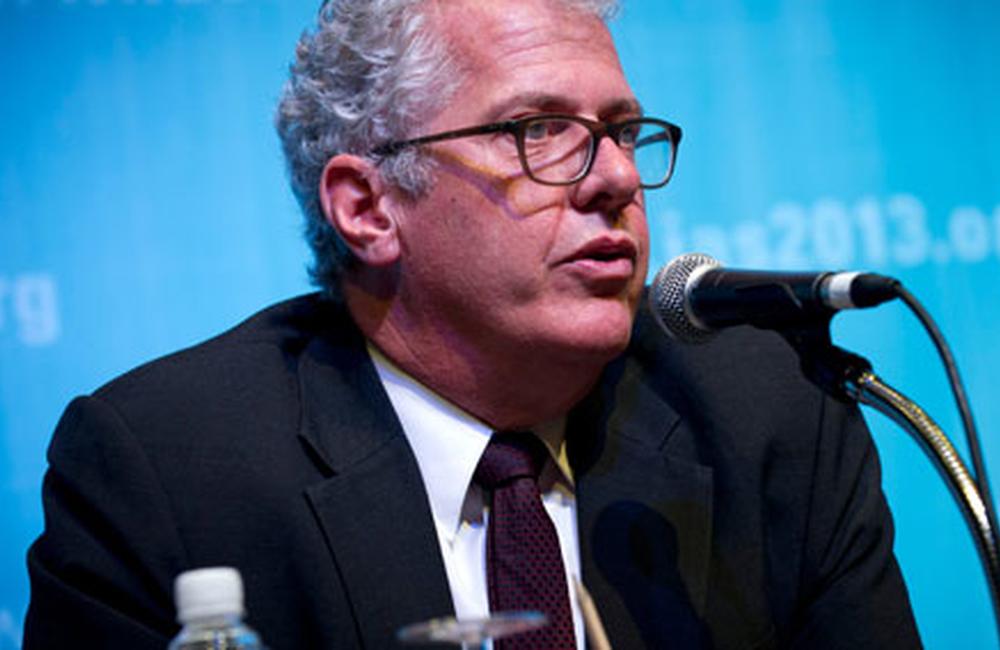 Recruitment, retention and adherence in iPrEx-OLE

Dr Bob Grant of the iPrEx study team provided the first data on iPrEx-OLE, where OLE stands for Open-Label Extension. In this study, participants in the original iPrEx placebo-controlled study, which reported an overall efficacy of 44% for tenofovir/FTC-based PrEP, were invited to join an extension study in which they all received tenofovir/FTC. The hope was that, if subjects knew they were not taking a placebo, adherence and therefore efficacy might be higher.

The efficacy results for iPrEx-OLE will be published in 2014, but Grant announced data at IAS 2013 on factors associated with participants wanting to join iPrEx-OLE and staying in it, and also on drug levels in all participants – seen as the gold-standard way of ascertaining adherence.

By far the most common reason for not continuing was concern about side effects: 49% of non-continuers cited this as a concern.

Other concerns were less common:14% said they could manage their HIV risk without PrEP, 15% said they didn't like taking a pill daily, and 12% said they didn't like taking the pills at all. Seven per cent feared people would think they had HIV if they took PrEP and 3% feared it would 'out' them as gay. Nine per cent feared developing drug resistance. These are non-exclusive figures: people could cite more than one reason.

Drug-level monitoring was done in all participants, using a test sensitive to one dose of drug in the previous three days. To avoid the 'white coat effect', where non-adherent subjects take a pill immediately before their clinic visit, a drug level test was performed on either week 4, week 8, or week 12 of the study, but participants were not told which.

Detectable drug was found in 61 to 71% of subjects. Except for one US site, drug detection was more common in all participants in iPrEx-OLE than in the original trial. However, rates of drugs detection were only slightly higher in the other US sites and the Brazilian, Thai and South African sites. In the sites in Peru and Ecuador, however, where only 30% with detectable drug was found at some sites in the original trial, over 61% had detectable drug at all sites, indicating a doubling of adherence.

Detectable drug was associated with older age and higher education: there was a slight tendency for participants who had condomless sex to have less detectable drug, but this was not statistically significant.

Asked if he was disappointed that about 65% of 44% of participants in the original study (28%) both elected to continue into iPrEX-OLE and take the study drug, Bob Grant pointed out that taking PrEP daily was not a requirement of staying in iPrEx-OLE: participants could stop and restart PrEP in consultation with researchers and if they agreed to an HIV test before resumption.

He added: “PrEP is not for everyone, or even necessarily for a majority. We feel however that PrEP is an indication for a lot of people who for one reason or another cannot access or use condoms.

"We are also finding consistently that HIV prevention methods are synergistic and do not detract from each other: starting PrEP may well also involve testing more often, being linked to care if you do test positive, and accessing a range of support.”

Adherence levels, efficacy and risk in the Bangkok Tenofovir Study

In the second presentation on PrEP, Michael Martin of the US Centers for Disease Control gave additional data filling out the results of the study of tenofovir-based PrEP in injecting drug users in Bangkok, Thailand. The main results from this trial were published in June: the study found 49% fewer HIV infections in participants taking tenofovir than placebo.

The study lasted longer than initially anticipated because both risk behaviour and HIV incidence were far lower than expected, so results took longer to accrue.

Dr Martin gave more data on adherence. The majority of participants in this study elected to take their daily tenofovir or placebo dose as directly observed therapy (DOT) at their treatment centre.

Efficacy was 71% in DOT participants, who took study drug on more than71% of days with no more than two consecutive days off study drug.

One interesting aspect of the study was that there was no difference in HIV infection rates between tenofovir and placebo for the first three years of the study: they only started to diverge after that. Dr Martin commented that this may just have been a statistical fluke: incidence was so low that three or four more infections in the placebo arms would have made the arms diverge from the start.

There is one possibility, though: did the arms diverge because in the early phase of the trial people were more often sharing needles and tenofovir was not effective against needle-spread infections, and started to be when the level of needle-sharing went down sufficiently to make sexual infections predominate?

In a commentary on the publication of the trial results in The Lancet, Dr Salim Abdool Karim of the CAPRISA 004 microbicide trial commented that the trial could not give a firm answer as to whether PrEP worked against parenteral (injected) HIV infections. This remark has been interpreted as backing up the criticism of the original decision that participants could not be provided with clean needles, as free supply of these is illegal in Thailand (they can, however, be bought cheaply at pharmacies, and needle-sharing fell from 18% of all participants at baseline to 3% during the study).

Dr Martin's team gave a partial answer to this in a poster (Vanichseni) that looked at associations between risk behaviours and HIV infections. They found that only three risk factors were significantly associated with seroconversion in multivariate analysis. Sharing needles was associated with an 8.9-fold greater risk of infection; having been in prison with a 2.7-fold risk; and being under 30, compared with over 30, with a 1.9-fold risk.

In contrast no sexual risk factor was significantly associated with seroconversion. Needle-sharing remained by far the most significant risk factor throughout the study, so the infections seen are likely, in the main, to be due to needles, which should imply that the reductions seen in incidence in the tenofovir arm were also due to reductions in needle-spread infections.