HIV is increasing in gay men in London because of lack of testing, comparative study finds 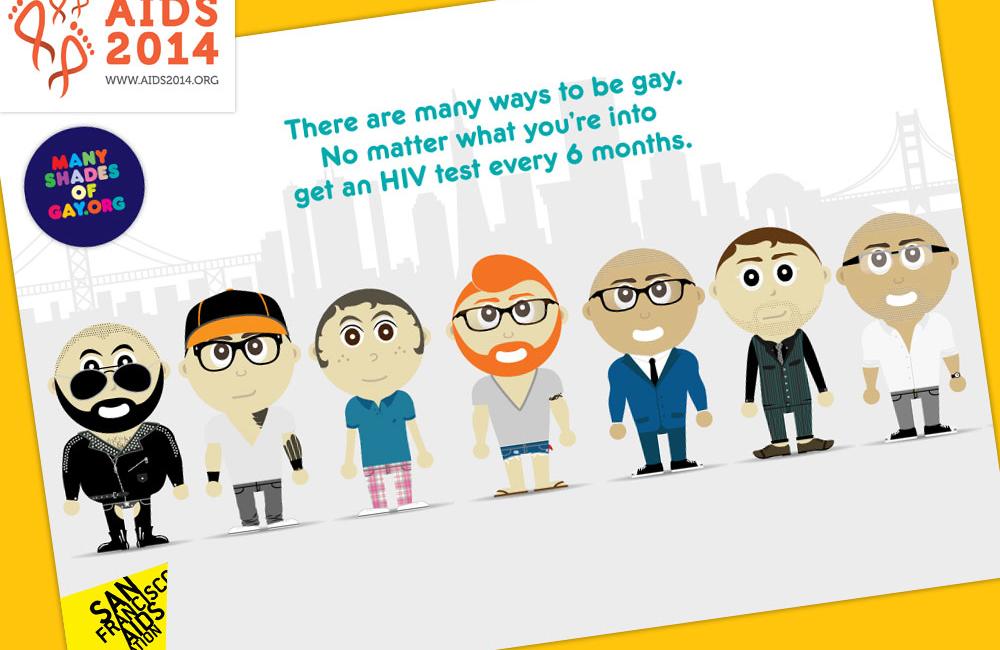 A study presented at the 20th International AIDS Conference (AIDS 2014) in Melbourne today compared the HIV epidemics in gay men in San Francisco, US and London, UK and confirmed that while HIV incidence in San Francisco was falling, it was static and even rising in London.

The chief reason appeared to be that gay men in London not only test for HIV less often than men in San Francisco, but that they also test far less often than they say they do. The difference is stark: whereas in the last gay men’s sexual health survey in 2011, 58% of gay men in community surveys said they had an HIV test within the last year, actual figures taken from the number of tests performed at sexual health clinics in London suggest that 20% or less of all the HIV-negative gay men in London (including the ones that don't attend clinics) test every year, at least 50% lower than the rate in San Francisco.

Testing does not in itself lead to less HIV risk, of course: but higher testing rates in San Francisco appeared to lead to higher rates of HIV status disclosure between gay men and, as a result, much higher rates of effective serosorting that were based securely on men’s real HIV status; there was a falling rate of unprotected sex with partners of opposite or unknown status in San Francisco compared with no change in London.

Presenter Colin Brown of Public Health England (PHE) said that, historically, HIV prevalence in gay men in San Francisco has been higher – it is 24% in San Francisco but falling, compared with London where it has risen from 10% in 2009 to about 13% today. Because of this, he suggested, there has always been a culture of disclosure in San Francisco. The challenge will be how to encourage greater disclosure in London, a much larger and more diverse city with overall lower prevalence, and where there is evidence of greater anti-HIV stigma.

London and San Francisco lend themselves to a comparison of HIV rates because they both have good surveillance data. In London, the annual rate of new diagnoses of HIV in (all) men stayed static at about 580 cases per 100,000 men (one case per 172 men per year) between 2006 and 2012: the number of new diagnoses increased from 1200 to 1400, but this was due to more testing.

True incidence – the actual rate of new infections – is always more difficult to establish than diagnoses because it is confounded by changes in testing rates, but one indicator is what proportion of diagnosed infections are recent (less than six months old). In London, as established by incidence assay, the yearly proportion of diagnosed infections that are recent has stayed at 23-24% since 2007, while in San Francisco it has fallen from 18% to less than 5% between 2004 and 2011.

The proportion of gay men living with HIV who are undiagnosed and not aware of their status fell from 34% to 13% in London between 2004 and 2011, but in San Francisco fell from 22% to 4% in the same period. These declines are, of course, relative success stories in both cities, and underlined by the fact that the average CD4 count at diagnosis has risen from about 390 to 450 cells/mm3 in both cities. Nonetheless, incidence rates remain stubbornly high in London but are declining in San Francisco

But the real testing rates in gay men are startlingly different. In London, the vast majority of gay men take their HIV tests at sexual health clinics and it is estimated that the proportion of HIV-negative gay men who attended a clinic for testing during the previous year was only 17% in 2011. Although this is a lot higher than the estimated 12% in 2009, it is nonetheless three times lower than the proportion of men who say they tested within the last year.

In San Francisco, an estimated 29% of HIV-negative men tested at public health clinics in 2011, but a lot more gay men there get tested by GPs or private health providers, so the rate is likely to be higher than this – probably double the rate in London.

However, the percentage of gay men who have condomless sex with men of the opposite or unknown status – serodiscordant condomless sex – has stayed the same in London at about 10% in HIV-negative men and about 26% in HIV-positive men. In contrast, the rate in San Francisco, which was higher, has declined, from 20% to 12% in HIV-negative men and from 37% to 20% in HIV-positive men. In other words, in San Francisco men are having just as much condomless sex but are, increasingly, succeeding in restricting it to men of the same HIV status.

But the main difference between the cities is their rates of HIV testing: while in terms of the ‘care cascade’ in both cities roughly 60% of the entire HIV-positive population is taking antiretroviral therapy and virally suppressed, in San Francisco what prevents this being higher is largely the drop-out rate from care among diagnosed men, while in London it is the proportion who remain untested.

Social marketing and next steps

Recent social marketing campaigns in gay men in San Francisco have mainly concentrated not on discouraging serosorting or on encouraging gay men who assume they are ‘HIV negative’ to disclose as such, but to get gay men who last tested HIV negative to disclose and discuss other relevant information – such as how long it has been since they last tested, or whether they have had condomless sex since, or under what circumstances they are happy not to use condoms.

While accurate serosorting works, Colin Brown said, “The myth of negative/negative serosorting” – i.e. that all men who do not disclose HIV are assumed by other negative men to be “clean” – needed to be “aggressively challenged”.

Brown added that there were key questions for health authorities in London to address. How could London achieve San Francisco’s culture of testing and disclosure in a larger, lower-prevalence population? What was the contribution of immigration, either from higher- or lower-prevalence countries, in a city where half of gay men had been born outside the UK? And what differences were being made by treatment uptake, “viral sorting” (condom decisions based on viral load) and increased formal and informal use of pre-exposure prophylaxis (PrEP)?

Amongst comments from the audience, Lisa Power, former policy director at the Terrence Higgins Trust, said that San Francisco also benefited from a single centralised health authority whereas in London the “myth that localism is always good” had led to sexual health services being fragmented between 33 boroughs. Another commenter from Amsterdam suggested that other European and American cities would benefit from being included in similar comparisons.

The message, though, appears at heart to be simple: gay men in London need to test and disclose more often – not just say they do.

A new survey finds that men who would be potential users of pre-exposure prophylaxis (PrEP) medication prefer long-acting injections over pills, but rank side effects and costs as the most important issues for them in considering whether to take PrEP.
Medical Xpress
1 Feb 23
Human rights

The president of the West African nation of Niger is laying the groundwork for enacting harsh anti-homosexuality laws in his country, where same-sex intimacy is currently legal.
Erasing 76 Crimes
27 Jan 23
Exposure to HIV through medical procedures

More than 1.3 million people in England and Wales identify as lesbian, gay or bisexual, census data has revealed for the first time. More than 1.5% identify as gay or lesbian, and 1.3% as bisexual, while 0.5% said their gender identity was different from their sex registered at birth.
BBC News
7 Jan 23
Government, leadership & policy