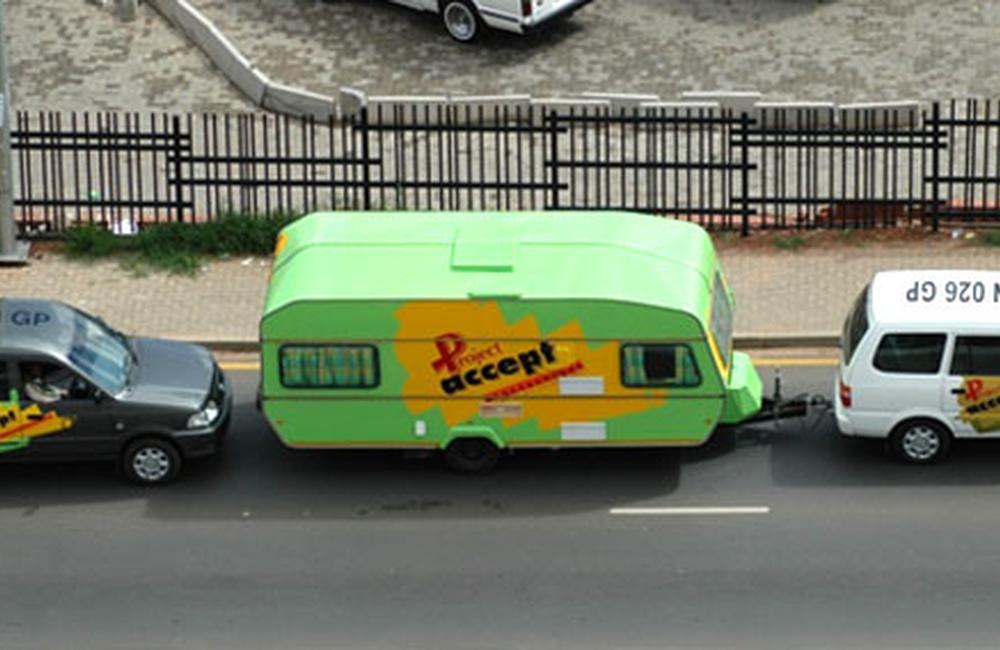 The results of a pioneering HIV prevention trial comparing the effects of mobile HIV testing, community mobilisation, and enhanced support for people with HIV versus standard voluntary counselling and testing (VCT) was announced at the 7th International AIDS Society Conference on HIV Pathogenesis, Treatment and Prevention in Kuala Lumpur.

Project ACCEPT is the first controlled trial comparing the efficacy of a prevention intervention versus standard of care between two separate, matched communities, rather than between randomised individuals. It was designed to examine how widespread community mobilisation and providing mobile testing changed group behaviour and community norms, as well as whether it produced a drop in HIV infections.

In fact, Project ACCEPT only produced a modest 14% drop in the rate of new HIV infections (incidence) – though HIV incidence in mature epidemics is very hard to change with behavioural interventions. But it produced a greater fall in incidence in older women, and a considerable increase in HIV testing in men, who in Africa have tended to be less engaged with care and more likely to be undiagnosed. It also reported falls in the number of partners reported by people with HIV and in the proportion who had multiple partners.

The basic question Project ACCEPT was designed to answer was: how does an enhanced HIV prevention programme perform in terms of its effect on HIV incidence, behaviour and testing in an entire community, compared with a community where standard, clinic-based HIV counselling and testing is offered?

Short for voluntary counselling and testing.

By some measures, the study is by far the largest HIV intervention trial ever mounted. Altogether, nearly half a million people live in the communities included in the trial and could have made use of the programmes it offered. Nearly 57,000 people took part in a final post-intervention assessment gauging behaviour at the end of the trial, of whom over 54,000 agreed to be tested for HIV. These tests included an HIV incidence assay that could establish the approximate time of infection and therefore the incidence rate. Over 14,500 people took part in a baseline survey to establish sexual behaviour and HIV testing rates at the start of the survey.

ACCEPT's intervention was provided to 24 communities and its effects were compared to standardised VCT in 24 matched communities: the average population in the communities was 9800, or 470,400 in all. These communities were in five geographical areas in four countries: in urban Soweto and rural KwaZulu-Natal in South Africa, and in rural areas in Zimbabwe, Tanzania and Thailand. It took four years to prepare the ground for the study and the actual randomised study took three years, between 2006 and 2009, with post-intervention surveys and qualitative interviews extending to 2011. Communities were matched in socioeconomic profile and chosen to be geographically separate from each other. In urban Soweto, pairs were picked from opposite ends of the area, with researchers even studying aerial images to see if travel between matched areas was common.

Importantly, people were not tested for HIV at the start of the trial. This is due to the trial's radical methodology. As principal investigator Glenda Gray said, “If people had tested positive, we would have offered them the intervention.”

In other words, this was not a study of individuals: researchers wanted a way of assessing HIV incidence in entire communities and comparing the efficacy of different interventions – which they got. Testing in both arms was in fact restricted to 18- to 32-year olds because they are at highest risk of HIV but, as the principal investigator in the Tanzanian sites, David Celentano, pointed out, the effect of the intervention was not restricted to people coming forward for testing. The community-randomisation aspect means that those testing might not have been influenced by the other interventions, but may have been influenced by peers or family members who had. In addition, those who took part in the baseline and post-intervention surveys were not necessarily the same people who took tests or took part in educational and support activities.

Project ACCEPT was also a long trial from gestation to final result, and Glenda Gray noted that it was conceived in 2000 to 2001, at a time when there were much lower rates of HIV testing in Africa than there are today. Most people were unaware of their HIV status and there was a low motivation to test, given that antiretroviral therapy was only starting to be rolled out in some countries. The prevalent VCT model did not work well; it required people to self-identify as at risk and be motivated enough to go to an HIV centre that, in rural areas, could be a long distance away.

ACCEPT was devised as a remedy to this. First, and most obviously, HIV testing was taken into communities, either by using mobile vans or by testing teams periodically visiting villages. Perhaps as importantly, the testing programme was preceded and accompanied by 'community mobilisation'. What this meant in one context was illustrated by Dr Suwat Chariyalertsak, principal investigator at the Thai sites, who ran through a whole series of awareness-raising events ranging from community education days through appearances at music festivals to persuading village elders to take public tests to kick off the testing programme.

The ACCEPT programme was also designed to be adaptable as ongoing data on uptake came through: in Thailand, for instance, during the first year of the study, the number of people tested per day fell, from 23 to 14. Consultation meetings showed that community members had difficulty in accessing the mobile test sites during the day, so testing was extended to evenings, and was accompanied by a series of 'edutainment' events. Testing rates had increased by the end of the study to 53 a day.

At baseline, HIV prevalence and annual incidence in the local communities ranged from 31% and 3.9% respectively in KwaZulu-Natal to 1% and less than 0.1% in Thailand (there were so few HIV infections in Thailand during the trial – three individuals – that Thailand is excluded from the incidence analysis).

There was 14% lower HIV incidence in intervention communities than there was in standard-of-care communities, and in women aged 25 to 32 incidence was 30% lower. In men incidence was reduced by 19% and in men over 25, 22%. Disappointingly, however, HIV incidence was only lower by 5% in men aged under 25 and in younger women was no lower than in the control group. Young women remain the group most vulnerable to HIV yet hardest to influence, as a number of African studies of other prevention methods have found.

The number of people tested was 25% higher in intervention communities than control communities, and in men it was 45% higher. This represents a considerable achievement as, due to antenatal testing, women testing for HIV outnumber men 2:1 in Africa generally. In ACCEPT, as many men as women were tested. The proportion of the population tested increased from 14 to 32% during the trial (a 128% increase) in intervention communities, versus from 16 to 26% in control communities (a 62% increase). In absolute numbers, about 50,000 people got tested 80,000 times during the study, meaning that a majority tested more than once.

When asked what she would include in the intervention if ACCEPT was designed today, Glenda Gray commented that one of the big challenges was linkage to care for people who were diagnosed with HIV. This was when some of the 'local community' aspect of of care had to stop and people were sent to the nearest HIV centre for their tests and antiretrovirals, though they received counselling and safer-sex advice locally. In some cases, both the ACCEPT team and the local HIV clinic were funded by PEPFAR and in this case patients could be traced, but in others ACCEPT relied on informal feedback.

“There was attrition but it's hard to say what it was,” said Gray, adding that in some rural areas the nearest HIV clinic could be a day's journey away. ACCEPT had done a good job of bringing testing to communities; as Gray noted, there might need to be further task-shifting to bring treatment to communities too.

Project ACCEPT was presented at a special session at the 7th International AIDS Society Conference on HIV Pathogenesis, Treatment and Prevention, entitled Mobile Versus Clinic-Based HIV Testing: Results of the Project Accept RCT.  View the Powerpoint presentations and webcasts on the IAS conference website.

Young people in South Africa changed their attitudes significantly and adopted safer sexual behaviour, after watching a TV show called Down South – which the UN initiative behind it describes as a tribute to the power of “edutainment”.
UN News
21 Oct 21
Young people

Clubhouse Men Idol Contest is searching for new young generation who has a positive attitude towards sexual health and HIV; who advocate for people to know their HIV status and promote HIV prevention by using condoms and PrEP. Clubhouse is a new social network where people come together to talk, listen and learn from each other in real-time and through voice only. In Thailand, this has become very popular, particularly with the younger generation during Covid-19 time.
APCOM
12 Aug 21
Ethnic & cultural minorities

A new video campaign in Mandarin from ACON hopes to reach out to gay and bisexual men who have come to Australia from Asia to raise awareness about HIV prevention drug PrEP.
Star Observer
15 Jun 21
More editors' picks