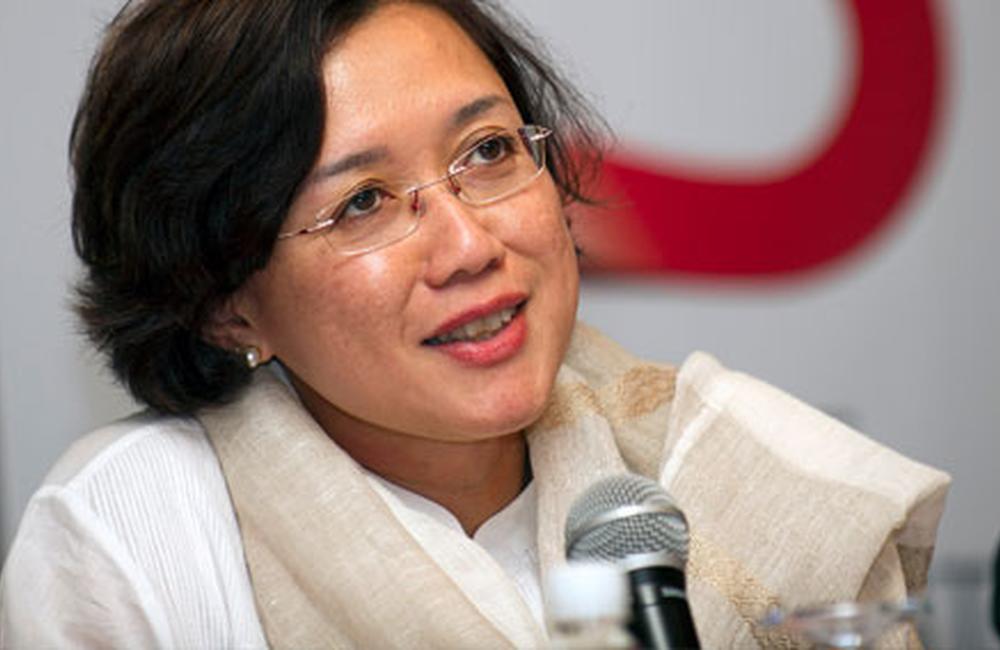 Adeeba Kamarulzaman of the University of Malaya speaking at IAS. Photo ©International AIDS Society/Marcus Rose/Workers' Photos
This article is more than 9 years old. Click here for more recent articles on this topic

International drug policy must shift from prohibition to public health in order to reduce harms to individuals and societies, including fueling the spread of HIV, hepatitis and tuberculosis, experts from a range of disciplines agreed at two sessions held during the 7th International AIDS Society Conference on HIV Pathogenesis, Treatment and Prevention (IAS 2013) this week in Kuala Lumpur.

On Sunday, the Global Commission on Drug Policy and the International AIDS Society co-sponsored a High Level Panel on Drug Policy and Public Health, focusing on the situation in Malaysia. Monday's programme included a special session titled 'Evidence-Based Drug Policies for an Effective HIV Response'.

This is the first year the IAS conference has taken place in Asia – where the HIV epidemic is largely driven by injecting drug use – and Malaysia was selected in part because of its successful implementation of harm-reduction programmes that have reduced HIV incidence among people who inject drugs.

Long known for its strict zero-tolerance policies towards drug use and drug users, in recent years Malaysia has undergone a 'paradigm shift' and adopted needle exchange, opiate substitution and other harm-reduction measures, explained Sangeeth Kaur from the Malaysian Anti-Drug Agency. In addition, the country has closed many of its compulsory detention centres for people who use drugs, replacing them with voluntary rehabilitation clinics. More than 25,000 people have used the clinics, ranging in age from 10 to 60 years, she said.

"It is time for drugs to be seen as health problem and not a criminal problem." Michel Kazatchkine

A sensation that the abdomen (stomach) is full or under pressure, sometimes causing pain.

"The government caught heat and there was public criticism, but the sky did not fall down," said conference co-chair Adeeba Kamarulzaman from the University of Malaya. On the contrary, since the adoption of the new approach, rates of new infections among drug injectors have fallen from 4000 to 6000 annually in the early 2000s to about 1000 per year.

But these policy changes are not yet reflected in the law, which still mandates harsh penalties – including death – for drug trafficking and possession above specified amounts, according to Ragunath Kesavan of the Malaysian Bar Council. Public perception is a barrier to change at the legal level, he added, because "for many decades people have been conditioned to blame everything on drug users".

"The former prime minister declared drugs as the primary enemy of the nation," concurred Nancy Shukri, a minister in the newly elected government of Prime Minister Najib Razak. "We need to move away from that. The idea of being drug-free by 2015 is far-fetched and we need to accept reality."

Looking at the issue on an international level, Michel Kazatchkine, a member of the Global Commission and the UN Special Envoy on HIV/AIDS in Eastern Europe and Central Asia, spoke at both the high-level panel and Monday's special session.

"The war on drugs has failed in its original purpose of reducing drug use," Kazatchkine said. "Not only has it failed in that objective, but it is harmful in several respects." Drugs have become cheaper and more widely available, and new synthetic drugs are coming onto the market every year. In addition, prohibitionist policies have brought about large-scale violence (as in Mexico), corruption and human rights abuses, and have encouraged a parallel underground economy.

Drug prohibition and punitive policies have also "fueled and exacerbated" the HIV, hepatitis B and C, and TB epidemics, he added. Fear of arrest and harassment prevents people from accessing services like needle exchange, many countries have legal restrictions on harm reduction, and large-scale incarceration contributes to the spread of these diseases. As a result, it is estimated that worldwide one-in-five people who inject drugs is infected with HIV, and in some regions up to 90% are infected with hepatitis C virus.

"It is time for the debate to be open, for the taboo to be broken," Kazatchkine concluded.  "It is time for drugs to be seen as health problem and not a criminal problem."

Thomas Kerr of the British Columbia Centre for Excellence in HIV/AIDS provided more data on the global situation. In many areas where the HIV epidemic is growing – including Eastern Europe and the Russian Federation – it continues to be driven primarily by injecting drug use. According to UNAIDS, in 49 countries the HIV prevalence among people who inject drugs is 20 to 50% greater than that in the general population.

"Evidence-based prevention and treatment for drug users exist, but access remains unacceptably low," he summarised. "The barriers are primarily social and structural, in particular discrimination against drug users."

Asma Jahangir, a lawyer and human rights activist from Pakistan, noted that another barrier is the vested interests that have been created by prohibitionist policies, ranging from bloated criminal justice and prison bureaucracies to players in the underground drug economy. "Victims of drug policy are basically vulnerable people," including children introduced to drug use and women who act as drug carriers, she said. "Punitive action against direct or indirect victims has to be changed to a policy of bringing them back into mainstream society."

Shiba Phurailatpam of the Asian Pacific Network of People Living with AIDS offered a perspective as a person who has used drugs at Monday's special session, as did Azahari Said at Sunday's high-level panel. Phurailatpam also stressed the importance of wide availability of naloxone to prevent opiate overdose.

"If we don’t stop [current drug policies], what we've seen over the last 15 years will continue," Phurailatpam said. "We must stand up and not worry too much about what our governments say, because we will save lives. It is madness and we've got to stop it."

The U.S. Food and Drug Administration has issued a notice that could help increase access to overdose-reversing naloxone drug products without the need for a prescription, paving the way to make more of them available for over-the-counter use.
CBS
17 Nov 22
Drug policy & policing

After taking office in 2019, Bolsonaro changed the national drug policy to an abstinence-based one, and re-introduced 'involuntary commitment'.
Filter
4 Nov 22
Harm reduction

Harm Reduction Services Are Slowly Spreading Around the World

Seventeen maps compiled by Pew Charitable Trusts illustrate how hobbled methadone clinics are by a web of federal and state regulations that are not based in evidence, reinforce stigma and significantly limit access.
Filter
28 Sep 22
More editors' picks