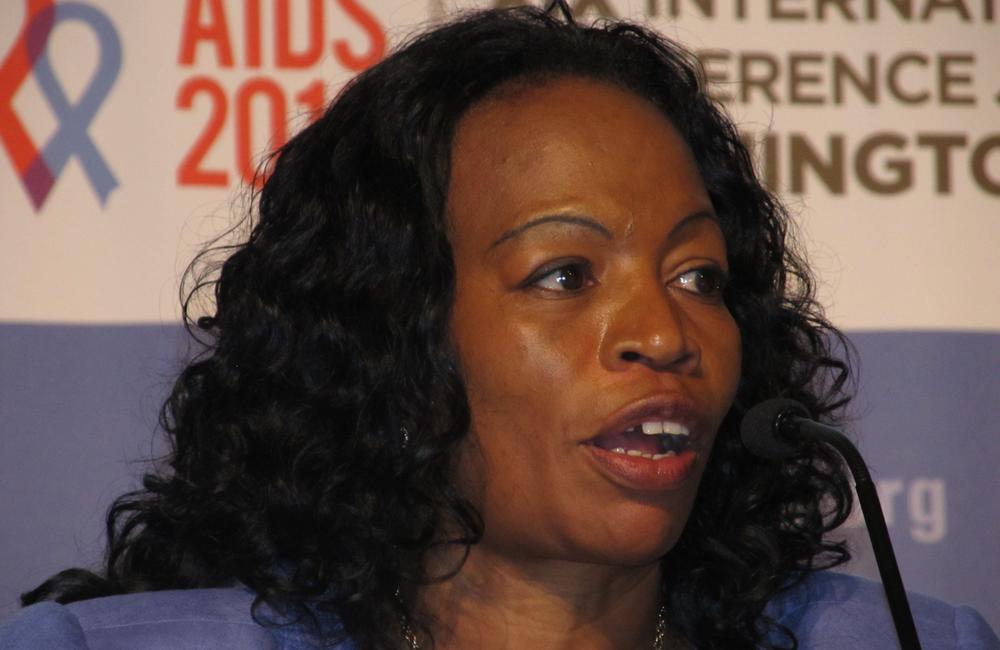 Chewe Luo, UNICEF
This article is more than 9 years old. Click here for more recent articles on this topic

The investment, expected to be over US$140 million, is being committed to projects implemented by the Clinton Health Access Initiative (CHAI), UNICEF and Médecins Sans Frontières (MSF) to increase access to affordable point-of-care HIV diagnostics adapted for use in resource-poor settings.

The sort of diagnostic tests UNITAID wants to move forward (by committing funds to help new manufacturers with tests in late-stage development to get over the obstacles to putting their products on the market) should be much less complex and expensive to run. For instance, viral load tests and the equipment used to perform them are expensive, running from US $100,000 to 200,000 per machine, with each test costing about $100.

“The machines we’re looking at will cost around $5000 with tests that will cost less than $10 per test,” said Dr Broun.

UNITAID has published reports on its website describing the current HIV diagnostics market landscape, and aidsmap will publish further reports on the issue over the coming days.

In addition to UNITAID’s unique approach to helping the manufacturers, Dr Broun also stressed that a major part of their approach is to “bring tests to people who need them, through partners such as CHAI, UNICEF and MSF who would be the ones rolling tests out in Sub-Saharan Africa.”

One of UNITAID’s arrangements is with CHAI and UNICEF (focusing mostly on CD4 cell tests and early infant diagnosis), the other with MSF, which is looking at all three. (MSF has launched a major campaign to bring access to viral load testing to people living with HIV in resource-limited settings; see a new report available at www.aids2012.msf.org.)

Clinical, and immunological monitoring for treatment failure, simply doesn’t work well, according to Dr Goemare, who described how changes in CD4 cell counts or clinical criteria were poorly reflective of whether treatment had actually ceased working. However, since there are only two real regimens in sub-Saharan Africa, clinicians are reluctant to switch treatments. Consequently, they tend to switch late, leading to resistance and, quite possibly, more HIV transmission.

“But also, it is psychologically important for patient to have viral load [information], achieving undetectable as a target,” he said. “When a person knows their viral load is undetectable, it provides motivation to stick to their treatment for the long haul.”

“If we use the B+ regimen (ART for life for pregnant women living with HIV) for prevention of vertical transmission to children, we absolutely need to know those women’s viral load are undetectable,” said Dr Goemare.

“A few years ago we thought that dried blood spots (DBS) for early infant diagnosis (EID) would be a game changer, but its delivery is awfully complicated,” she said. Dried blood spots have been used to capture samples that can be sent to a central laboratory for HIV DNA PCR testing.

“We did a five-country evaluation of the performance of DBS for EID. It is actually disappointing to see how much investment has been poured in, to achieve so little in return. We didn’t know whether up to 75% of children who were identified by early infant diagnosis were alive at year one. Maybe 50% of the 75% were lost in linking to care because of the complexity of collecting the sample, or getting the result back to the mother when they come back to the clinic. So point of care is really where we want to go. If we don’t treat as many of the children as possible within the first few months of life, 50% will have died.”

“I visited a clinic in Zambia recently, and asked a nurse what they would do if a woman tested positive, and she said, ‘Well, we ask them to try to get a CD4,’ and I said, 'Well where do they get a CD4?' So the default is that these women end up with a suboptimal therapy and they are more likely to get resistance,” said Dr Luo.

Dr David Ripin of CHAI agreed: “Many people start treatment later than they should and have worse access than they should, maybe babies don’t get diagnosed and without treatment die before the age of two. And many adults languish on failed first-line ARV regimens.”

Point-of-care diagnostics will bring these tests out of the centralised laboratory and get them to the patient so they can get their results immediately. It is hoped that point-of-care diagnostics will dramatically improve HIV care by increasing uptake of treatment, reducing losses to follow-up and eliminating waste of performing tests with results that are never received by patients and never acted upon.

“About half of these tests are never received, representing lost opportunities to treat when it needs to start, and potentially more HIV transmission,” he said.

aidsmap will report more on these initiatives over the next days.