Theo Smart
This article is more than 10 years old. Click here for more recent articles on this topic

Twelve months of isoniazid (INH) preventive therapy (IPT) significantly reduced the incidence of all TB diagnoses among HIV-positive people who were taking concurrent antiretroviral therapy (ART) according to results of a large randomised study presented as a late breaker study on Thursday evening at the Nineteenth International AIDS Conference (AIDS 2012) in Washington DC.

“There was a 37% reduction in the rate of incident TB in the INH treatment group compared to those who were receiving ART alone,” said Dr Molebogeng Xheedhe Rangaka of the University of Cape Town, who presented the study findings. Conversely, there was also suggestion of a higher risk of liver toxicity and no mortality benefit was observed.

Although the study wasn’t powered to answer the question, the protective effect of IPT didn’t seem to wear off very quickly in this context where the ongoing risk of TB transmission is believed to be exceedingly high. Although the protective effect of IPT seemed to be gradually lost over time, it did not wane as rapidly as has been reported in patients not on ART in the BOTUSA and THIBELA studies. This suggests that in patients on effective ART, IPT may not need to be given continuously to prevent TB, but could perhaps be taken intermittently, every second or third year.

Is IPT needed in people on ART?

“Antiretrovirals significantly reduce the risk of TB in HIV-infected persons,” said Dr Rangaka. “In our high HIV/TB setting of Khayelitsha in South Africa, the rate of TB pre-ART was 30 per 100 person years and ART reduced that rate to 12 per 100 person years. Even with this massive 60% reduction, the rates on ART were still unacceptably high, suggesting that we required additional tools to prevent TB. Isoniazid preventive therapy or IPT is such an additional tool.”

Three studies have suggested a role for IPT as an additional strategy for TB prevention in people taking ART. The first two were observational studies. The third was a randomised controlled study where the effect of continuous IPT on TB rates was evaluated in comparison to six months of IPT. In this study, subgroups of participants started ART during the course of follow-up. All three studies suggested an added benefit of IPT to ART, but the comparisons were non-randomised.

The study in Khayelitsha

So in 2007, the study in Khayelitsha was initiated to determine whether IPT further reduces the risk of TB in HIV-positive people concurrently receiving ART – and furthermore, whether it is safe to take IPT with ART. (IPT and ART have overlapping toxicities including peripheral neuropathy, severe rashes, raised ALT and clinical hepatitis, raising the possibility of elevated rates of these treatment-limiting toxicities.)

Khayelitsha is a township of Cape Town, South Africa, with a total population of at least 600,000 and a TB case notification rate of 1600/100,000 population per annum. The HIV prevalence, drawn from test results at the antenatal clinic, is 33.3%. At the Ubuntu Clinic, where the study was performed, the HIV prevalence found among new cases of TB in adults is at least 70%.

The study was a pragmatic (where the rest of treatment occurs as in the real world) randomised placebo-controlled trial. The patient, doctor and local pharmacy were all blinded as to whether the patients were taking IPT or a matching placebo, which was self-administered for 12 months, and dispensed with their ART.

The primary endpoint was all TB (definite, probable or possible). The secondary endpoints included drug adverse events; or death. The main exclusion criterion was active TB (based on a TB symptom screen plus smear and/or culture.

The study enrolled 1369 volunteers. The study period was four years, with screening beginning in 2007 and a minimum follow-up of 12 months. The last patient was randomised in October 2010, and the study closed in September 2011. Only participants who completed the TB screening process were randomised; and they were stratified by whether they were new or established ART patients.

Tuberculin skin tests were not required to participate in the study. There is an ongoing debate in South Africa about how long IPT should be given. The BOTUSA and Thibela studies both showed that the effect of IPT began to decline rapidly after discontinuation of IPT in people living with HIV who had a positive tuberculin skin test (TST), leading some researchers to advocate for continuous IPT to be given in these high-burden settings to people living with HIV. The response from the community has been somewhat muted however, with some activists noting that since the benefit of IPT was only seen in TST-positive patients, continuous lifelong IPT might pose a risk to those who were TST-negative. The researchers, however, have stressed that the logistical challenges of performing a TST, which requires cold chain storage for tuberculin and skin test reading two to three days after it is administered, constitute a barrier to providing IPT if a tuberculin skin test is a requirement to receive it.

During the intervention period, follow-up was monthly to 2-monthly in line with their regular ART appointments; liver function tests (ALT) were checked monthly for the first three months then every three months, and patients were monitored for adverse events (side-effects) and adherence for ART and study drug. Follow-up continued until they developed TB, a serious adverse event or study closure, and at each visit they were screened for TB with a symptom screen and went through TB diagnosis if necessary.

Out of 2138 subjects assessed for eligibility, 1369 were randomised and stratified by ART status (pre-ART 388, on ART 981). After some cases of prevalent TB were observed and excluded, there were 662 patients in the isoniazid arm who were included in the modified intention to treat analysis; and 667 in the placebo arm.

In the IPT arm, 482 patients finished the trial without clinical events, compared to 469 on ART alone; there were 69 events in the IPT arm versus 84 on ART alone and similar numbers transferred out or were lost to follow-up.

Baseline characteristics were fairly similarly distributed between the two arms; both groups had a median age of 34, were mostly female, and about 70% were established on ART. The median days on ART for those who were newly on ART or established on ART, was similar between the two groups. The groups had a median CD4 count of about 200 cells/mm3. About 40% of patients had had a prior tuberculosis event.

“In total we had 95 tuberculosis cases develop over 3227 person years, giving us an overall tuberculosis rate of 2.9 per 100 person years. Fifty-eight of those cases were in the placebo group, 37 in the INH group,” said Dr Rangaka. 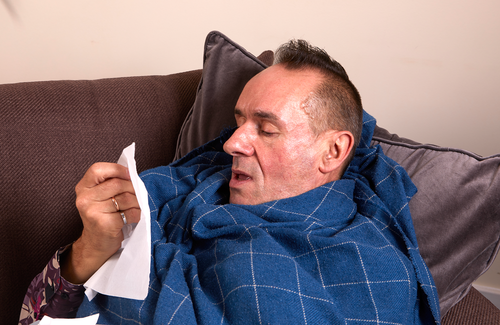 Find out more: Tuberculosis and HIV

“Lastly, looking at time to death from randomization, our study did not indicate any mortality benefit – the rate of death in the two arms was fairly similar,” said Dr Rangaka.

During the discussion following the presentation, Dr Rangaka was asked whether the effect of IPT wore off in the patients who stopped treatment.

"There is a suggestion, although not significant, that the effect of IPT seems to wane by duration,” she said. But that effect did not wane as rapidly as in patients not on ART, with the effect seeming stable for about a year. The study does not have statistical power to evaluate this waning effect fully, but it should be interesting to see whether these trends will be strengthened with continued follow-up.

To view the abstract and webcast of this session, click here.

While there are nine experimental tuberculosis (TB) vaccines in advanced trials, the vaccine pipeline beyond those nine prospects is relatively depleted. Adele Baleta reports on this and much more from the virtual Global TB Vaccine Forum held last week.
Spotlight
28 Feb 22
More editors' picks