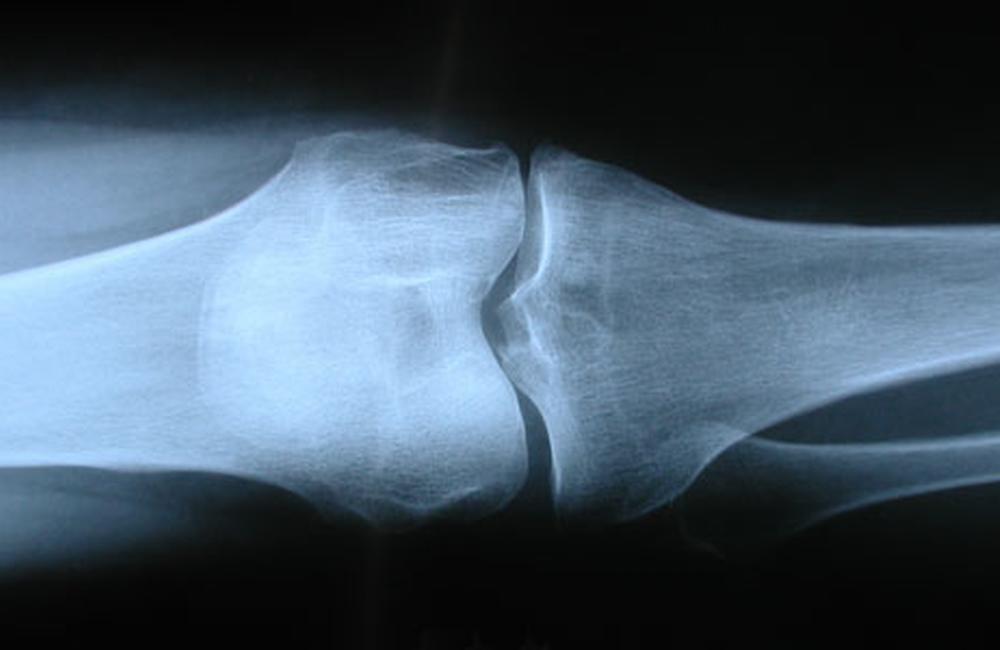 This article is more than 12 years old. Click here for more recent articles on this topic

HIV-positive people co-infected with hepatitis C virus (HCV) may be more likely to develop osteoporosis (porous bones) and sustain fractures than individuals with either virus alone, according to a US study presented this week at the Eighteenth International AIDS Conference in Vienna.

Roger Bedimo, from the Veterans Administration North Texas Healthcare System, looked at osteoporotic fractures, or breaks in the wrist, vertebrae or hip due to loss of bone mineral density.

Numerous studies have found lower than average bone density and higher risk of osteoporosis amongst people with HIV, although there remains controversy about whether this is attributable to the virus itself, antiretroviral drugs, or other factors.

Bone loss may be related to toxic damage to the bones or to metabolic changes that produce an imbalance in natural bone turnover, so that old bone material is reabsorbed faster than new bone can be produced to replace it.

Approximately one-third of HIV-positive people are co-infected with chronic hepatitis C, which is also linked to low bone mineral density and increased risk of fractures. Bone loss is a growing concern as this population ages. Bedimo pointed out that, while women are more likely to sustain fragility fractures, men are more likely to die from fracture-related complications.

Using ICD9 diagnostic codes in medical records, the researchers retrospectively identified all patients in the Veterans Affairs' Clinical Case Registry who were diagnosed with HIV between 1988 and 2009 and subsequently sustained osteoporotic fractures.

The analysis included 56,660 HIV-positive people. Almost all were men, the average age was 45 years and one-third were co-infected with hepatitis C. About two-thirds had taken antiretroviral therapy (ART), for an average duration of about four years. Participants were followed for just over five years on average, for a total 305,237 person-years of observation.

The investigators compared fracture rates between people with HIV alone and those with HIV/HCV co-infection. They then looked at the influence of other factors linked to bone loss including age, race/ethnicity, body weight, ART use, diabetes, chronic kidney disease, and smoking.

Bedimo acknowledged that they could not reliably estimate nutrition status or alcohol or drug use based on medical records, but these would be important risk factors to consider.

During the observation period, 951 people sustained at least one osteoporotic fracture. Most fractures (451) affected the wrist, followed by 308 broken hips and 106 vertebra fractures.

Using these numbers, the researchers then calculated the impact of co-infection and the other confounding factors on fracture risk.

Whilst 51% of people who sustained fractures were HIV/HCV co-infected, this fell to 31% amongst fracture-free individuals. Both single-factor and multivariate analysis found co-existing HCV infection to be a significant independent predictor of osteoporotic fractures, with hazard ratios of 1.27 and 1.43, respectively. In other words, co-infection was associated with a 27 to 43% increase in risk.

In accordance with prior research, people of African descent were significantly less likely to sustain fractures, whilst older age, low body mass index, and tobacco use were linked to significantly higher risk. Bedimo explained that the apparent reduction in wrist fractures at the oldest ages was likely to be attributable to a reduction in strenuous activities that can lead to trauma.

In this study, however, chronic kidney disease and diabetes were not significant predictors of fracture risk after adjusting for other factors. Use of antiretroviral therapy was found to be protective. During the ART era, sustaining an osteoporotic fracture increased the risk of death by 77%.

These findings led Bedimo and colleagues to conclude that HCV co-infection is a significant risk factor for osteoporotic fractures in HIV-positive people, and that fractures appear to be increasing amongst HIV/HCV co-infected people during the ART era.

One limitation of this study is that the researchers only looked at fractures and did not take into account measures of bone mineral density, which could reveal bone loss at earlier stages.

During the discussion after the presentation, co-infection researcher Juan Macias suggested that HCV probably does not directly cause bone changes, but chronic hepatitis C can lead to liver cirrhosis, a known risk factor for bone damage.