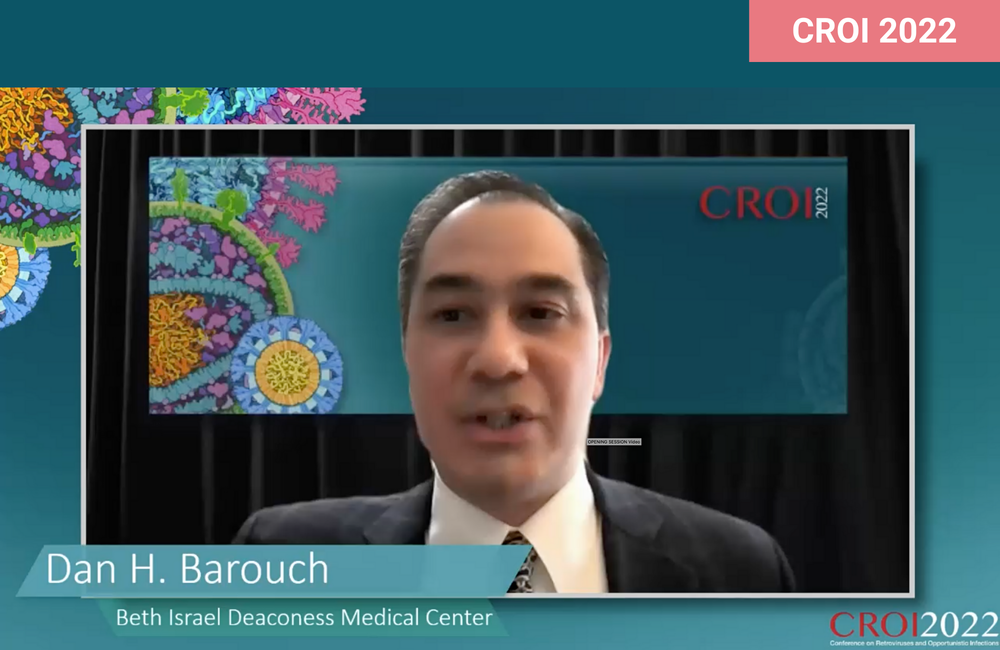 Booster doses of the Pfizer or Moderna vaccines revive antibody levels in people with HIV and response to a booster dose is not affected by CD4 count, Italian researchers reported at the Conference on Retroviruses and Opportunistic Infections (CROI 2022) this week.

But at the conference's opening session, vaccine researcher Professor Dan Barouch questioned whether a strategy of relying on repeated boosters will be either necessary or feasible. He also called for a focus on the whole of the immune response, not just antibodies, when considering which vaccines to use and when boosters should be offered.

Booster doses have been recommended based on the observation that antibody levels begin to decline within months of vaccination. As people with HIV with low CD4 counts have shown significantly lower antibody responses after vaccination, it has been assumed that booster doses are especially important for this group of people. But until now, there has been no evidence regarding changes in T-cell mediated immunity after vaccination, or the impact of booster vaccination on either antibody levels or T-cell mediated immunity in people with HIV.

To address these questions, Dr Andrea Antinori of the National Institute for Infectious Diseases and colleagues carried out further tests on an Italian cohort of people they reported on previously at the European AIDS Conference last October. Study participants have now been followed for at least 90 days after a second dose of either the Pfizer or Moderna mRNA vaccine, enabling the researchers to compare the evolution of antibody and T-cell responses in 50 people with a CD4 count below 200, 133 people with a CD4 count between 200 and 500, and 131 people with a CD4 count above 500.

Booster responses in people with HIV

Despite these findings, multivariable analysis that adjusted for age and HIV-related factors including lowest-ever CD4 count and detectable viral load showed that people with CD4 counts below 200 did not have a significantly higher risk of non-response to the third vaccine dose.

The study investigators point out that each CD4 range experienced substantial average increases in antibody levels after the third vaccination, with no significant difference between the three groups in the magnitude of the increase.

They say that the increase in antibody levels after the additional dose suggest that when fully vaccinated people receive a third dose, the B-cell memory response formed as a result of the primary vaccine course quickly responds by boosting antibody levels.

When it comes to boosting, are all vaccines equal?

But in an address to the conference's opening session, vaccine researcher Professor Dan Barouch of Beth Israel Deaconess Medical Center, Boston, questioned whether the durability of all vaccines should be viewed as similar, and in particular, whether an annual or semi-annual cycle of booster doses is either practical or necessary for all vaccine recipients.

“The Pfizer and Moderna vaccines start with a much higher level of efficacy, but this wanes more quickly over time, particularly for the Pfizer vaccine,” he said.

Although the Johnson & Johnson vaccine showed lower efficacy in clinical trials compared to the mRNA vaccines, Barouch drew attention to a large US study of 17 million people published as a pre-print last month. The study showed little change in the odds of hospitalisation or severe illness in Johnson & Johnson recipients over a six-month follow-up after vaccination. In contrast, the odds of infection and hospitalisation had risen fourfold six months after vaccination with Pfizer, although there was no increase in the risk of severe illness requiring intensive care.

Barouch went on to question whether the emphasis on neutralising antibody levels as the determinant of booster policies was either appropriate or practical.

“The field has focused like a laser beam on short-term neutralising antibody responses and while these are important, I would argue that the durability of the antibody responses, as well as the CD8 T-cell responses, are likely the most critical parameters for long-term protection, particularly against severe disease or viral variants.”

“Boosts are clearly useful and dominate much current discussion, but the top priority should remain providing initial vaccines to unvaccinated individuals, both in the United States and throughout the world,” he went on. “In my opinion, a strategy of boosting every three to six months in order to maintain extraordinarily high levels of neutralising antibodies is likely not a practical strategy for the developed world – at least not in the long term – and not possible for the developing world.”

2 May 2022
The biology of HIV transmission

There’s a shortage of monkeypox vaccine. Could one dose instead of two suffice?

As the monkeypox outbreak grows, the preferred vaccine to combat it is in short supply—a problem that’s only getting worse now that countries are expanding access to the vaccine. But there is a strategy that could double overnight the number of people who can be vaccinated: use a single shot instead of the recommended two.
Science
2 Jul 22
Vaccinations & immunisations

A small Canadian cohort reported similar vaccine responses irrespective of HIV status, although people living with HIV in the study were on ART with CD4 counts generally above 200 cells/mm3.
i-Base
27 Jun 22
Monkeypox

Monkeypox vaccination begins — can the global outbreaks be contained?

Some countries have begun to use smallpox vaccines to protect people exposed to the monkeypox virus. But researchers see challenges ahead.
Nature
17 Jun 22
Vaccinations & immunisations

A study has found that receipt of the MenACWY vaccine was poor among individuals with newly diagnosed HIV infection at increased risk for meningococcal disease, indicating a need for better education on vaccination recommendations.
Infectious Disease Advisor
8 Jun 22
More editors' picks