Will there be a new wave of HIV in people who inject drugs in the US? 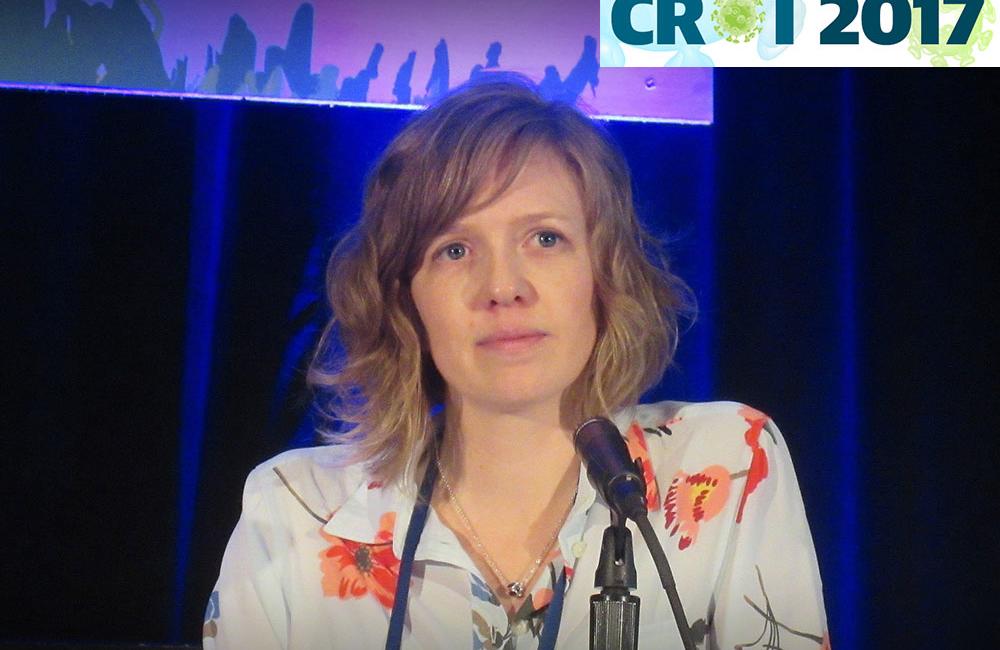 Ever since there was an outbreak of HIV among white, largely rural heroin users in Indiana in 2015, there have been concerns that the conditions exist in some parts of the US for more outbreaks among heterosexual people who inject drugs.

While there is little evidence yet for a crossover of HIV from men who have sex with men (MSM) who inject drugs to heterosexuals, several presentations at last week's Conference on Retroviruses and Opportunistic Infections (CROI 2017) in Seattle found that the conditions do exist for it to happen. And they find a new generation of heterosexual people who inject drugs (PWID) who are not connected to conventional drug services, are sharing needles, and are increasingly interested in methamphetamine.

Meanwhile, studies among MSM found that while injecting methamphetamine is in decline among the white MSM population, it is increasing in black MSM.

Evidence from Seattle’s local authority, King County in Washington State, sends warning signs that conditions do exist for a crossover of HIV from MSM to heterosexuals due to a rise in heterosexuals injecting methamphetamine – and evidence that a significant proportion are sharing needles with MSM.

Sara Glick from the University of Washington in Seattle said that at present HIV prevalence in MSM who inject drugs is very high at 35-40%, but is only 3% in heterosexual PWID.

Two different behavioural surveillance programmes of PWID – the Seattle Area section of the National HIV Behavioral Surveillance (NHBS) of Injecting Drug Users, and the King County Syringe Exchange Program survey – looked at the proportion of people injecting drugs in the last year who had injected methamphetamine. The survey included only those who had been sexually active in the past year.

In contrast the use of methamphetamine by heterosexual PWID, who had previously mainly used opiates, has been sharply increasing. In heterosexual PWID the proportion using methamphetamine rose from 24% in 2009 to 69% in 2015 and in the King County survey from 16% to 57%. In women who inject drugs, meth usage rose similarly from 26% to 65% in the NHBS survey and 25% to 61% in the King County one.

Prescription painkillers as a gateway to injecting

Dita Broz from the Centers for Disease Control (CDC) provided some troubling evidence that since 2000 a massive increase in the number of people with addictions to orally-dosed opioid painkillers has led directly to a new generation of injectors.

Deaths from overdoses of opioid drugs have increased in the adult population from three per 100,000 in 2001 to 10.4 per 100,000 (one per every 9600 US adults per year) in 2015, and the steepest increase has been among non-conventional medical opioid such as fentanyl, with a tenfold increase. Medically prescribed opioids (including methadone) are responsible for 4.7 overdose deaths per 100,000 per year.

In order to find out whether non-injected opioid painkiller use was a precursor to injecting opioids, the NHBS conducted a respondent-driven survey of people who had injected opioids in the last year in 16 cities and asked them: “Were you hooked on painkillers before you injected for the first time?”

As this is a respondent-driven sample, there’s no denominator; we can’t tell if respondents were typical of PWID in their area. But there was a large increase in prior prescription opioid use in the last 25 years. In people who first injected opioids before 1995, 12% said they had been hooked on painkillers before they started to inject. In people who had started injecting any year after 2005, that proportion had increased to 50%. The median time between becoming addicted to prescription painkillers and injecting was four years.

One in three PWID (30.5%) said they had obtained the painkillers they became addicted to directly from prescriptions by doctors. Another 40% had got them from a friend or family: half of these had been bought, half given. One in sixteen people (6.7%) had stolen them.

People who had started injecting after 2000 were less likely to have HIV (2% versus 6%), however.

Changing patterns of meth use in gay men

Two surveys looked at trends in methamphetamine use, both injected and non-injected, in MSM in the US. Both found that trends in drug use in gay men in general had stayed flat but that who was using them had changed: use in black and poorer men had increased at almost exactly the same rate as it had decreased in white men.

Similar trends were reported specifically from Washington DC, where Irene Kuo of George Washington University found complementary trends in meth use in white and black MSM. In white MSM the proportion in the city who reported using meth in the last year had gone down from 9.5% to 4.7% between 2008 and 2014. In black MSM it had gone up, from 4.4% to 9.9%.

There were encouraging signs in white MSM that young men were not taking to meth: men over 30 were 2.5 times more likely to use meth than those under 30. On the other hand, as the national survey found, it is increasingly becoming a drug of the poor rather than the rich: white MSM earning under $20,000 a year were no less than 8.45 times more likely to use meth than men earning over $50,000 a year.

Finally, one interesting study from San Diego looked at what might be called the tertiary effects of opiate substitution therapy (OST). This benefit is that people receiving OST (or medication-assisted therapy as it is known in the US) not only suffer from fewer injection-related ills (primary benefit) and share needles and pass on fewer infections to others (secondary effect) but that they also initiate fewer people into injecting (tertiary benefit).

A group of PWID were asked: “Have you ever helped someone inject who had never injected before?” People on OST programmes were 38% less likely to report that they had.

Broz D et al. “Hooked on painkillers” prior to first injection among PWID in 16 US cities. Conference on Retroviruses and Opportunistic Infections (CROI 2017), Seattle, abstract 869, 2017.

Hoots B et al. Changes in prescription opioid, meth, and cocaine use among MSM in 20 US cities. Conference on Retroviruses and Opportunistic Infections (CROI 2017), Seattle, abstract 871, 2017.

The US’ “Most Concerning” HIV Outbreak Among Injection Drug Users

Homeless people at risk of HIV have been supported through the pandemic, after NHS Greater Glasgow and Clyde launched what is thought to be the UK's first mobile assessment unit
Glasgow Times
1 Feb 21
Injectable & long-acting HIV treatment

A recent study found that women had varying levels of willingness to use long-acting injectable HIV medications, based on their history with intravenous drug use.
American Journal of Managed Care
25 Jan 21
Drug policy & policing

The government has announced an £80m investment in drug treatment services across England. The money will partly be used to increase the number of treatment places for people leaving prison as well as offenders diverted into community sentences, and forms part of an overall package of £148m to cut drug-related crime.
Drink and Drugs News
20 Jan 21
Harm reduction

Naloxone: Scotland drug users to be given take-home kits

HIGH-RISK drug users in Scotland will be given the anti-overdose drug Naloxone in take-home kits, as part of a Government scheme. The treatment can reduce the risk of death from an opiate overdose.
The Herald
8 Jan 21
More editors' picks