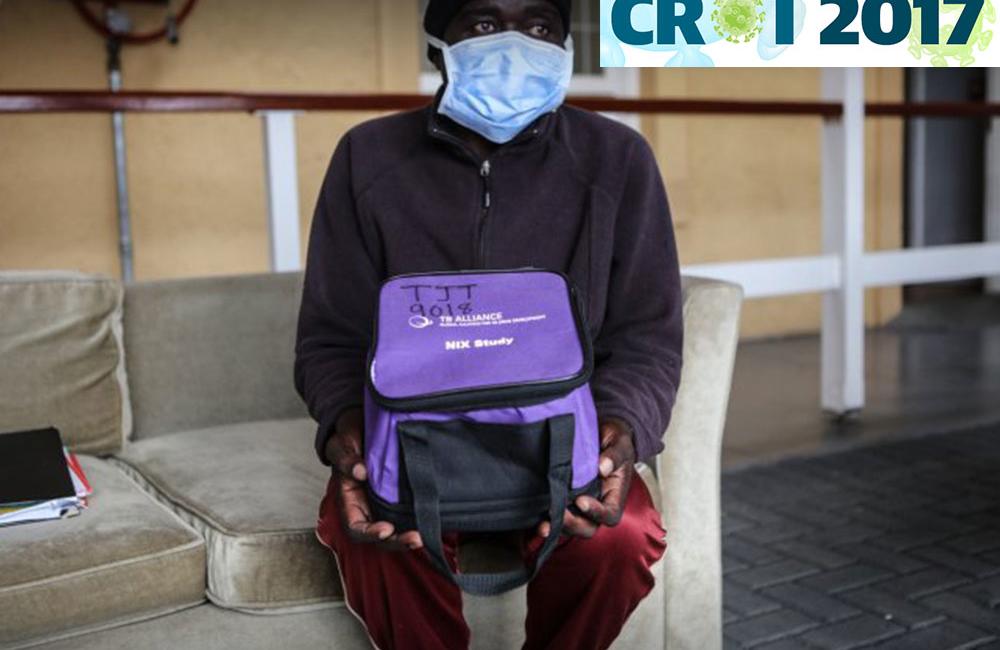 A regimen of three oral drugs given for six months was enough to clear extensively drug-resistant tuberculosis (XDR-TB) in 29 of the first 31 people to have completed the treatment course, Dr Francesca Conradie of Sizwe Tropical Disease Hospital, Johannesburg, told the 2017 Conference on Retroviruses and Opportunistic Infections (CROI). If the results are replicated in a larger population, the findings could revolutionise the prospects for treating not just XDR-TB, but also the more severe cases of MDR-TB (multidrug-resistant tuberculosis).

Although XDR-TB may be a consequence of failure of previous treatment for MDR-TB, research in South Africa has shown that transmission between people, often outside the household, is the primary driver of the country’s growing XDR-TB crisis. Furthermore, research presented this week at CROI shows that migration and travel plays a big part in the spread of XDR-TB in South Africa’s most severely affected province, KwaZulu-Natal.

Kristin Nelson of Emory University, Atlanta, shared results of a study which sought to identify the geographical locations of individuals with genetically-linked XDR-TB infections. The study was designed to determine whether particular locations were strongly implicated in the spread of XDR-TB. Surprisingly, the researchers found that the median distance between the homes of people in these genetically-linked pairs was 111km and 83% of people in genetically-linked pairs lived in different districts of the province. A very high level of mobility for work, for health care-seeking and for family reasons appears to be contributing to the spread of XDR-TB. Household transmission, traditionally considered to be the most important arena of TB transmission and the focus of contact tracing and case-finding efforts, appears to be less important than previously assumed.

Current treatment for XDR-TB requires the assembly of a regimen of six drugs, including a six-month phase of treatment that includes injectable drugs, and a further 12-18 months of treatment with five drugs. Some of the drugs used in the treatment of MDR-TB and XDR-TB have serious side-effects, including hearing loss and kidney damage in the case of several injectable drugs. Some drugs used in the regimen are costly and unavailable in some countries, further complicating the assembly of an effective regimen.

Even if people gain access to XDR-TB treatment and are able to tolerate the regimen, the cure rate is shockingly low. Follow-up of people treated for XDR-TB in South Africa between 2008 and 2012 shows that just 11% had been cured five years after beginning treatment, whereas 73% had died. Finding a shorter-duration regimen that is effective against XDR-TB, with fewer serious side-effects, would greatly improve the chances of treating the infection and stopping onward transmission.

The NIX-TB study is testing a three-drug regimen consisting of bedaquiline (Sirturo) (the first new TB drug to be approved in 40 years), linezolid (a cheap antibiotic), and pretomanid (PA-824), an experimental TB drug being developed by the TB Alliance.

Francesca Conradie presented results on the first 72 people to be treated in the study.

Participants were eligible to join the study if they had documented XDR-TB, or were intolerant to an MDR-TB regimen and remained culture-positive, or had failed to be cured by MDR-TB treatment and remained culture-positive. The study excluded people with HIV who had a CD4 cell count below 50 cells/mm3, and people with cardiac arrhythmia or severe peripheral neuropathy.

Treatment is ongoing for some participants so participant disposition is as follows:

Of the 31 who have completed post-treatment follow-up, 29 people cleared XDR-TB. One person has been reinfected with drug-susceptible TB. Another person appears to have suffered a relapse of XDR-TB but genome sequencing is needed to determine whether this is a true case of relapse, or whether it is a reinfection.

Dr Conradie said that peripheral neuropathy could be managed with gabapentine, but that it gradually diminishes after treatment is completed.