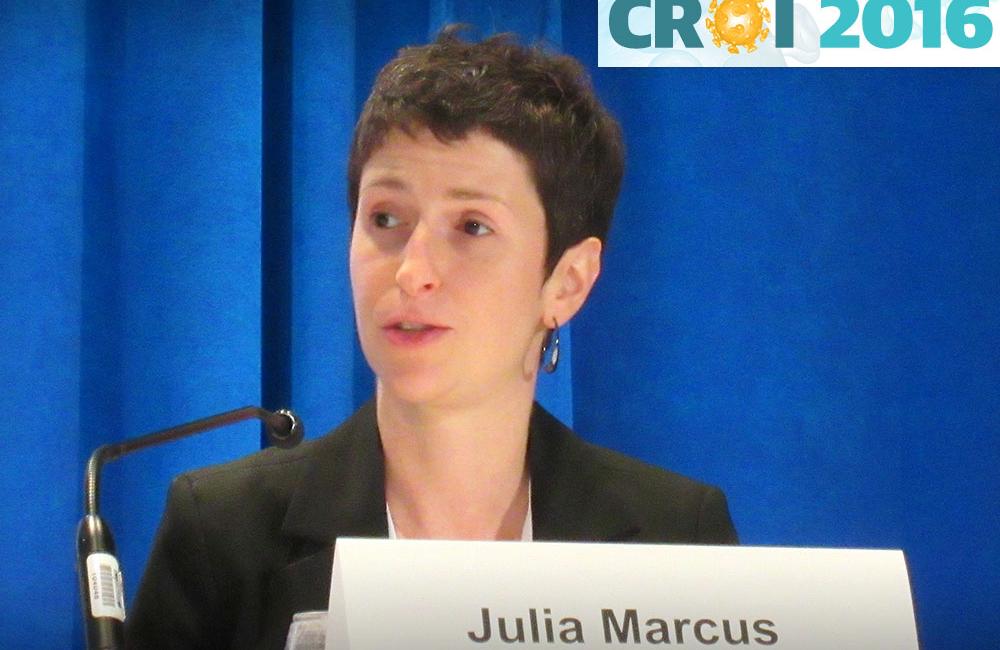 “In addition to timely ART initiation, risk-reduction strategies such as smoking cessation may further narrow the survival gap." Julia Marcus

The researchers also looked at risk factors for mortality and were able to calculate life expectancy if these were absent. Starting antiretroviral therapy (ART) early, not having hepatitis B or C, and not having a history of drug and alcohol problems all raised life expectancy; but the biggest difference was due to smoking. Nonetheless, even HIV-positive people who had never smoked had a life expectancy over five years lower than HIV-negative people.

The study looked at mortality rates in 24,768 HIV-positive people within the Kaiser Permanente system and compared them with ten times that number of HIV-negative people (257,600) also in the system between the years 1996 and 2011. The two groups were matched for age (31 at entry to the study) and gender (91% male). Deaths were ascertained from death certificates and social security records so could be traced even if people left the Kaiser system.

Forty-five per cent of the HIV-positive people had ever smoked versus 31% of the HIV-negative; 21% of positive versus 9% of negative had ever had drugs or alcohol problems; and 12% versus 2% had ever had hepatitis B or C.

In the HIV-positive people, 75% were men who acquired HIV through sex with other men; 16% were heterosexual men and women; 7% got HIV through injecting drug use; and 2% through other routes such as occupational exposure. Forty-six per cent were already on ART when they joined the Kaiser cohort, while another 40% started during their period in the study. One in three (35%) did not start ART until their CD4 count was below 200 cells/mm3, while 18% started at CD4 counts over 500 cells/mm3.

What did this do to life expectancy? In 1996-97 the life expectancy at age 20 of an HIV-positive person was 19 years, in other words they could only expect to live, on average, in the absence of any improvement in treatment, till they were 39. By 2011, this had improved to 53 years, i.e. death on average at 73.

In HIV-positive women, life expectancy improved slightly less than it did on men. For subgroups, instead of contrasting 1996-97 with 2011, the researchers contrasted life expectancy during the whole period between 1996 and 2007 with life expectancy from 2008-2011.

The increase in life expectancy in white people was the same as it was in men. In black people it was lower during both periods and did not improve as much as in white people (38 years at age 20 in 1997 to 2007 and 46 in 1998-2001 – this was pretty much the same increase as in people who inject drugs); while Hispanic people did rather better with an improvement from 39 to 52 years. In gay men it improved from 40 to 51 years.

In subgroups, the difference was bigger: in men the gap between HIV-negative and general-population life expectancy was five years, in black people three years, and in Hispanic people six years. However, Kaiser’s users are not likely to resemble the general population, so the actual reduction in life expectancy due to HIV in the general population is likely to be lower than this.

Julia Marcus of Kaiser, presenting, commented: “In addition to timely ART initiation, risk-reduction strategies such as smoking cessation may further narrow the survival gap." She said they would consider looking at other factors that might impact on life expectancy such as depression, which is more common in people with HIV.

She added: “Future studies should determine if this survival gap persists in more recent years, and if so, identify factors that may contribute.”

In the 1980s and 1990s, orphanhood increased dramatically in sub-Saharan Africa because of HIV-related illness. But as antiretroviral therapy became widely available, the number of teens ages 15 to 19 in Rakai, Uganda, who lost a parent decreased.
POZ
11 Jan 22
More editors' picks