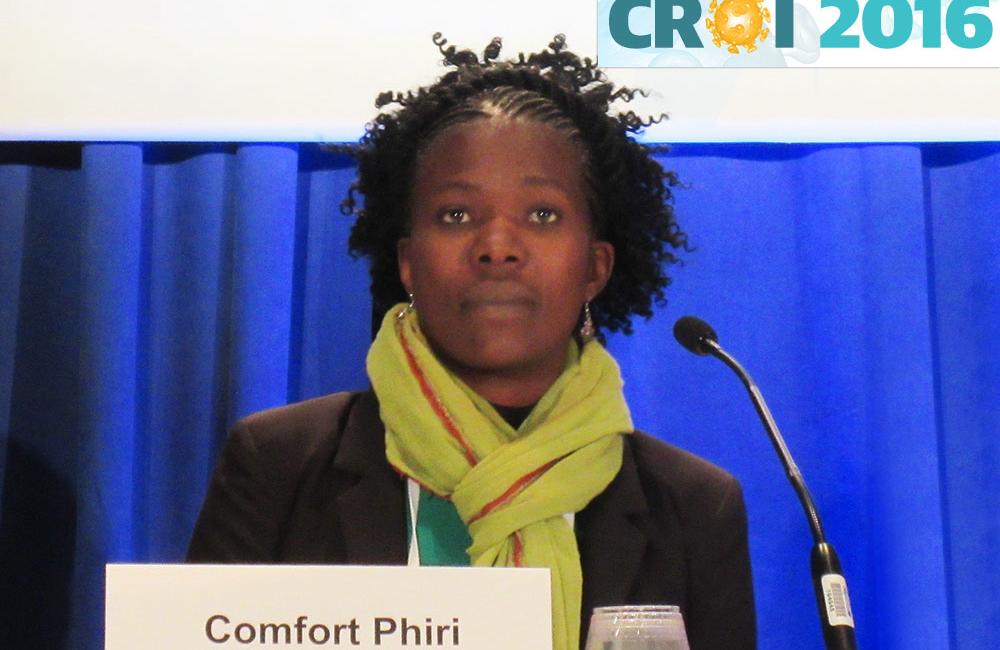 Offering TB screening as part of a home-based HIV testing intervention has the potential to identify numerous TB cases that would otherwise have gone undiagnosed, a report from a large community-based study in Zambia shows. The findings, from the PopART study, were reported by Comfort Phiri of Zambart at the Conference on Retroviruses and Opportunistic Infections (CROI 2016) in Boston on Thursday.

The high prevalence of tuberculosis among people living with HIV makes it desirable to improve TB screening alongside HIV testing. However, unlike HIV testing, which can be carried out with rapid antibody tests in the community or even in the home, screening for TB requires several stages, since a point-of-care test is not yet available.

The World Health Organization recommends that TB screening should start with a symptom screen, which has a high likelihood of picking up people with symptomatic TB. But, because of the non-specific nature of the symptoms, laboratory confirmation is needed in order to exclude people who are not infected with tuberculosis before treatment can be provided.

TB screening is hampered by the need to send samples away for testing, and by the challenge of getting people to come back to the health care facility to receive their results and then start treatment. Studies from numerous countries have recorded significant losses at this stage, which result in a high burden of untreated TB and ongoing transmission in the community.

The PopART study is a community-randomised study testing three different approaches to the provision of testing and treatment and their impact on HIV incidence at population level in Zambia and South Africa. The study includes a community HIV testing and prevention package delivered by Community HIV care Provider (CHiPs). Preliminary results from the study were presented in a separate session at the conference this week (see report here).

The PopART study carried out door-to-door offers of HIV testing, and also conducted a symptom screen for TB in eight communities in Zambia. People in the intervention communities who reported either weight loss of more than 1.5kg in the past month, cough for ≥ 2 weeks, and/or night sweats, or who lived in a household where another member was on TB treatment were invited to give two sputum samples for TB testing by smear microscopy or Xpert MTB/RIF. The sample was then transported to the health facility by the CHiPs who carried out the symptom screen, and the individual was asked to go to the clinic for further evaluation. Positive TB test results were taken back to the individual’s home by the CHiPS.

A total of 212,819 residents in 102,511 households consented to take part in the study (an uptake of 84% – approximately two-thirds of those who did not take part were away from home, indicating the challenge that labour mobility poses to community-based delivery of treatment and prevention in southern Africa). Of those who gave consent to take part in the study, 98.4% consented to being screened for TB. Only 1.2% had TB symptoms (2,583). The most common symptom resulting in referral was cough (1884 people) and of those subsequently diagnosed with TB, 91% would have been diagnosed on the basis of the presence of cough alone, without the need for confirmation by other symptoms. Only 15 people diagnosed with TB did not have a cough lasting two weeks or more.

Of the 2583 people with TB symptoms at screening, 82% gave a sputum sample. Producing sputum can be difficult for people with symptomatic TB, but the proportion of missing samples at this stage emphasises the importance of both clinic follow-up and of the need for a point-of-care test – or alternative sampling methods – that can be used in community settings to aid active case finding.

Approximately three-quarters are known to have received the results of a TB test (1918 people), of which 167 (8.7%) were diagnosed with TB, representing a TB notification rate of 417 cases per 100,000 people. One hundred and thirty three started TB treatment (79.6%). The remainder are still being followed up in order to start treatment.

The study investigators are currently unable to explain why the proportion of people with TB symptoms in the total study population was so low. One possibility is that lay health workers may not have sufficient knowledge of TB symptoms to probe further, but Comfort Phiri said that lay health workers received training in how to ask the questions. Another possible reason for the low TB symptom rate is that 9.5% of all household members were away from home at the time of the screening visit, and just over three-quarters of these missing household members were men, who might be expected to have a lower likelihood of seeking medical attention for any symptoms.

Regardless of these questions, the study findings show that large-scale screening using symptom checks and community health workers can be integrated into a large household HIV testing programme, underlining the synergy between global efforts to expand the coverage of HIV testing and treatment and efforts to improve TB diagnosis and treatment.

Over the next five years, the national Department of Health plans to initiate a system that supports potential tuberculosis patients from the moment they come into contact with a health provider – public, private or traditional – to know their test results and link them to help, all within a week, and will also introduce a shorter treatment regime for children with non-severe TB.
Medical Brief
22 Sep 22
Tuberculosis & HIV

Compared to the only other approved device for TB detection in people living with HIV, the new FujiLAM point-of-care test offers superior diagnostic sensitivity.
Be In The Know
30 Jun 22
TB diagnosis