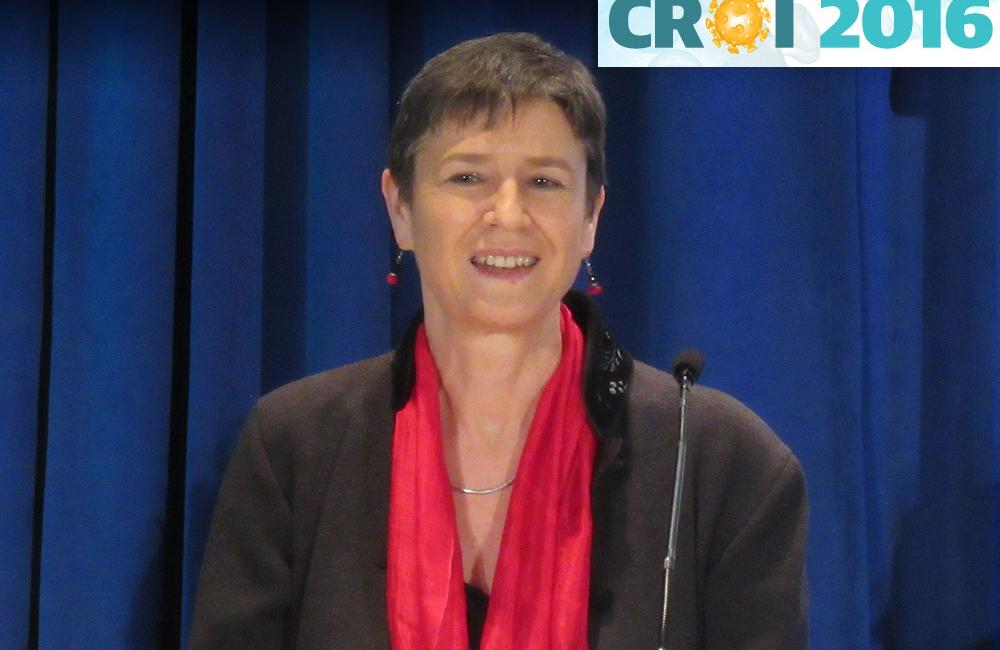 A South African trial has found that a strategy allowing primary care nurses to quickly provide empirical tuberculosis (TB) treatment for newly diagnosed people with advanced HIV disease at very high risk of, but without confirmed, TB did not lead to a major reduction in mortality, even though it substantially increased the percentage of people starting TB treatment. Moreover, it may have delayed initiating antiretroviral therapy (ART) for some participants when compared to those in a standard of care control arm, researchers say.

"I think from this we can say that increased TB treatment coverage alone did not result in a major reduction in early mortality," said Dr Alison Grant of the London School of Hygiene and Tropical Medicine and Aurum Institute who presented the findings on the final day of the annual Conference on Retroviruses and Opportunistic Infections (CROI 2016) in Boston.

She and other experts at the meeting suggested that the delay in ART initiation could have offset some of the benefit earlier TB treatment may have offered. However, the results seemed quite similar to those of the REMEMBER trial, reported last year, which found that putting everyone with a CD4 cell count below 50 cells/mm3 on both ART and empirical TB treatment was no better than offering ART and isoniazid preventive therapy (IPT).

Consequently, the TB diagnostic process for some patients can become quite prolonged, and ART initiation may be delayed while waiting for the lab results. This has led many public health specialists to wonder whether the use of empirical TB treatment for people with advanced disease might reduce mortality. But there are potential disadvantages of unnecessary TB treatment such as toxicity, not diagnosing the true illness and poorer treatment adherence. Whether to treat is not usually a decision that nurses are trusted to make on their own, but getting a doctor to evaluate their hard-to-diagnose cases can be a challenge in a usually rural clinic setting.

Dr Grant and colleagues devised a management strategy to enable the nurses in primary care clinics in South Africa to triage HIV-positive people they identified to be at highest TB risk, and hypothesised that if nurses initiated empirical TB treatment rapidly in these patients, and initiated ART promptly, it would reduce early mortality.

Unlike the REMEMBER study, the study did not simply start everyone with low CD4 counts on empirical treatment. Rather, they developed a TB triage algorithm using three criteria: A TB diagnostic test, the lipoarabinomannan or LAM lateral flow assay, and a urine dipstick test that is easy to administer and which appears to pick up at least some cases of TB in HIV-positive people with lower CD4 counts (the CD4 cut-off for inclusion in this algorithm was 150 cells/mm3). However, because the test is only somewhat sensitive for TB, the researchers decided to include some additional measures to increase the sensitivity. These were low haemoglobin and low body mass index (BMI), which are consistently associated with high mortality but also with risk for active TB among HIV-positive people.

So anyone who was positive for any of these criteria was considered to have a 'high probability of TB', and the nurses were instructed to provide TB treatment straight away followed by ART two weeks later. (Note, it is policy in South Africa to not start ART until someone has been taking at least two weeks of TB therapy; however, World Health Organization (WHO) guidelines recommend that ART be given as soon as possible.)

If an individual had one or more symptoms of TB but none of the high-risk criteria, they were assigned a 'medium probability of TB' and were to receive further TB investigations such as chest X-ray or further sputum investigation with rapid review within a week, aiming to start them either on TB treatment or on ART promptly.

If someone had no TB symptoms and none of the high-risk criteria, they were to start ART immediately.

To test this management strategy, Dr Grant and colleagues conducted a pragmatic cluster-randomised trial in which the clusters were primary healthcare clinics in South Africa. Individuals were eligible if they were HIV-positive adults with CD4 cell counts of 150 cells/mm3 or less, who had not used ART in the past six months or TB treatment in the last three months and who had no danger signs requiring immediate hospital referral.

In intervention clinics the study staff enrolled patients and facilitated the study algorithm working with clinic staff. They also took a single sputum specimen for M tuberculosis culture and a urine specimen was stored for later culture at the end of the study. Subsequent management was done by clinic staff. In the control clinics, the staff enrolled patients, stored a urine specimen, and all of the management and care was done by clinic staff according to their usual practices.

The primary outcome was all-cause mortality at six months, and there were a number of secondary outcomes including:

The researchers made some critical assumptions when calculating the sample size needed for the study. They assumed that 60% of early deaths on ART were due to TB and that two-thirds of these would be preventable by earlier TB treatment. But they also thought that by removing the need for TB investigation they would be able to accelerate the start of ART in all participants, which would lead to an additional reduction in mortality. So they concluded that with 12 clusters per arm, the study would be well-powered to reliably assess a 40% reduction in mortality.

A total of 3053 people were assigned to the study, but 30 had to be excluded, leaving 1507 participants in the intervention arm and 1516 in the control arm. The study arms were quite well balanced. Just slightly more than half of the participants were women with a median age of 38. The median CD4 count was 74 cells/mm3 and about 20% had a body mass index (BMI) of less than 18.5. Most people reported one or more symptoms consistent with TB.

Retention in the study was good and vital status could be determined in about 98% of the study participants at six months in each arm.

As for the primary outcome of mortality, in the intervention arm the mortality rate was 19 per 100 person-years compared with 21.6 in the control arm, which was not significantly different.

Data on two secondary outcomes were presented. 13% of the intervention arm participants were hospitalised in the first six months, compared to 10% in the control arm, which again was not a significant difference.

More importantly, in the intervention arm, 66% of the people had started ART within 30 days, while in the control arm 73% had started. While this is not a great difference, it was the opposite of what the investigators had expected to happen.

"We looked at the mortality rates among people in both arms of the study who had not yet started ART and in the first 14 days after enrolment, the mortality rate was 29 per 100 person-years, rising to 47 per hundred person-years amongst those on treatment for 15 days or more," Grant said. "So this certainly suggests that delay in starting antiretroviral therapy is associated with worse outcomes."

"Our results support existing WHO policy on empirical TB treatment, which is not to extend empirical TB treatment widely in ambulatory patients," she continued. Grant added that more work is needed to refine the care package for people with advanced HIV disease at high TB risk, including the development of a better point-of-care TB diagnostic test.

"More broadly, what we need is wider HIV testing and earlier ART initiation so that people do not reach this stage of advanced disease where they are at such high risk," she concluded.

The CDC published a recommendation for a 4-month regimen to treat patients aged 12 years or older with drug-susceptible pulmonary tuberculosis. The regimen containing rifapentine, moxifloxacin, isoniazid and pyrazinamide was shown in a recent clinical trial to be noninferior to the standard 6-month regimen in curing drug-susceptible TB.
Healio
7 Mar 22
More editors' picks