XDR-TB in South Africa is largely spread person-to-person, not by failure of drug treatment 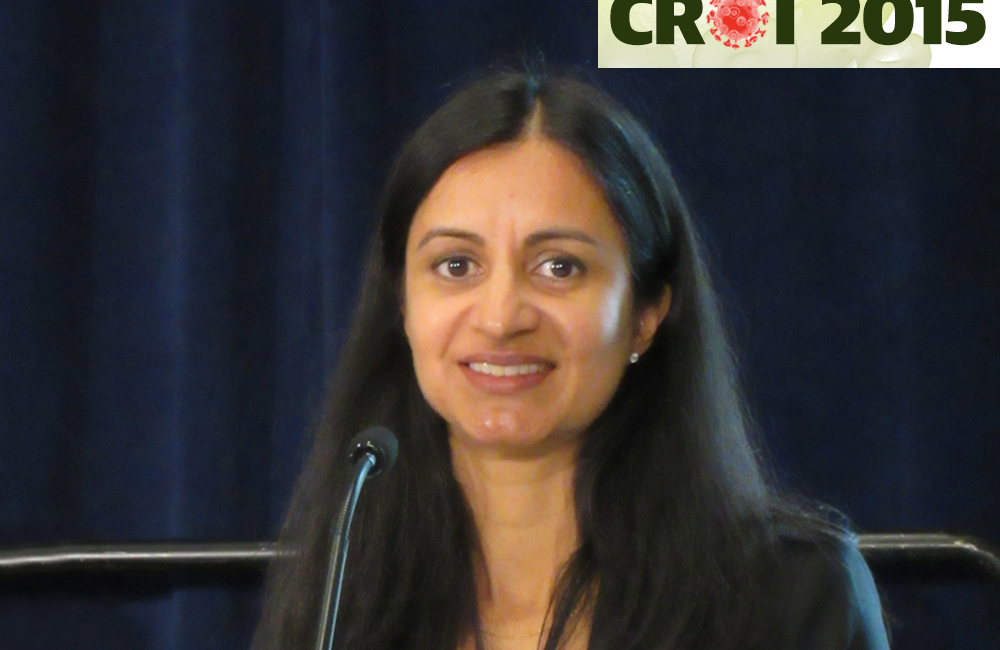 The vast majority of people with extensively drug-resistant tuberculosis (XDR-TB) diagnosed in the world’s most extensive outbreak have acquired their infection from another person, not as the result of the failure of treatment for multidrug-resistant strains of tuberculosis (MDR-TB), N Sarita Shah told the Conference on Retroviruses and Opportunistic Infections (CROI 2015) in Seattle, USA, on Wednesday.

KwaZulu-Natal province in South Africa has been the setting for a large outbreak of XDR-TB since 2006, when cases first began to be identified. XDR-TB is defined as a form of TB that is resistant to isoniazid and rifampicin, plus any fluoroquinolone and at least one of three injectable second-line drugs. XDR-TB continues to be a major problem in South Africa despite the implementation of improved diagnostics, infection control and treatment regimens.

XDR-TB is very difficult and costly to treat. It is either acquired through multiple failures of TB treatment regimens, leading to accumulating resistance to more and more agents, or through transmission from another person. XDR-TB is not more infectious than drug-sensitive TB.

Although hospitalisation is known to be a risk factor for acquiring XDR-TB in South Africa, the proportion of XDR-TB that is acquired through nosocomial transmission (transmission in medical settings) or transmission in the community is unclear.

Researchers conducted a study of mycobacterial isolates in 400 cases of culture-confirmed XDR-TB in KwaZulu-Natal province, diagnosed between 2011 and 2014. In order to determine whether isolates were linked to others, they performed genotyping to identify nine mutations conferring resistance to anti-TB drugs. In cases where a similar genotypic resistance pattern was shared by more than 20 isolates, the entire genome of each isolate was sequenced to provide more information about the likely pattern of transmission.

Further strengthening the case for nosocomial transmission, researchers found that only 21% of isolates came from patients who had received any treatment for MDR-TB. Seventy-nine per cent of isolates were therefore attributable to transmission, and in 89% of cases with no previous history of MDR-TB treatment, the isolate matched at least one other sample.

A very high proportion of cases had occurred in people living with HIV (77%), 91% of whom were receiving antiretroviral treatment. Of these, 66% had an undetectable viral load at the time of XDR-TB diagnosis.

Sarita Shah of the US Centers for Disease Control and Prevention (CDC) said that only around half of the cases attributable to transmission had a history of hospitalisation, suggesting that community settings might be the source of infection for some patients. More research will be needed to determine whether community exposure is contributing substantially to the transmission of XDR-TB in South Africa.

Transmission in healthcare settings could be reduced by implementation of some basic low-cost interventions such as opening doors and windows to improve ventilation, separation of people with suspected TB from other patients, more rapid diagnosis of TB and universal use of drug susceptibility testing, said Dr Shah, but for many facilities cost remains a barrier to implementing infection control measures.

Results from Stage 2 of the STREAM clinical trial show that a fully-oral nine-month bedaquiline-based regimen and a six-month injection-containing regimen have superior efficacy to the nine-month regimen currently used, which is a combination of pills and injections.
Health Policy Watch
9 Nov 22
TB treatment

Researchers have significantly strengthened the safety profile of a watershed treatment course for highly drug-resistant strains of tuberculosis — a heartening breakthrough set to change the lives of millions of MDR-TB patients around the world.
Health Policy Watch
2 Sep 22
More editors' picks