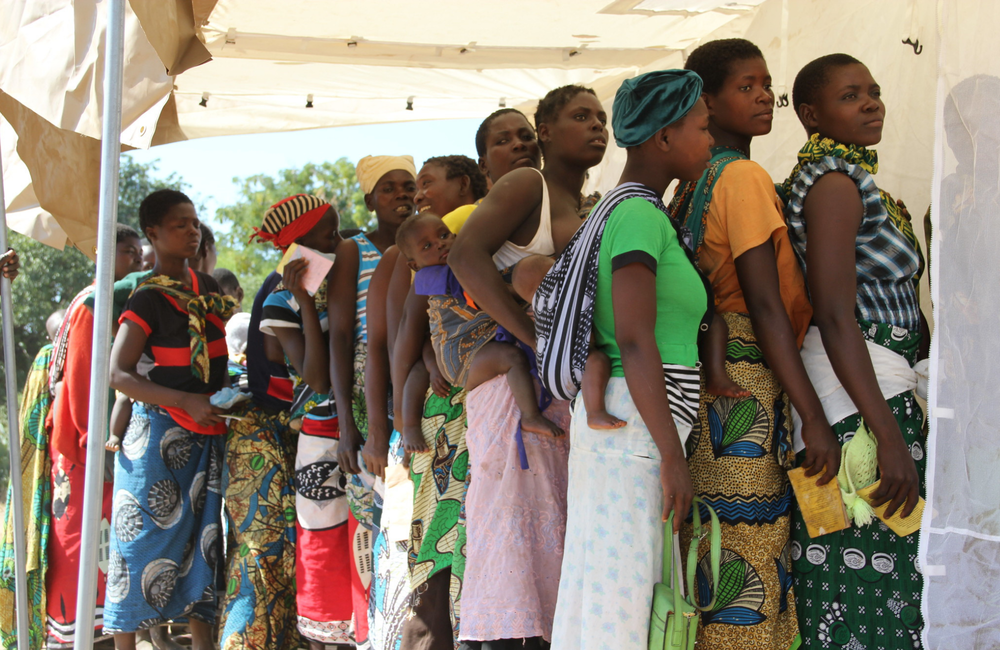 Imbokodo, one of a pair of major HIV vaccine efficacy studies, has been drawn to a close earlier than planned as results indicate that the vaccine did not sufficiently protect women in five southern African countries from HIV infection, it was announced today.

The risk of infection was reduced by 25% in women who received the vaccine, but this result was not statistically significant, so could be due to chance. A study evaluating a similar vaccine in men who have sex with men and transgender people is ongoing, and might still demonstrate efficacy. However, if it does not, the results will further hasten a shift in HIV vaccine studies’ approach.

“The development of a safe and effective vaccine to prevent HIV infection has proven to be a formidable scientific challenge,” Dr Anthony Fauci of the National Institute of Allergy and Infectious Diseases commented. “Although this is certainly not the study outcome for which we had hoped, we must apply the knowledge learned from the Imbokodo trial and continue our efforts to find a vaccine that will be protective against HIV.”

Imbokodo may be one of the last studies of experimental vaccines which elicit non-neutralising antibodies. These don’t directly block viral replication but recruit an immune response that does. ​The next generation of candidate vaccines will need to elicit ​broadly neutralising antibodies (bNAbs), which do directly block viral replication.​ These arise in rare individuals, but only ​in chronic infection. ​

Imbokodo tested a vaccine called Ad26.Mos4.HIV. Like the AstraZeneca and Johnson & Johnson COVID-19 vaccines, it used an engineered adenovirus vector – a harmless relative of the common cold virus – to deliver a so-called mosaic of optimised HIV immunogens, or antigens that stimulate immune responses broad enough to protect against a wide range of virus strains. The last two of the four injections provided a combination of gp140 proteins, which make up the HIV envelope, from clade C (the predominant HIV type in much of Africa and Asia).

The Imbokodo study, also known as HVTN 705, recruited 2637 women aged 18 to 35, the population at highest risk of acquiring HIV infection in southern Africa. Participants were recruited in Malawi, Mozambique, South Africa, Zambia and Zimbabwe. They received four shots over the course of a year, of either the active vaccines or placebos.

The study’s primary endpoint was based on the difference in number of new HIV infections between the placebo and vaccine groups up to 24 months after participants received their first shots. The researchers found that 63 of 1109 participants who received placebo acquired HIV, compared to 51 of 1079 participants who received active vaccine. This analysis demonstrated a vaccine efficacy estimate of 25.2% (95% confidence interval -10.5% to 49.3%). The wide confidence interval indicates the lack of certainty in this figure, which is not statistically significant. The researchers were aiming for at least 50% efficacy.

The vaccine regimen did not cause harm and was generally well-tolerated.

Study participants will be informed of the result and told whether they had received the active vaccine or not. The women who acquired HIV have been directed to medical care and offered HIV treatment.

Imbokodo was being run in parallel with Mosaico (HVTN 706), which is testing a similar vaccine with men who have sex with men and transgender people in the Americas and Europe. This second study is continuing: it tests a slightly different vaccine product which may induce a stronger immune response, different strains of HIV are circulating in the regions where it is tested, and participants may have less exposure to HIV than those taking part in Imbokodo.

However, if Mosaico’s results are also disappointing, Professor Lawrence Corey of the HIV Vaccine Trials Network told Science magazine that “it really does mean the entire field needs to shift to neutralising antibodies”.