The study demonstrated that suboptimal adherence was the likely cause of ongoing viral replication in a significant proportion of heavily pre-treated patients, and that people with adherence issues were often living with high levels of social exclusion. Published in the online edition of Clinical Infectious Diseases, the research involved 20 heavily ART-experienced patients with detectable viral load and drug resistance. They were admitted to inpatient care where ART was administered using directly observed therapy (DOT).

Although most people taking modern ART have excellent outcomes, a minority of people on ART have a persistent viral load. Possible reasons include lack of ART potency, pre-existing resistance and suboptimal adherence to therapy.

When lack of adherence is the reason for ART failure, it is essential to identify the causes and to develop strategies for support in the future. Otherwise, there is a risk that patients will cycle through treatment options and develop further drug resistance.

A team of investigators led by Nicole Winchester of the US National Institutes of Health noticed that several heavily ART-experienced patients with a detectable viral load who were admitted to hospital had substantial falls in viral load following daily dosing of ART by nursing staff. They therefore hypothesised that suboptimal adherence was the underlying reason for the virological failure of ART in many heavily treated patients.

To test this theory, they designed a study involving 20 people with confirmed virologic failure (two recent viral load measurements above 1000 copies/ml), despite taking at least two previous ART regimens. All had been taking their current combination of anti-HIV drugs for at least six months.

Treatment history and results of previous resistance tests were obtained from the patients’ notes.

After giving informed consent, the participants were admitted to a clinic for an eight-day study. The participants were asked to continue taking their existing ART and to mimic their ART adherence regimen at home. Individuals who did not ask for their therapy within two hours of their stated dosing time had the therapy administered by nursing staff. Such instances were recorded in the patients’ notes.

Viral load and antiretroviral drug levels were monitored. The patients were provided with education about HIV, adherence counselling and received psychological assessments and support. At the end of the study, the participants returned to outpatient care.

Study participants’ median age was 46, 60% were male, 85% were black and 25% acquired HIV at birth. Most had advanced HIV disease, with 90% having a CD4 count below 200 cells/mm3 and a median cell count in the cohort of 54 cells/mm3. Median viral load at the start of the study was approximately 40,000 copies/ml. In terms of treatment history, participants had taken an average of twelve previous antiretroviral drugs, had 21 major resistance mutations and had been on ART for an average of 17 years. A quarter of patients had previously taken suboptimal ART with single or dual therapy.

A response to DOT (a fall in viral load of at least 0.5 log10) was seen in 45% of participants. This confirmed non-adherence as the cause of virologic failure.

During the study, a third of participants with a virological response and 45% of those without a response did not request their therapy on time on at least one occasion.

There were significant differences between participants according to DOT response. Participants with a response had taken fewer previous anti-HIV drugs compared to individuals without a response (average 9 vs 14, p = 0.004), they also had fewer major drug resistance mutations (6 vs 24, p = 0.001) and had virus that was more susceptible to ART (p < 0.001). 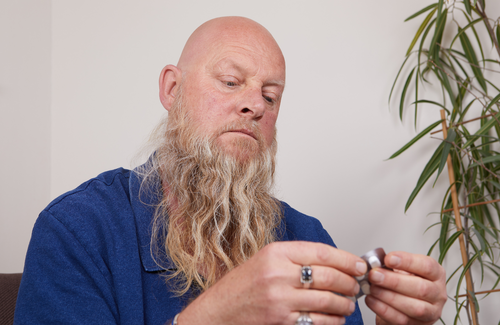 After the conclusion of the study, two-thirds of the participants who responded to DOT had at least six months follow-up in outpatient care. Five of these participants had a viral load measurement below 40 copies/ml on at least one occasion, but only one maintained viral suppression in the long-term. Nevertheless, all six participants had a significant increase in CD4 cell count. Eight of the participants who did not respond to DOT had active ART options and returned for a second inpatient DOT stay to start a new regimen. New drug resistance emerged in three of these individuals.

“We showed that a short-term DOT can be an effective tool for identifying suboptimal adherence as the major cause of virologic failure, preventing unnecessary regimen changes and guiding subsequent follow-up,” conclude the investigators. They suggest that less intensive strategies for outpatients, such as virtual DOT using smartphones, may also have value.

While South Africa is doing well on some of the UNAIDS HIV targets for 2020, one target we are set to miss is ensuring that 90% of people diagnosed with HIV are on antiretroviral therapy. Partly in response to this problem, the ‘Welcome back’ campaign started by Doctors without Borders aims to make it easier for people who have stopped taking treatment to restart.
Spotlight
1 Dec 20
More editors' picks