How to tackle HIV stigma among health care workers 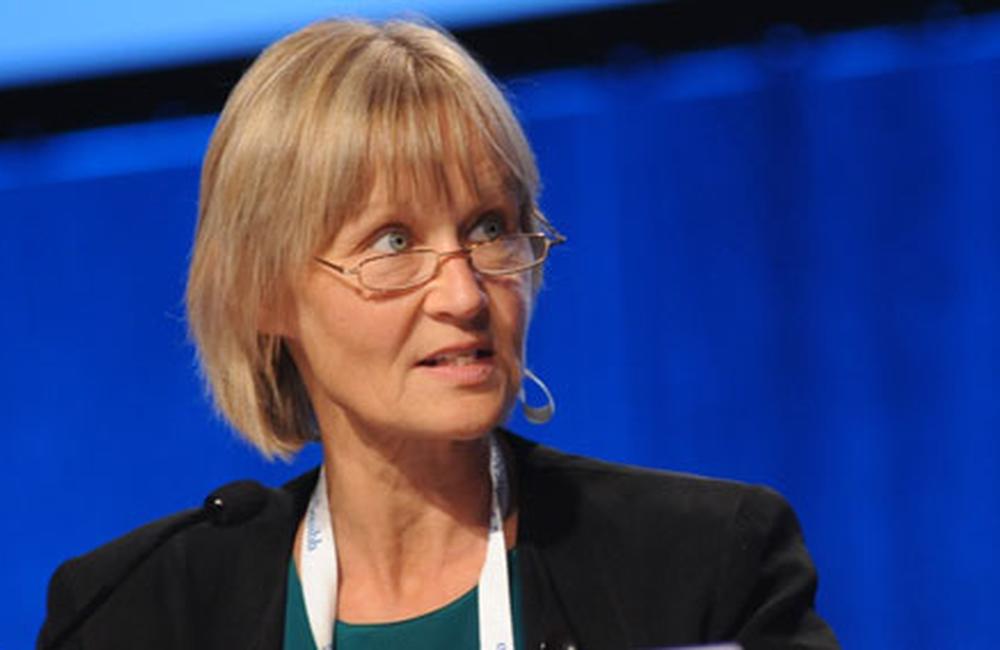 Maria Ekstrand of the University of California San Francisco. © IAS/Deborah W. Campos - Commercialimage.net
This article is more than 8 years old. Click here for more recent articles on this topic

Stemming in part from negative associations with the virus itself, and in part from marginalisation of populations highly impacted by the virus, stigma and discrimination has long dissuaded people from accessing HIV-related services. Studies presented last week at the Nineteenth International AIDS Conference showed that health care workers also hold negative associations of people living with HIV, but that basic education can help to combat misinformation and discrimination.

Presenting on a panel entitled “Bad Manners at the Bedside: Stigma and Discrimination in Health Care Settings,” Maria Ekstrand of the University of California, San Francisco said that "stigma in health care settings is much more than a theoretical construct…it affects health outcomes."

With colleagues in India, Ekstrand considered misconceptions, stigma, and discrimination amongst nurses in Mumbai and Bangalore. A whopping 70% of 393 respondents interviewed said "people who get HIV typically get what they deserve because they've been engaging in behaviors that they shouldn't have."

Two-thirds of groups displayed prejudicial attitudes against marginalised groups at high-risk of HIV infection, and "the vast majority of the participants…think that mandatory testing and other coercive policies aimed at people with HIV should be implemented.”

Nearly half of respondents cited fears over being infected at work, "possibly due to lack of universal precautions," said Ekstrand. While the majority understood basic information about HIV transmission, 26% thought that HIV could be transmitted from sharing a glass; 28% thought they could get infected by using a toilet that an HIV-positive person had used. "Many were hesitant [about] drawing blood or would take extra precautions," such as wearing two pairs of gloves.

Dr. Li Li of the Chinese Centers for Disease Control and Prevention and the University of Los Angeles found similar results in a study in Yunnan and Fujian provinces in China. Li said that while there were "social, cultural, structural, and individual factors," fear of contracting HIV from their positive patients presented a significant barrier to care. This was due in part due to poorly implemented universal precaution measures.

"Some…providers have never heard of universal precaution, and some of them try to avoid patients they think are HIV positive for their own protection," explained Li. The White Coat Warm Heart randomised control trial reinforced universal precaution both to reduce stigma and discrimination, and to ensure occupational safety.

Li noted that the difference in HIV prevalence in Yunnan and Fujian provinces was associated with differing levels of knowledge and differing attitudes. Considering baseline surveys, health care workers in Yunnan, with a higher HIV prevalence rate, displayed higher HIV knowledge; higher perceived institutional support; and lower avoidance than their counterparts in Fujian, with a relatively lower prevalence rate. Yet this was also matched with higher perceived risk.

"We certainly need to consider regional differences in study design," said Li. "A one model fit all will not work…There will not be magic bullets for HIV stigma reduction."

But by providing "engaging and interactive" intervention activities to nearly 880 service providers - with another 880 in a control arm - and to 456 popular opinion leaders in 20 hospitals "we observed significant improvement in reducing general stigma attitude; reducing avoiding intent; and increasing perceived institutional support in the intervention arm,” said Li.

These positive results were found in both provinces. “We are very excited about these outcomes. Our biggest challenge now is to how to put research results into routine medical practice."

Presenting on her doctoral research, Oralia Gómez-Ramírez of the University of British Columbia noted that local political, social, and cultural conditions need to be taken into account when creating health care services, especially for marginalized populations. Her anthropological work focuses on a trans-gendered health unit nestled within the HIV clinic in Mexico City, the creation of which sparked intense controversy among the city's trans community.

While "all activists consider a trans-health program a success, they differed in opinions on its impacts," said Gómez-Ramírez. While some trans-women interviewed were happy with the service, and used it, others were "profoundly dissatisfied" because of the perceived "automatic association with trans-health and HIV/AIDS,” explained Gómez-Ramírez.

"Many trans women, and particularly sex workers, chose not to access HIV-related and other trans services available to them in the HIV clinic;” some even "forcefully advocated for the removal of the trans-health programme from the HIV clinic," she said.

Interviewees who participated in sex work were especially reluctant, as they worried that obtaining services from an HIV clinic would harm them economically. They "could not afford the suspicion of being found to be HIV positive," said Gómez-Ramírez, as "this would jeopardize their already precarious position in the informal economy of street-based sex work."

Manal Benkirane of the US Naval Medical Research Unit in Cairo presented the findings of a study that attempted to determine whether a doctor's gender was predictive of HIV-related stigma and/or discriminatory practices. She found that females "gave more wrong answers" - such as believing that mosquitoes can transmit HIV - and were more likely to refuse treatment to patients. Both males and females were more willing to treat HIV positive children than intravenous drug users or sex workers living with the virus; regardless of gender, doctors aged 35-44 were less likely to discriminate than both their older and younger counterparts.

Benkirane said that the findings relate to gender differences in Egyptian society as a whole, noting that women may display stronger discriminatory practices because of fear of contracting HIV, as “females would be more stigmatized than males in Egyptian society.” Additionally, given cultural norms, "female decisions [are] more influenced by their family ties and tradition" and "would have less access to information."

But perceptions among health care workers are changing, especially in high-burden settings facing a generalised epidemic. In Uganda—which hosts a national prevalence rate of 7.4%—community members interviewed as part of a qualitative study to understand, and mitigate, HIV stigma in health care settings said that "health workers have now a positive attitude towards them," according to Lydia Mugo of Bon Sante Consulting. "One said that he had never seen any discrimination at all."

However, HIV-positive health care workers interviewed said that they faced discrimination by fellow health care workers: respondents reported being sidelined from training activities; given extra work; and being told to treat HIV positive patients "because they had HIV themselves.”

One interviewee said that other staff "mark" objects used by an HIV positive health care worker, such as utensils in communal kitchens, so that those without the virus would not use it.

Mugo said that self-testing among respondents "was a wide-spread activity," as health care workers "were afraid that if they were to go to someone and they were positive, it would become wide-spread knowledge." HIV positive health workers preferred to go to another facility to receive treatment, where they would be treated as just another patient.

Mugo said that outreach and care programs tailored specifically to health care workers were needed. One interviewee told her, "the biggest problem that the health workers have is that the general public assume health workers know everything…so nobody intervenes."

Sara Belton of the London School of Economics and Political Science presented qualitative research which suggested that the roll-out of anti-retrovirals helped to combat stigma and discrimination amongst health care workers in Kabarole district, Uganda because the drugs "transformed HIV from being a death sentence to being a manageable disease."

Belton visited the Kabarole district in 2009, and then again in 2011, noting a "huge difference that ARVs had made" in the period between the two visits. "In 2009…they were in the middle of roll-out, there was still a lot of shortages, there were still a lot of logistical problems…In 2011 they had a much more secure and stable source of the drugs, which happened just before I was there. I'm not sure if I captured the euphoria…or if this is something that could be longer lasting."

Deportation fears, uncertainty over health insurance and stigma are barriers to accessing HIV services for undocumented African migrants in the US

Pressure to keep up: status imbalance a major factor in stress in gay men

Bolsonaro: People With HIV Are "an Expense" for Brazil

Brazil's President Jair Bolsonaro said Wednesday that citizens with HIV are a severe problem, and generate a high "expense" for the country, sparking outrage among the popular sectors of the South American nation.
teleSUR
6 Feb 20
People & personal stories

The closeted, odious lawyer served as Trump's role model, but the future president was allegedly disgusted by him because he had HIV.
Advocate
23 Jan 20
Experiences of stigma

How we internalise stigma and shame

Justice Edwin Cameron: "There is something more insidious, more secret and far more difficult to grasp. It is what some of us sometimes experience within ourselves. This is when we take from the outside the hatred and ignorance and fear and prejudice that is enacted there – and adopt part of it into our own deepest self."
GroundUp
4 Dec 19
More editors' picks