Most UK clinic staff now tell people about U=U, but not always in the same way 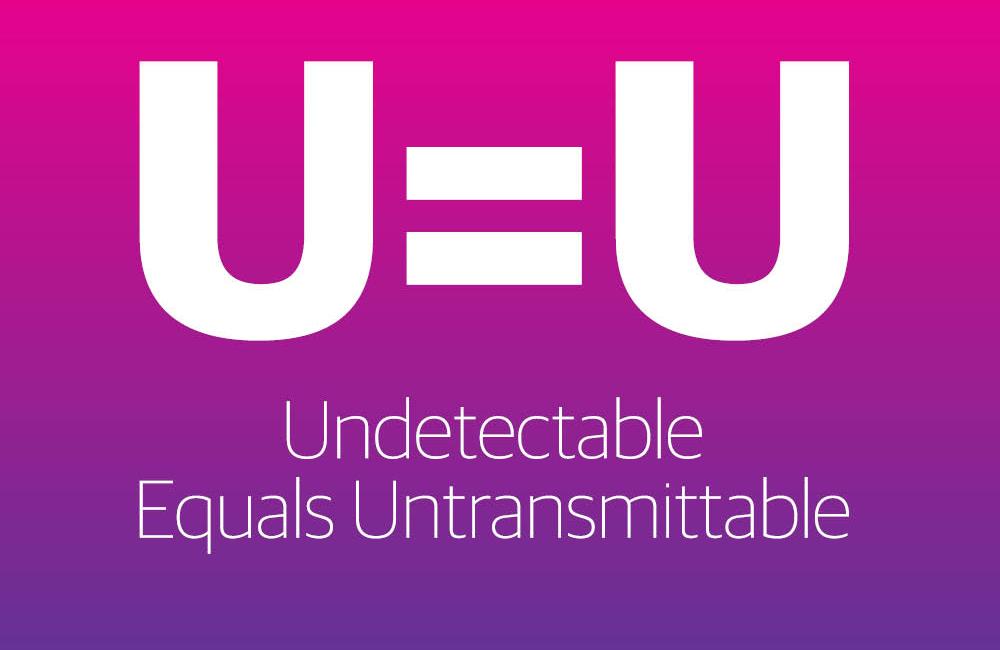 Two presentations at this month’s British HIV Association (BHIVA) conference in Bournemouth show that most specialist healthcare workers are now informing people with HIV that if their viral load becomes undetectable as a result of taking antiretroviral therapy (ART), they can no longer transmit the virus ('Undetectable equals untransmittable', or 'U=U').

However, the healthcare workers told the patients at different times – on diagnosis, after starting therapy, once they were undetectable – and also phrased the information in different ways. The inconsistent practice highlighted in BHIVA's survey of its members prompted the organisation to issue a public statement about U=U on World AIDS Day, 1 December, last year.

A survey conducted at the Mortimer Market Centre’s Bloomsbury HIV clinic in London found that most patients received the information with relief, but that a minority found the information confusing or even distressing. Patients also misunderstood, or developed inaccurate beliefs, about U=U too, such as believing the message covers breastfeeding, which it currently does not.

The Bloomsbury Clinic survey canvassed 81 patients and 31 healthcare workers for their knowledge and opinions. Dr Naomi Adams told the conference that the clinic had decided to conduct its own survey of staff practice and patients’ knowledge after BHIVA's survey of its members, who are almost entirely healthcare workers (3.5% of respondents were patients).

Eleven of the Bloomsbury Clinic patients were women and 12 were heterosexual men; the other 58 were gay/bisexual men. All of them were taking ART.

Seventy-nine per cent said that knowing or learning about U=U had had a positive impact on them.

When asked specifically about the most positive consequence of knowing, there was an interesting difference between heterosexual patients and the gay/bisexual men. For the gay men the most frequently mentioned positive impact – cited by 56% – was that it made disclosure and dating easier and made them feel more confident.

For heterosexuals, the most positive impacts were individual and medical rather than social; 47% said that U=U had helped them decide to start taking ART and served as an incentive to keep taking it regularly.

The most common initial reaction from patients who had not heard of U=U was disbelief – or a conviction that other people, and especially sexual partners, would find it hard to believe.

“I still can’t quite believe it – probably HIV-negative people will find it hard to believe too,” said one. “(My) negative partner still worries about having sex with me,” said another.

Forty-two per cent of people wanted more information to be available, especially online, directed to non-experts. One person wanted “Workshops where we can bring HIV-negative friends / family / partners / others, basically people in our lives who need to hear the news from the professionals.”

There were, however, eleven patients (14%) who had negative reactions. Some people had experienced bad reactions to ART and were unsure that U=U compensated for these in improving their quality of life. Some people simply found the news confusing or needed more convincing. One patient was strongly opposed to spreading the U=U message and said; “Why is it being peddled as truth when it is not? Tell the truth no matter how small the risk is.”

Others, however, responded to it with joy and relief: “This U=U has brought back my happiness,” said one.

Fifteen doctors, six health advisors, five nurses, four psychologists and one patient rep answered the clinicians' survey. Eighty-seven per cent (i.e. all but four) of the staff said they had discussed U=U with patients. Only 35% felt that all or most of their patients knew about U=U, compared with 68% of patients actually knowing about it.

In general, though, it was interesting how congruent the responses from the 31 healthcare workers were with patients’ responses. The clinicians estimated that 77% of their patients had a positive response to U=U and 14% a negative one, which almost exactly matches the patient figures of 79% positive and 14% negative.

Teasing these reactions apart a bit more, the clinicians reported 70% of their patients reacting with relief, 37% with confusion, 33% with disbelief, and 3% with anger – this 3% representing the one person quoted above. The clinicians tended to overestimate the impact of U=U on disclosure and dating, and underestimated its impact on whether to take and adhere to treatment.

The BHIVA survey and statement

At the opening of the BHIVA conference two days earlier, Dr Nadi Gupta of Rotherham Hospital quoted one of her patients who was moved to tears when she heard about U=U. “The only thing that my friends need to think about whenever they go out is what outfit they are going to wear," the patient told her doctor. "All I ever think about is HIV. I haven’t been able to date anyone because of my HIV. Now I can continue my life and live without the fear of passing it on.”’

Gupta was reporting on the questionnaire BHIVA conducted in October last year about its members’ practice regarding telling their HIV-positive patients about U=U. The 270 responses were anonymous so we don't know the staff roles of the respondents, although the majority are likely to be doctors working in HIV services.

Although only three respondents had never heard of U=U, answers differed extensively among the other 267 with regard to when they told patients and what they said.

Among the others, although 69% of respondents said they discussed U=U when patients were diagnosed and 55% said “when they start treatment”, 48% said “when they become undetectable” and 38% said “when they are fully adherent”. Although these are not exclusive categories – so some clinicians could be discussing U=U on all four occasions – it does leave open the question of whether some clinicians only discuss it once they feel sure that patients are at no risk of transmitting HIV.

Some 12% said they had discussed U=U with patients of unknown HIV status, often to encourage testing.

BHIVA, in a statement published in November 2018 after the survey was done, says that U=U should be discussed “Proactively, with all people living with HIV at appropriate points during care including, but not limited to:- at diagnosis, when initiating treatment, to encourage adherence, when undetectable, and if planning to conceive.”

The survey also found that clinicians were using different terms to talk about the risk of transmission when people are undetectable.

The Prevention Access campaign that promotes the U=U message warns against the use of ambiguous terms such as “negligible”, as they are “often misconstrued as still a risk to take into consideration in sexual and reproductive health decisions.”

The BHIVA statement says: “We recommend consistent and unambiguous terminology when discussing U=U such as 'no risk' or 'zero risk' of sexual transmission of HIV, avoiding terms like 'negligible risk' and 'minimal risk'."

Eighty-five per cent said they still recommended that people disclose their HIV to sexual partners if they are undetectable, but many added comments such as “yes, but I no longer tell them they have to”, or “not always if they’re out having fun, but disclosure is important in a long-term relationship.”

While 71% told patients U=U did not apply to breastfeeding, 8% said it did and 21% were not sure: if clinicians are this uncertain, it is not surprising that patients are as well.

In both surveys, clinicians said they felt there should be more material to show patients, more messages about U=U displayed in clinics/in leaflets, and that ideally there should be another public health information campaign about it, similar to the Iceberg and Tombstone ads of 1987, but counteracting the fear of that campaign's message.

Sharing information on treatment as prevention (TasP) and U=U is important not only from an ethical standpoint; there is growing evidence that it’s good clinical and public health practice. In the second decade of TasP, we believe it’s essential to ensure that the science is disseminated to all who stand to benefit.
The New England Journal of Medicine (free registration required)
13 Dec 21
More editors' picks