Worse COVID-19 outcomes for people with HIV in New York

Since the beginning of the COVID-19 pandemic, studies in various countries have had different findings about COVID-19 risks in people with HIV. They generally don’t suggest that people with HIV are more likely to acquire COVID-19, but some have found that people with HIV are at greater risk of worse outcomes if they get ill with COVID-19. This increased risk is relatively small in comparison with the risks associated with older age or some other health conditions.

The latest study to report on this issue comes from New York state, covering almost 380,000 people who were diagnosed with COVID-19 between March and early June. Fewer than 1% also had HIV – people with HIV were not more likely to have COVID than HIV-negative people.

These are the kinds of data that are likely to have encouraged policymakers to include people with HIV in one of the priority groups for COVID-19 vaccination in the UK. Everyone who has HIV is in ‘group 6’ along with people with other long-term health conditions, meaning that they will be eligible for vaccination once people over the age of 65 have been vaccinated. 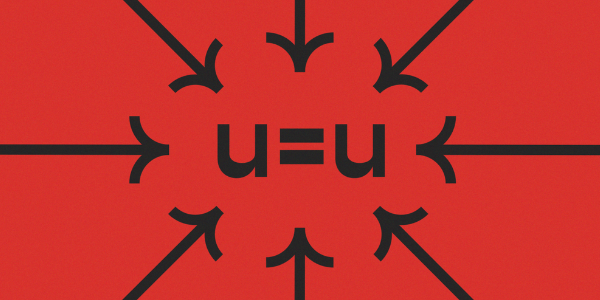 NAM aidsmap has teamed up with award-winning animation studio Animade to produce U=U for World AIDS Day 2020. The film fights stigma with knowledge by reinforcing the ‘Undetectable = Untransmittable’ consensus statement that people with HIV on effective treatment can’t pass on the virus.

Women living with HIV in Canada say they would like to be given clearer information about options for feeding babies.

Many of the participants in a recent study had migrated from countries in sub-Saharan Africa or the Caribbean, where the care of newborn babies is different. In those countries, the World Health Organization recommends breastfeeding for women living with HIV because of the lack of clean water and formula milk, which could lead to malnourishment and infection. In wealthy countries, formula feeding is a feasible option and does not carry the potential risk of HIV infection from mother to baby so is recommended instead.

The different advice in different countries needs to be explained, the mothers told researchers. Several had already had children in their home country, as one woman explained:

"You come here, you breastfed two kids back home, and here you are not going to breastfeed. We need to understand. We need to talk about it to accept it."

Some women felt that their ability to make informed decisions had been taken from them by having their baby in Canada. It was felt that healthcare providers were not making a recommendation but instead telling women what to do.

In particular, women wanted information about the risks of passing HIV on through breastfeeding when their viral load is undetectable.

Last week we broadcast the final episode of this year's aidsmapCHAT.

Psychosis in young people with HIV

Psychotic disorders are severe mental health illnesses that lead to a person losing some contact with reality. This affects their ability to function day-to-day. Symptoms are largely described as hallucinations and/or delusions. Hallucinations are when a person senses something that is not real. They might see, hear, taste or feel something that feels very real to them, but is not happening. Delusions happen when a person has strong beliefs that are not shared by other people. A common delusion is someone believing there’s a conspiracy to harm them.

A small UK study has found that cases of psychotic disorders are higher than expected among young people born with HIV. Of 184 young people over the age of 18 living with HIV, 12 (6.5%) had experienced an episode of psychosis. In the general population, rates are below 1% in the same age group.

This is the first study to look into this issue and the possible reasons are not well understood. However, growing up with HIV may expose a person to a number of biological and social factors known to increase the risk of developing psychosis. For example, HIV and opportunistic infections can affect the central nervous system. Many young people born with HIV in the UK have grown up in difficult social circumstances, including racism, poverty and the death of close family members.

The webinar will combine scientific research by, and for, trans people on HIV and PrEP, and the recommendations from PrEP in Europe's recent meeting for European trans advocates.

A plan to end new HIV cases in England

Senior government ministers have backed a plan developed by an independent group, the HIV Commission, to eliminate HIV transmission in England over the next decade. At a launch event, health secretary Matt Hancock committed to reducing new cases by 80% by 2025 and to less than 100 a year by 2030. Michael Gove said that Boris Johnson had asked him to work with Hancock to ensure that the necessary resources are available.

The HIV Commission was set up by Terrence Higgins Trust, National AIDS Trust and Elton John AIDS Foundation to create a plan for meeting the 2030 target. One of its key recommendations is for opt-out HIV testing to become routine in the NHS.

Researchers in Ireland and the UK have been studying the issue of pain in HIV-positive people. They found that chronic pain is relatively common in people with HIV, particularly in those aged over 50 years.

In this exclusive series of articles, David Alain Wohl, M.D., calls attention to ten developments that have tremendous short-term implications for our day-to-day efforts to improve HIV prevention, treatment, patient care, and policy in the US, and analyses each development with his trademark wit and clinical savvy.

Tortoise and the hare: Why a COVID vaccine is outrunning its HIV counterpart | Bhekisisa

Four COVID jabs’ efficacy results have been released within less than a year after the trials had started. But this is far from the norm. Researchers have been working on HIV vaccines for over three decades – and we still don’t have one. Here’s why.