The latest HIV statistics for England suggest continued progress. According to the available information for 2020, 95% of people living with HIV were diagnosed, 99% of diagnosed people were on treatment and 97% of those on treatment had an undetectable viral load. This makes England one of the first countries to surpass the global targets for each of these figures to be over 95%.

However, these figures are for 2020 – the first year of the COVID pandemic – when fewer people than usual attended HIV treatment services. With 11% fewer viral load test results recorded in 2020 than in 2019, there is a lot of missing data. And some of those who didn’t have their blood tested might have had other challenges with continuing with their medical care.

Indeed, the data show that while it was expected that 93,780 people with diagnosed HIV would attend HIV services (in person, on the phone or online), only 88,800 people did. Almost twice as many people in 2020 did not attend a clinic appointment all year as in 2019.

The limited access to some services affected rates of HIV testing. The number of tests taken by heterosexual men and women fell by 33%, and partly as a result, the number of new HIV diagnoses fell by 24%.

Among gay and bisexual men, testing only fell by 7%, while new diagnoses fell by 41%. It seems that this is a real fall in new infections, due to increased use of PrEP alongside testing, condoms and undetectable viral load. 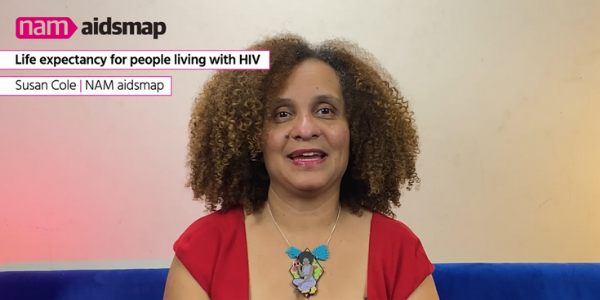 We have recently published new information videos on HIV transmission, window periods for HIV testing, feeding your baby, and life expectancy for people with HIV.

You can watch these on our social media pages.

Support for smokers living with HIV

Doctors need to do more for people living with HIV who smoke tobacco and are unable or unwilling to quit, a group of US doctors have recently argued.

In the US and Europe, tobacco use is now a leading killer of people with HIV. Giving up cigarettes significantly reduces the risk of developing smoking-related diseases and most health professionals focus on quitting as the goal.

However, quitting smoking is difficult and many attempts end in failure. The group of US doctors say that a more realistic and pragmatic approach is needed. They call this ‘harm reduction’: trying to limit negative consequences associated with smoking, even if the smoker is unable to quit.

They say doctors and nurses should:

COVID-19 vaccines for people with HIV 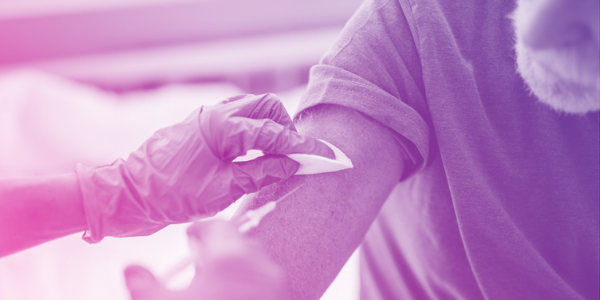 In our updated page, read about studies of the current COVID-19 vaccines in people living with HIV, third vaccine doses and booster doses.

Some recent research demonstrates that CRISPR-Cas9 gene editing technology can be used to remove the HIV genome from the DNA of infected cells.

CRISPR-Cas9 is a molecular tool adapted from a technique that bacteria use to remove viral genetic material that has been integrated into their own DNA. It essentially allows scientists to pick a sequence of known genetic material (for example part of the sequence of the HIV genome) and instruct an enzyme to go and cut this material out of a sequence of DNA.

The research is at an early phase. Two new studies show that, in the lab dish, it is possible to remove viral DNA from that of infected human cells. They demonstrate that through testing different targets for the Cas9 enzyme, they can improve its effectiveness, and have explored ways of delivering such a treatment to cells.

While this research is of interest to scientists working towards an HIV cure, many hurdles need to be overcome before human trials can start. These studies have taken place in controlled laboratory conditions with a small number of cells. For this treatment to be effective in humans it would have to reach and be effective in every cell that has integrated HIV DNA. Intensive monitoring would be needed to ensure that there are no harmful or even potentially fatal 'off-target' edits of the host cell’s own genetic material. 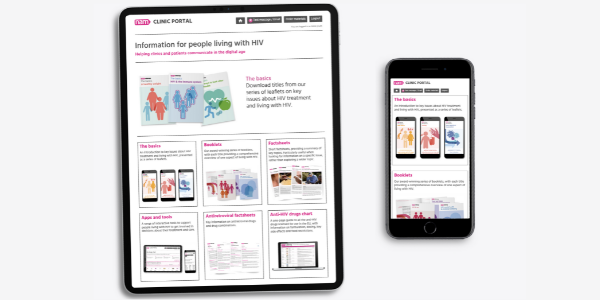 Over the last year, we've been updating our clinic portal, which is part of our patient information subscription scheme in the UK. The portal houses digital versions of all our booklets and the leaflets from The basics series, as well as factsheets, interactive tools and resources in other languages.

Staff and patients at UK-based HIV and GUM clinics that are members of our subscription scheme can access the portal. To find out if your clinic is registered or for information on joining the scheme, please email us at info@nam.org.uk.

Health issues for women as they get older

A group of researchers recently gathered evidence on some of the major health issues affecting people with HIV as they got older. They wanted to see if these affected women living with HIV differently from men living with HIV, or from HIV-negative women.

But they found major gaps in the available research. Many large studies of people living with HIV could not be included because only a small number of women were recruited or because there was no analysis on differences between genders. When making comparisons with HIV-negative women, the two groups were often poorly matched. The studies didn’t help identify whether increased rates of some health problems are due to biological causes, or if other factors such as socioeconomic status and ethnicity are also contributing.

Nonetheless, some findings did emerge. In relation to heart disease, bone disease and cognitive impairment, studies generally found that HIV-positive women were at greater risk than HIV-negative women. For kidney disease, there was a higher risk for women living with HIV than for men living with HIV.

Doctors keep telling me to chuck my longtime HIV regimen. I’m not – and here’s why | TheBody

It’s OK to question and even decline providers’ advice – as long as we do our homework and stay open-minded.

The stories of people of colour, women, and people who openly were sex workers were missing from the modern narrative of the HIV epidemic – partly because, those given the platforms to tell such stories are largely white, cis, gay men speaking from their own experience. So, Marc Thompson decided to do something about it.

Minister for Defence People and Veterans Leo Docherty said: "As a modern and inclusive employer, it is only right that we recognise and act on the latest scientific evidence. I’m delighted that an exciting and fulfilling career in the armed forces is now open to many more people."

Matthew Hodson, Executive Director of NAM aidsmap, shares insights into how the United Kingdom has managed to meet and surpass the 90-90-90 targets to address the AIDS epidemic, initially set by the Joint United Nations Programme on HIV/AIDS (UNAIDS) for 2020.