People who drop out of medical care

A theme running through the British HIV Association (BHIVA) conference in Manchester last week was loss to care: people with HIV who stop attending clinics and taking treatment. It seems that the disruption caused by the COVID-19 pandemic and lockdowns may have made this situation worse. More people may have lost contact with their HIV clinic, because of the extraordinary pressures that both patients and the NHS were under.

There can be serious medical consequences to stopping taking HIV treatment. The body’s defences against pathogens (germs) become weaker and weaker, which can eventually mean that an infection or illness that the body would normally fight off becomes life threatening. At the same time, the amount of HIV in the body increases, which raises the risk of passing the virus on during sex.

The UK Health Security Agency, the government body which collects data on HIV, presented a new estimate of how many people living with HIV in England have a detectable and transmissible HIV viral load. The usual figure quoted is 9%, but a worst-case scenario is that it might be as high as 20%.

If the 20% figure is correct, it includes several groups of people who are not getting all the medical care they need. Around 5% of people living with HIV do not know that they have it, because they have not tested recently. Over 7% seem to have dropped out of care: there is no record of an appointment or contact with their clinic in the previous two years.

And while another 5% seem to be taking HIV treatment and have been in contact with their clinic, they had not had a viral load test result recorded for at least two years. For this group, it’s hard to know whether there is any cause for concern – should the statisticians assume that they are all doing fine, or that treatment may have stopped working for some of them at least?

The size of the last two groups got bigger during the COVID pandemic.

Doctors in south London described their efforts to bring people who have stopped attending back into care. Most HIV clinics don’t have the staff and resources to find patients who have dropped out, but these clinics got extra funding to do so. Administrators and nurses were given the time to try to make contact and to build relationships with those they reached.

While many patients were worried that hospital staff would be angry with them for having dropped out of care, the staff tried to make the HIV clinics as welcoming as possible. Patients were not blamed for having missed appointments and staff had an understanding of the difficult circumstances that led people to drop out of care.

People who had stopped attending and then came back to care were often living difficult lives. Many were socially isolated, were under pressure to keep their HIV secret and were dealing with feelings of depression or anxiety. Several people didn’t have enough money to make ends meet and were juggling work, childcare and other responsibilities.

Clinicians at the conference emphasised the importance of HIV clinics helping patients get support with these kinds of issues, so as to help them reconnect with and stick with HIV care.

We've updated our About HIV pages on pain and peripheral neuropathy.

Pain is very common in people living with HIV, especially older people. Pain can be caused by biological factors – such as peripheral neuropathy – and psychological or social factors.

Peripheral neuropathy means damage to the nerves in the hands or feet. Read about the symptoms, causes, diagnosis, treatment and management of the condition in our updated page.

What are people dying of?

Most people live well with HIV; but researchers continue to pay attention to people who do not do so well, including those who sadly die. Only one in seven deaths are directly related to HIV, but studies show us where more effort needs to be made and who is being left behind.

The information presented at the BHIVA conference on who is dying came from the UK Health Security Agency. Two-thirds of the country’s HIV clinics submitted case reports of deaths among their patients occurring in 2020, the first year of the COVID pandemic.

There were 621 deaths of people with HIV, and almost a quarter of these (123) were due to COVID.

Other than COVID, the most important causes were cancers (126 deaths), AIDS-defining conditions (75) and heart disease (67), followed by alcohol and drug use (36). Smaller numbers of deaths were caused by other infections, respiratory disease, suicide, liver disease and accidents.

Most of those who died had been diagnosed for over a decade and were taking HIV treatment. But 9% died within a year of finding out they had HIV. Most of this group were diagnosed late and had health problems due to having had untreated HIV for so long. 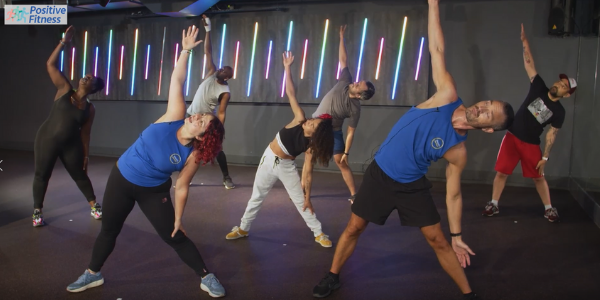 We are excited to announce that Positive Fitness, an online exercise class for people living with HIV, will be out soon.

Exercise has many benefits and can improve both physical and mental health.

Positive Fitness will be available to watch on aidsmap.com and YouTube.

HIV cure trials often involve an ‘analytical treatment interruption,’ which requires people with HIV who participate in them to stop taking their antiretroviral therapy in order for scientists to observe how uncontrolled HIV responds to the medicines being evaluated.

However, a new analysis indicates that many of these HIV cure trials haven’t included enough participants to detect when treatments provide moderate benefits. As a result, researchers may be missing opportunities to study and improve upon drug combinations that could eventually lead to a cure. The analysis raises questions for people with HIV who are considering taking part in a study involving an analytical treatment interruption. 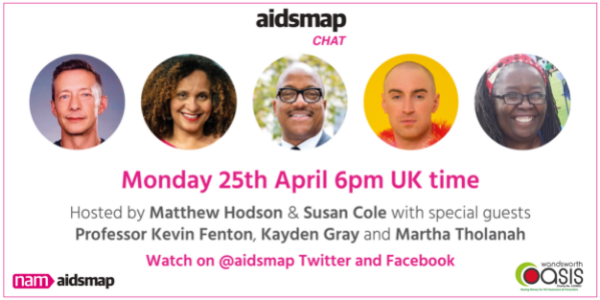 ‘The devil you know’: Many people over 50 are taking outdated ART, despite side effects | TheBodyPro

Older people living with HIV may be hesitant to switch to newer antiretroviral medications. Clinicians can help ease their patients’ fears by approaching them with compassion, building trust, and assuring good care.

Buckle up! The ‘Staley vs Gilead’ lawsuit could cost big pharma billions | My Fabulous Disease

The latest twist in the Staley vs Gilead lawsuit could signal very bad things for Gilead Sciences and Janssen Pharmaceuticals. The case is a thrilling example of what happens when HIV activism takes its ferocious ingenuity from the streets to the courtroom. The ramifications could even extend beyond HIV and apply to people taking high-priced medications for other illnesses.

Volunteers from 100% Life, a large nonprofit group that serves Ukrainians living with HIV, have lost their lives delivering lifesaving medicines, heating devices and food to the besieged residents of Chernihiv, in the north-east.

University of Oxford researchers assessed evidence from 34 studies, involving over 57,000 pregnant women with HIV, and found that protease inhibitor-based antiretroviral therapies significantly increased the risk of babies being small or very small for their gestational age, but there were no other adverse pregnancy outcomes, compared to therapies without protease inhibitors. 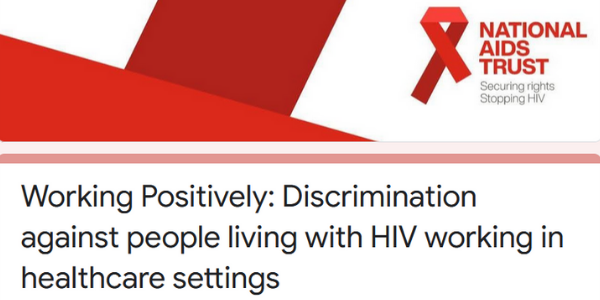 The National AIDS Trust (NAT) is working as a partner on a project with the European HIV Legal Forum (EHLF) on workplace discrimination against people living with HIV who work in healthcare settings.

NAT and EHLF would like people to share their experiences of workplace discrimination in a short survey. The information collected will help to support advocacy efforts and reform discriminatory legislation and policies.