Early on in the COVID-19 pandemic, Spanish scientists caused controversy when they suggested that one specific anti-HIV medication may provide some protection against COVID. They were reporting on some early data which found that people whose HIV treatment included tenofovir disoproxil fumarate had lower rates of infection and severe disease than other people living with HIV.

Tenofovir disoproxil fumarate (often known as TDF) is included in a large number of HIV treatments. It’s also part of the most widely used PrEP combination.

Now, and not for the first time, another group of researchers have found similar results in another cohort of people living with HIV. The researchers looked at over 20,000 former US military personnel living with HIV, with data from February 2020 to October 2021.

There were 5% of study participants whose HIV treatment included TDF. In most respects, these people were very similar to other people taking part in the study. However, they did have lower rates of chronic kidney disease than other people. This is not surprising – TDF sometimes contributes to kidney problems, so doctors usually avoid prescribing it to people with kidney disease. We also need to bear in mind that kidney disease makes COVID outcomes worse, so it’s possible that the lower rates of kidney disease in people taking TDF are part of the reason for the differences seen in COVID outcomes.

However, in their statistical analysis, the researchers did try to adjust for the lower rates of kidney disease and other known factors that might influence the result. They still found that men who were on TDF had a 35% lower risk of COVID infection with symptoms and a 57% lower risk of going to hospital to treat COVID.

The results raise lots of interesting questions for scientists, but we need to remember that COVID vaccines are more effective than this. 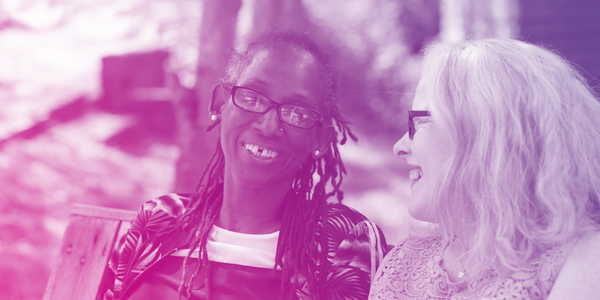 Being diagnosed and living with HIV might have a big emotional impact on you. It's important to know that it's completely normal to have feelings that you might find difficult.

There are lots of things you can do to help look after your mental health. Matthew Hodson, Susan Cole and Mercy Shibemba share some of them in our short video.

When hepatitis C clears up on its own, without treatment, this is called spontaneous clearance. But it only happens to a few gay and bisexual men living with HIV, a large European study has found.

The rate of spontaneous clearance was much lower than in people who don’t have HIV – some previous studies have found that up to half of HIV-negative people can get rid of the virus on their own, without treatment. However, in the new study, fewer than one in eight men living with HIV spontaneously cleared a recent infection with hepatitis C.

When hepatitis C cleared up on its own, levels of the virus started to fall rapidly in the first few weeks after infection and it was usually completely gone after three or four months.

So the researchers say that if hepatitis C virus levels don’t decline within a month of diagnosis in gay or bisexual men with ongoing risk behaviour, treatment should be offered. As well as having a health benefit for the individual, this will also help prevent hepatitis C from being passed on to other people through sex.

The vaccine only provides protection for about a year, so it’s important you are revaccinated each year. The best time to have the vaccine is in the autumn, between September and early November.

Rates of lung cancer are still much higher in people living with HIV than in the general population, according to a recent US study. This is probably due to both high rates of smoking and damage to the immune system caused by HIV.

Cancer experts in the UK say the findings should prompt the NHS to offer lung cancer screening to people living with HIV at a younger age.

The large US study found that while lung cancer diagnoses have been going down – especially in younger people – lung cancer remains the second most common cancer in people with HIV.

In people with HIV in their 40s, lung cancer rates were twice as high as in the general population, 61% higher among people in their 50s and 31% higher among those in their 60s. There was no significant difference in rates among the over-70s.

While some countries, including the US, already offer lung cancer screening (with a CT scan) to smokers and ex-smokers aged 50 to 80, this hasn’t been widely available in the UK. That is likely to change soon, but there are calls for HIV status to be taken into account when the NHS starts offering more lung cancer screening.

The University of Oxford is running a trial to find out if a treatment for monkeypox (tecovirimat, also known as TPOXX) will help people who are recovering from the virus at home.

People living in the UK with confirmed monkeypox who have spots that haven’t yet scabbed over and who do not need admission to hospital can join the trial. People living with HIV can also join the trial, but there are some medications that might interact with tecovirimat. The researchers will check with you to see if you are on any of these before you can be involved.

Some of the poorest countries in the Commonwealth may be left unable to deploy cutting-edge UK innovations against three of the world’s deadliest diseases if Britain fails to give generously to a key international fund, the UK government has been warned.

How a select few people have been cured of HIV | PBS

Scientists have cured a handful of people of HIV by piggybacking on treatments they received for blood cancer. But does that bring a widespread cure any closer?

UK looks to be winning the fight against monkeypox | BBC News

The UK's monkeypox situation is looking "very positive" with cases continuing to fall, says one of Britain's leading infectious disease modellers. Professor Neil Ferguson believes vaccines and vigilance have helped drive cases down from a peak in July this year.