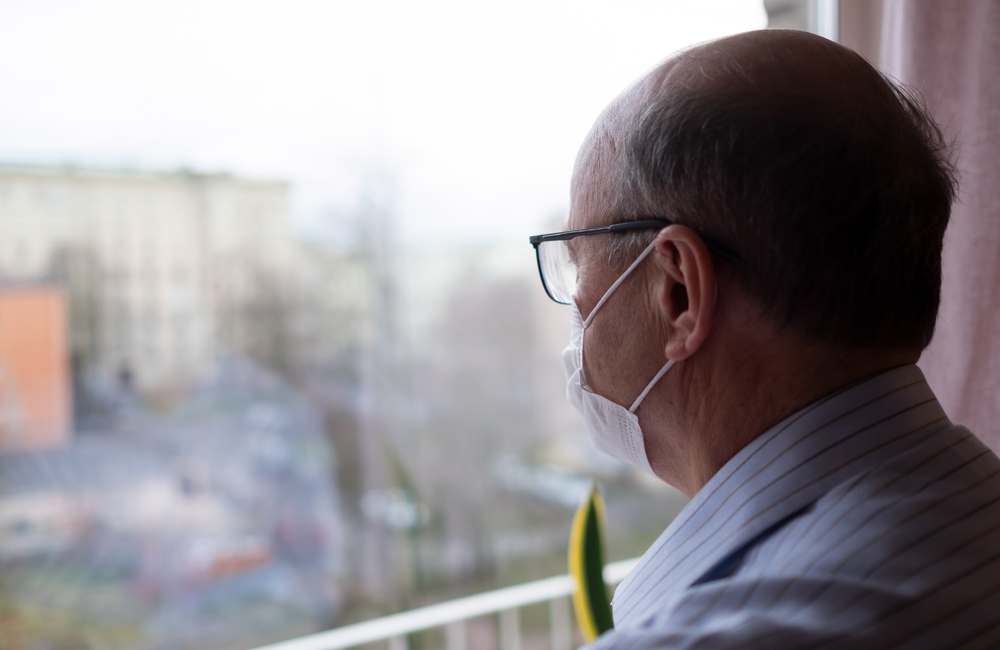 A study in over 20,000 men living with HIV in the United States has found the strongest evidence yet that tenofovir disoproxil fumarate (TDF – the older formulation of tenofovir, which in the US has been largely replaced by the newer tenofovir alafenamide or TAF) may help to protect against symptomatic COVID infection, hospitalisation and admission to intensive care.

The study, by Guilin Li of Harvard Medical School, in collaboration with the in the Veterans Administration (VA) and with other US universities, compared COVID-related outcomes in former military personnel taking antiretroviral therapy (ART) containing either TDF, TAF, the other widely-used nucleoside reverse transcriptase inhibitor (NRTI) drug abacavir, or none of these. It found that compared with the other two NRTIs, the risk of symptomatic COVID in men taking TDF was reduced by 35%, the risk of hospitalisation by 57%, and the risk of ICU admission by 43% - though the latter result was not statistically significant, as there was only one man who took TDF and was admitted to ICU.

Several previous studies have found tentative evidence that TDF might be active against COVID. In June 2020, a Spanish study found that the rates of COVID infection and hospitalisation in people taking TDF were roughly half of those in people taking other NRTIs.

The strength of the evidence of TDF’s effect from these studies was comparatively modest because they only looked at cases in the first few months of the COVID epidemic and because the numbers involved in both the Spanish studies were quite small. In the case of the South African study, though numbers were large, death rates were comparatively small due to the population being younger.

Not all studies have found an association between TDF and lower COVID risk. It is possible that the lower incidence and severity of symptomatic COVID in people taking TDF may be because people with kidney problems (a risk factor for COVID) are less likely to be prescribed TDF. But this study's findings strengthen the case for a sizeable randomised controlled trial of TDF to see if its apparent protective effect is real.

The Veterans Administration healthcare system is only open to current or former members of the armed forces and is the only healthcare system in the US that resembles the free-at-point-of-care, universal health services in some other high-income countries. The current study has the advantage of both being large, with 20,494 men included in the final analysis, and including data from a longer time period (February 2020 to October 2021). The men formed part of an existing study cohort, the Veterans Aging Cohort Study.

The total number of people with HIV in the cohort was 31,516 at its start in February 2020. Notable exclusions from the study at baseline were people not on ART or who had had a viral load over 200 in the previous year, and people who had ever had a CD4 count below 50.

Women were also excluded. There were in fact 1136 women with HIV in the Veterans Aging Cohort (3.6%), but this number was too small to produce results likely to be statistically significant when comparing ART regimens. However a sensitivity analysis was performed to see if including women made a difference to the findings, and it did not.

Among the men included, 12,707 were taking TAF (62%), 3805 (19%) abacavir, 933 (5%) TDF and 3049 (15%) other regimens, including NRTI-sparing ones. All the men taking the three NRTIs were also taking emtricitabine (FTC) or lamivudine (3TC) but it is thought unlikely that they would affect outcomes. The small proportion taking TDF shows how TAF has largely supplanted the older tenofovir formulation in the US, unlike in Europe.

Groups taking the different drugs were broadly similar in terms of age, ethnicity, whether they smoked, CD4 count, weight and blood pressure. This similarity implies that these factors were unlikely to have influenced COVID outcomes. The average age was 59, so this was an ageing group. A high proportion (47%) were Black.

They were also similar in terms of their general health. The VA administration documented 22 co-morbidities ranging from cardiovascular disease, lung disease and cancer through to drug and alcohol dependence, smoking and dementia, and the proportion of men with these conditions were statistically the same between all regimens, with two exceptions.

One exception was diabetes, which was present in 11-12% of participants except for those taking TDF, where its prevalence was 8%.

This makes sense: TDF’s best-known side effect is that it is associated with impaired kidney function, so doctors are more likely to avoid using TDF if there are any signs of kidney problems in patients and either to use TAF or avoid tenofovir altogether. (Osteoporosis, the other chronic side effect associated with TDF, was also less common in men on TDF (1.1%) than in those on TAF (2.5%) or abacavir (3.0%), though the numbers are too small to be statistically significant.)

This could introduce what’s called a channelling bias into the findings. As men on TDF are less likely to have chronic kidney disease and CKD is associated with worse outcomes on COVID, it could explain part of the difference seen.

Chronic kidney disease, with an eGFR under 60, raises the risk for hospitalisation for COVID by at least 25%. And having severe COVID is associated with subsequent kidney injury – studies indicate more than 30% of patients hospitalised with COVID develop it. So already having CKD could make it more likely you could develop severe COVID, and CKD caused by COVID could exacerbate existing symptoms. Both possibilities would be more common in men with pre-existing CKD - who are more likely to be on TAF or abacavir.

However other factors that are associated both with worse COVID outcomes and with CKD, such as high blood pressure, were not more common in men on TDF. And while CKD might affect outcomes in people ill enough to be hospitalised, it is less easy to explain the lower rate of COVID infection in men on TDF.

The rates of COVID outcomes were expressed as differences in the risk of acquiring symptomatic COVID infection, being hospitalised for it, and being admitted to ICU. These figures were adjusted for multiple demographic, behavioural and clinical factors, including chronic kidney disease and diabetes.

When it comes to ICU admissions, the rates were too low to be statistically significant, but nonetheless they were 43% lower in men on TDF (0.3%) than in men on TAF or abacavir (0.5%) and 60% lower than in men on other regimens (0.7%).

As for deaths, there was only one COVID-related death in the 933 men taking TDF, making statistical comparison impossible. In men on TAF, there were 12 deaths in 12,707 men, a rate of one death per 1059 people, so we can say that the death rate was at least no higher in men taking TDF. There were also 12 deaths in men on abacavir, a rate of one death per 317 patients, so that does seem higher. Mortality from all causes during the study period was no greater in men on one drug regimen than on any other.

The researchers note that there may be other 'confounders' – factors that might influence the result – that they haven't accounted for, but their list of HIV factors and co-morbidities was quite comprehensive. They say: “The rich information in the Veterans Administration electronic health records allowed us to adjust for co-morbidities that are less frequent among TDF/FTC users, and which may be related to COVID-19 diagnosis. Adjustment had little impact on the estimates.”

One question unanswered by the study is this: assuming the effects of TDF are real, does it have a preventative or curative effect? In other words, do you have to take it for a while beforehand to reduce the risk of COVID infection and of severe illness and if so for how long – or could you put someone, regardless of HIV status, on TDF who tested positive for COVID, or had been a contact of someone who did, and would it have an immediate effect?

Another is whether the apparent benefits of TDF also apply to women and to younger people.

Finally, if TDF’s effects are real, how does it work? It has been known since early on in the COVID epidemic that antiviral drugs including the HIV NRTIs could in theory also have some activity against the SARS-COV-2 virus that causes COVID. The difference between TDF and TAF is that the latter is more quickly metabolised into the phosphate of tenofovir that can be absorbed by cells, while TDF is more slowly metabolised and so stays in the blood at higher levels for longer. While these high blood plasma levels raise the risk of kidney damage – because tenofovir is largely processed and excreted via the kidneys rather than the liver – they might be the level needed to start producing significant anti-COVID effects.

We won’t know until there is a proper randomised controlled trial (RCT) comparing the effect of TDF versus other drugs or none on COVID outcomes. There has been one RCT among Spanish health workers, but it was inconclusive. Li and colleagues suggest that the cumulative evidence in favour of TDF as a COVID drug is now strong enough to justify a larger RCT.