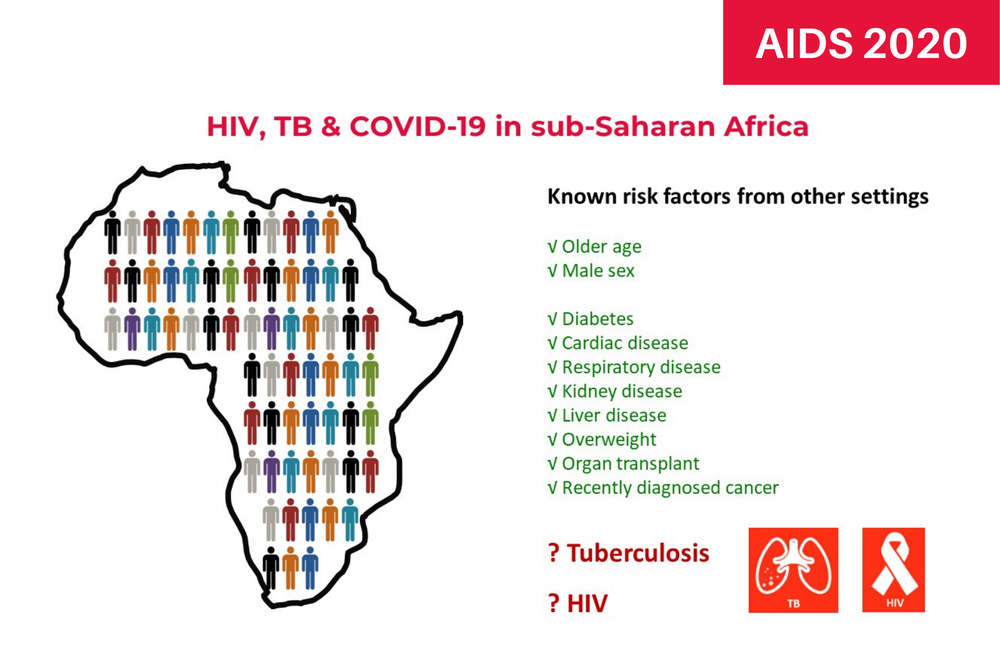 However, the increase in risk is modest and although HIV prevalence in South Africa is high, the relative youth of the population living with HIV means that the absolute number of deaths due to HIV remains small.

The analysis looked at approximately 3.5 million adults receiving public sector health care in the Western Cape province, both in the community and in hospital. Most other studies on COVID-19 in people with HIV have only included hospitalised patients. The analysis investigated risk factors for death in people with a positive SARS-CoV-2 test, providing updated data and more detailed analyses than a previous presentation of the findings. The study methodology was described in our report on that presentation.

People who died were substantially older than other people with diagnosed COVID-19 or than people in the wider population (63 years vs 37 and 38 years respectively). People who died also had a higher prevalence of diabetes, hypertension, chronic kidney disease, chronic obstructive pulmonary disease, and previous or current TB.

The strongest risk factors for COVID-19 death in the Western Cape population were older age and diabetes. Tuberculosis and HIV were also risk factors, but to a lesser extent.

HIV infection doubled the risk of death (aHR 2.14 [1.70-2.70]). After taking into account the expected number of COVID-19 deaths based on the age and sex profile of the HIV-positive population, investigators calculated that the standardised mortality ratio (the increase in deaths) for people with HIV was 2.39 (95% CI 1.96-2.86). Approximately 8% of COVID-19 deaths could be attributed to HIV, they calculated.

The presence of tenofovir (TDF) in the antiretroviral regimen was associated with a reduced risk of COVID-19 death (aHR 0.42 [0.22-0.78]) after controlling for kidney disease and viral suppression but Davies cautioned that this finding is hard to interpret.

Davies stressed that the increased risk of COVID-19 death in people with HIV is modest and may be an over-estimate if residual confounding factors (such as socioeconomic status and co-morbidities) have been missed.