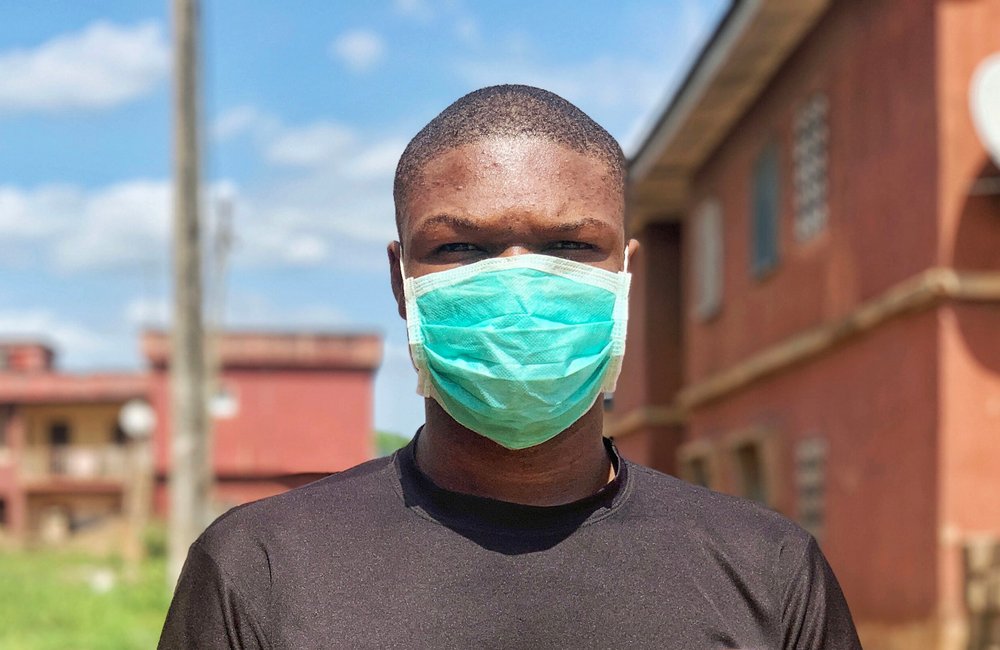 Image: Kadiri Endurance/Shutterstock.com. Image is for illustrative purposes only.

People with HIV in South Africa’s Western Cape province are about two-and-a-half times more likely to die of COVID-19 than others, an analysis of people receiving public sector health care has shown.

The analysis is the first report on COVID-19 risk in people living with HIV in sub-Saharan Africa.

Western Cape province, which includes Cape Town, has been more severely affected by COVID-19 than any other province in South Africa. Data compiled by MediaHack from health department releases shows that up to 9 June 2020, the province has the highest death rate per 100,000 inhabitants in South Africa (13 per 100,000), far in excess of Gauteng, KwaZulu-Natal or Eastern Cape. The province’s HIV prevalence (13%) is lower than other South African provinces, but very high by international standards.

Dr Mary-Ann Davies of Western Cape Department of Health presented preliminary analysis of risk factors for COVID-19 deaths in the province during a webinar on COVID-19, HIV and tuberculosis (TB) hosted by Bhekisisa.org and the Aurum Institute.

Western Cape Department of Health epidemiologists compiled data on COVID-19 from all public sector health facilities. The researchers were able to look at the impact of COVID-19 on people living with HIV because everyone using public sector health facilities in the province has a unique identifier code that enables epidemiologists to bring together data from numerous sources including HIV clinics, the provincial death registry, hospitals and laboratories. This allowed the epidemiologists to identify underlying conditions such as diabetes and hypertension and assess the independent risks posed by HIV or TB for severe COVID-19 outcomes.

The data collection system does not gather information on socio-economic status, obesity or smoking, which may also be important risk factors.

The analysis looked at 3.5 million adults receiving public sector health care in the province. A total of 12,987 COVID-19 cases have been diagnosed in the public sector, including 435 people who have died.

After controlling for other factors that could affect the results, the researchers found that men were 40% more likely to die of COVID-19 than women (hazard ratio 1.40, 95% CI 1.17-1.70) and that the risk of death increased in each age band over the age of 40.

People with HIV were also at higher risk of dying from COVID-19 (HR 2.75, 95% CI 2.09-3.61) than HIV-negative people, although Dr Davies emphasised the increased risk for people with TB or HIV was much less than for diabetes. Viral suppression made no difference to the risk of death.

"We’re quite reassured that this number is not enormous, but people with HIV need to be on the list of risk groups.”

When the researchers calculated how many deaths would be expected in people with HIV given the age and sex composition of the population living with HIV and compared this figure to the actual number of deaths (the standardised mortality ratio), they found that people with HIV were 2.3 times more likely to have died of COVID-19 (SMR 2.33, 95% CI 1.83-2.91).

“Almost all the people with HIV who died had other comorbidities apart from HIV. About half of them were diabetic, about half were hypertensive. The people who are dying with COVID and HIV are not people who have advanced HIV, they’re actually people who have done well enough on their HIV treatment to live long enough to develop these comorbidities,” she said.

“We’re quite reassured that this number is not enormous, but people with HIV need to be on the list of risk groups.”

Davies estimated that around half the deaths from COVID-19 in Western Cape public sector patients are chiefly attributable to diabetes, 19% to hypertension, 12% to HIV, 9% to chronic kidney disease and 2% to current TB. Using the standardised mortality ratio, she said that the proportion of COVID-19 deaths due to HIV in the public and health private sectors may be lower, at around 8%. 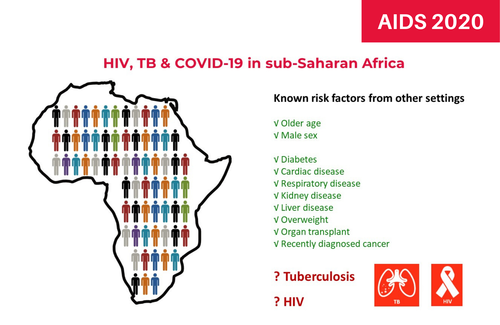 Find out more: HIV raises the risk of death from COVID-19 in South Africa’s Western Cape

He said that the national laboratory service reported a 10% drop in viral load tests in the public sector and a big fall in TB testing, indicating that people are not attending clinics. People have been afraid to pick up prescriptions, he said, partly because of fear of coronavirus but also because of fear of being arrested during the early stages of lockdown and fear of compulsory quarantine or incarceration if they test positive for coronavirus.

As a result of interruption of care and lack of testing, he expects “a wave of sickness and death in the next six months which is going to be as much of a problem for the health system as coronavirus.”