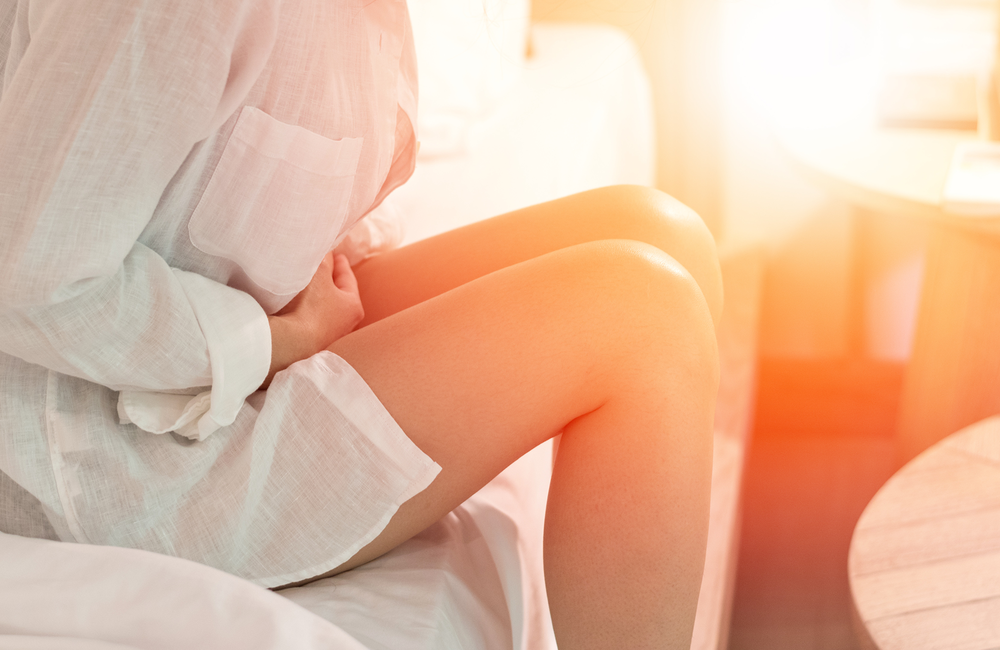 Can HIV affect the menstrual cycle?

Many women experience irregularities in their menstrual cycles at various times. These include irregular periods, changes in menstrual flow and worsening of premenstrual symptoms, and may sometimes indicate an underlying health problem. Most menstrual changes reported by women living with HIV don’t appear to have a direct link with the virus.

The latest news and research on reproductive health

The exact reasons for this continue to be debated. It remains unclear if amenorrhea is a complication of HIV infection itself or due to other risk factors that were more common among women with HIV at the time the data were collected, such as low body weight, immune suppression, or a combination of factors. Further research among women on more modern antiretrovirals (ARVs) may help to answer these questions.

Amenorrhea may be associated with infertility, raised cardiovascular risk and poor bone health. Women living with HIV should always consult their doctor if they experience unexpected menstrual changes. There might not be anything wrong, but it's a good idea to get checked out to see what the cause might be. More detailed advice is available on the NHS website.

Is a missed period a symptom of HIV?

A single missed period is not a sign of HIV. The symptoms of recent HIV infection are the same in men and women, with the most common being fever, swollen glands, muscle aches and tiredness. A more detailed list of the symptoms associated with HIV seroconversion can be found on another page.

There are many reasons why a woman may miss her usual monthly period, including pregnancy, stress, sudden weight loss, being overweight or obese and extreme exercising. Any effect HIV has on menstruation is likely to relate to long-term, chronic infection.

Can HIV be transmitted via contact with menstrual blood?

Menstrual blood touching intact skin poses no HIV transmission risk. If it comes into contact with broken skin or is swallowed, then HIV transmission is possible but still unlikely. Due to the effectiveness of HIV treatment, the menstrual blood of someone living with HIV who is adherent to their antiretroviral medication could well have no detectable virus (Undetectable = Untransmittable). The small number of case reports documenting HIV transmission via exposure to blood involved a significant amount of blood from the HIV-positive person, as well as open wounds in the other person’s skin.

Does menstruation raise the risk of HIV transmission to sexual partners in other ways?

If a person living with HIV is not taking antiretroviral treatment, levels of HIV in their vaginal fluid are likely to be higher during menstruation. Several studies have shown that viral load in the female genital tract can vary during the menstrual cycle, including a 2004 study which found that viral load levels in cervico-vaginal fluid tended to peak at the time of menstruation and fall to the lowest level just prior to ovulation, usually midway through the cycle. This would raise the risk of HIV transmission if preventative methods (such as condoms or pre-exposure prophylaxis – PrEP) weren’t being used.

However, due to the effectiveness of HIV treatment, the bodily fluids of someone living with HIV are likely to have no detectable virus (Undetectable = Untransmittable). Levels of HIV in blood and cervico-vaginal fluid are usually correlated, although viral load in vaginal secretions may fall more slowly than in blood so may not be undetectable for a few months after viral load has become undetectable in blood.

If unsure, condoms, dental dams and PrEP are all options that reduce the risk of HIV infection during sex with a person living with HIV who is menstruating.

Are women at greater risk of HIV during menstruation?

The menstrual bleeding during a period itself does not increase the risk of acquiring HIV. However, hormonal changes during menstrual cycles are believed to place women at greater risk than at other times. The biology of the vagina and cervix mean that women, especially adolescents and older women, are in general more vulnerable to HIV and sexually transmitted infections (STIs) than men.

A 2015 study in monkeys concluded that immune protection is at its lowest mid-cycle, providing a “window of opportunity” for infections to enter. In addition, researchers following a group of 37 HIV-negative female sex workers in Nairobi, Kenya found an association between the first stage of the menstrual cycle and factors that could mean increased susceptibility to HIV infection. The authors concluded that a better understanding of the natural hormonal cycle on the vaginal immune environment is required to identify exactly how it influences HIV sexual transmission in women.

Since more research is needed to establish clarity on when women are most at risk, women should always consider using barrier methods such as male and female condoms to provide the best protection from STIs including HIV, regardless of the stage of their menstrual cycle.

Can women living with HIV use hormonal contraception to suppress menstruation?

Women living with HIV can use hormonal contraception to regulate or suppress their periods, whether or not they are seeking to prevent pregnancy.  However, it is important to take HIV treatment into account when choosing such options, as there are possible interactions between anti-HIV drugs and hormonal contraceptives that mean the contraception may not work.

The methods that may suppress periods are:

The ARVs that have the potential to affect the effectiveness of hormonal contraceptives include some protease inhibitors, the NNRTIs efavirenz and nevirapine, and cobicistat-boosted elvitegravir.

When selecting contraceptive methods, women living with HIV should always speak to a doctor or pharmacist to ensure compatibility with their antiretroviral therapy regimen. This is also important for emergency contraception (the ‘morning-after pill’).

Observational research studies in the past had suggested a possible increased risk of HIV for women using progestogen-only injectable contraception, such as DMPA intra-muscular injection, also known as Depo-Provera. A recent large study with a more reliable methodology, conducted in four African countries, however found no significant difference in risk of HIV infection among women using hormonal or non-hormonal long-acting reversible contraceptive methods (implants, injections or IUDs).

Benki S et al. Cyclic shedding of HIV-1 RNA in cervical secretions during the menstrual cycle. The Journal of Infectious Diseases, 189: 2192-2201, 2004. You can read more about this study in our news report.

Evidence for Contraceptive Options and HIV Outcomes (ECHO) Trial Consortium. HIV incidence among women using intramuscular depot medroxyprogesterone acetate, a copper intrauterine device, or a levonorgestrel implant for contraception: a randomised, multicentre, open-label trial. The Lancet, online ahead of print, 2019. You can read more about this study in our news report.

Thanks to Dr Melanie Murray and Dr Nneka Nwokolo for their advice.

Contraception: information for people with HIV

Women with HIV have increased risk of missed menstrual periods