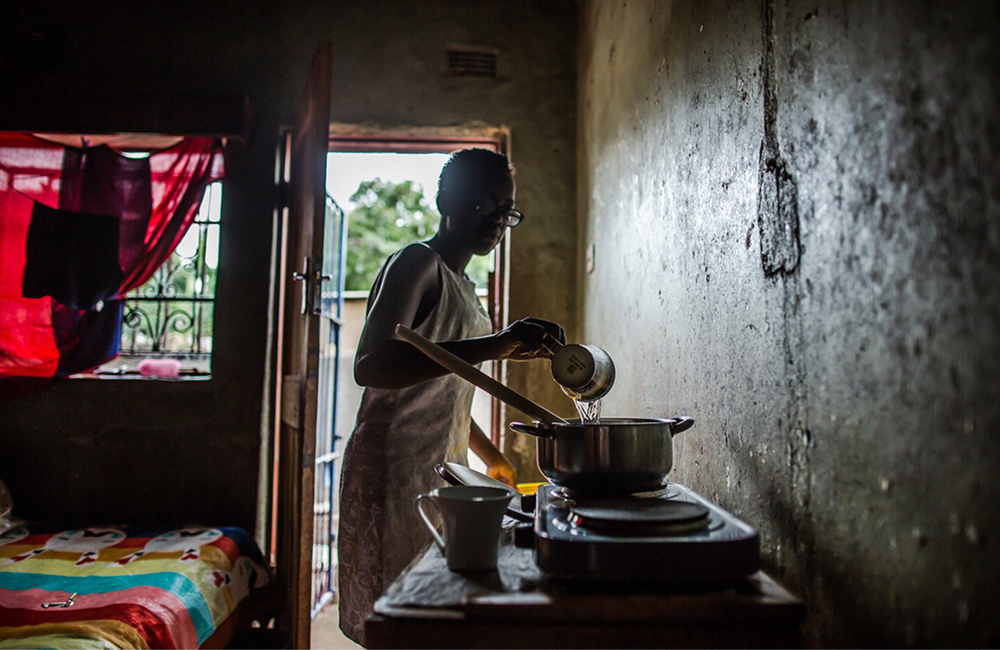 Data from over 112,000 adults in six African countries shows that living in food-insecure households doubled women’s risk of acquiring HIV. In contrast, no significant risk was noted in men. Food insecure women also reported higher rates of transactional sex, early sexual debut (occurring before 15 years), forced sex, and sex with much older men. The women compounded their risk by not using condoms with partners of unknown or positive HIV status.

This study by Dr Andrea Low of Columbia University and colleagues recently published in BMJ Open also found that receipt of food support protected women against HIV acquisition by 64%.

As countries pursue the new UNAIDS 95-95-95 goals, weather extremes disrupting food production and supplies could jeopardise epidemic control. In sub-Saharan Africa, which relies heavily on subsistence agriculture for food and income, flooding and drought have become more frequent and severe, leading to intensified food insecurity. These changes have been found to disrupt treatment and increase HIV risk behaviours. The researchers, therefore, analysed a series of national household-based surveys to assess the relationship between food insecurity and HIV acquisition in the region.

The surveys were conducted in 2016 to 2017 in six countries in a range of climatic situations. Data were collected in Zambia during the harvest of 2016, after the hunger gap, but during a meagre harvest and inflated market prices. In Eswatini and Lesotho, the survey occurred during the most extreme food insecure periods of 2016-2017, while in Namibia, it followed the harvests of a favourable season, allowing recovery from the preceding drought. In Tanzania and Uganda, the surveys were conducted in the drier-than-average season of 2016-2017.

Women with severe food insecurity were more likely to report:

Of the 14 208 HIV-positive participants, 200 (2%) had recently acquired HIV, of whom 140 were women and 60 were men. There were 27 recent cases in women with severe food insecurity and 13 recent cases in men with severe food insecurity. Severe food insecurity was associated with a twofold increase in the risk of recent infection in women (aRR 2.08; 95% Cl: 1.09- 3.97). There was no significant association found in men. Receipt of food support was associated with a much lower risk of recent HIV in women (aRR 0.36; 95% CI: 0.14-0.88), whereas other types of financial or material support were not, and neither was protective in men.

These findings reveal that food insecure women are more at risk of severe hunger and suffer more consequences due to limited coping strategies. The researchers suggest that women, particularly those heading their households, need to be specifically targeted with food assistance. Programmes also need to support unmarried women's economic empowerment so they don’t need to turn to high-risk sexual activity in times of greatest need.

In light of evidence suggesting that the age at HIV acquisition is shifting upwards, the researchers recommend re-evaluating programmatic age targets to support women throughout their lifespans. They also recommend addressing the root causes of climate change by encouraging renewable energy resources in sub-Saharan Africa and investing in drought resilient crops.