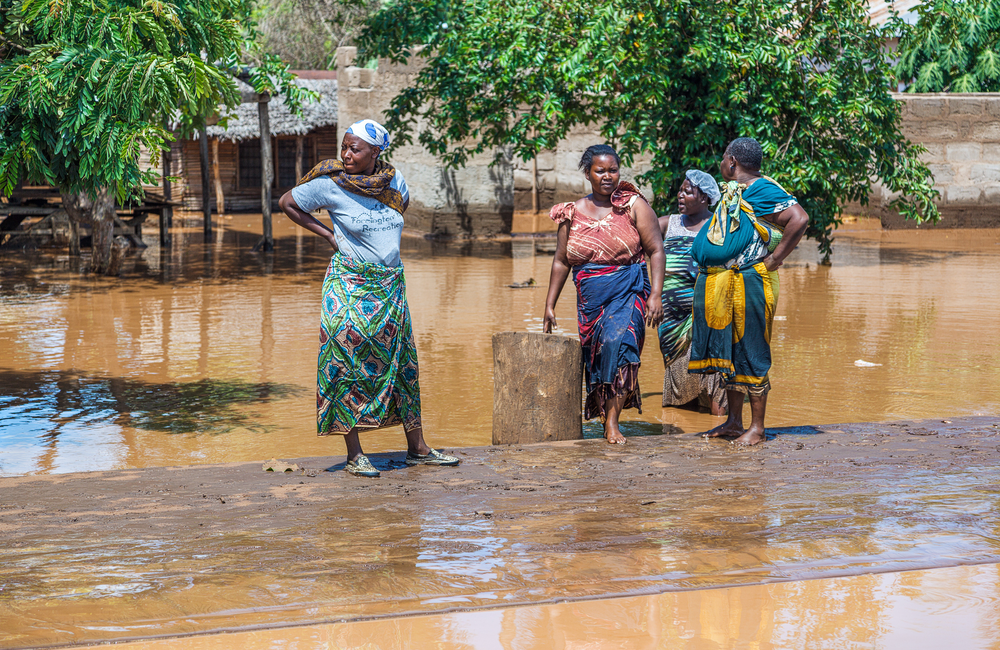 Vadim Petrakov/Shutterstock.com. Image is for illustrative purposes only.

Increasing levels of heavy rainfall and flooding may be indicators of a higher burden of HIV, according to research published this September in JAMA Network Open. Cross-sectional research led by Dr Jason Nagata and colleagues at the University of California suggests links between climatic changes (such as heavier rainfall and flooding) and HIV outcomes.

This was an analysis of nationally representative surveys which collected data from households on a wide range of health issues in 21 countries across sub-Saharan Africa between 2005 and 2017. The team reviewed eligible surveys which included information on HIV testing, geography and how many years people had had heavy rainfall. Heavy rainfall was defined as a deviation from the historical norm of at least 50%.

Overall, 43% of participants had been exposed to at least one year of heavy rainfall in the past 10 years. Seven per cent of respondents were known to be living with HIV and around 5% had been diagnosed with a sexually transmitted infection in the 12-month period before the surveys. During this time, the average number of sexual partners other than a spouse was 0.3.

Following heavy rain, there were small but significant increases in the odds of having HIV (14%), sexually transmitted infections (11%) and the number of sexual partners (12%).

The impact of heavy rainfall was more pronounced for those in rural areas. For example, people living in rural areas experienced an increased likelihood of having HIV of 25%, compared with 2% in urban areas. A possible explanation for this is the heightened impact of depleted agricultural yields and food insecurity in rural areas. Flooding can lead to forced migration and the expansion of sexual networks, creating conditions where people may be exposed to substance use and/or gender-based violence. However, there was no significant difference between rural and urban areas in the number of sexual partners.

The team also considered the possible impact of flooding and rain on accessing clinics and other health services, which would limit access to prevention, testing and treatment.

The impact of heavy rain was more pronounced in adults aged over 30. They experienced higher rates of acquiring HIV, sexually transmitted infections and were more likely to have more sexual partners in comparison to adults in their 20s and teenagers. For example, adults over 30 had an increased likelihood of having HIV of 17%, compared to 11% for adults in their 20s and no increased likelihood for teenagers.

Whilst these statistics indicate gaps for adults over 30, it is crucial to remember that young people remain a key population. In eastern and southern Africa, 45% of new infections are in people under the age of 25.

Other studies have reported findings that show women are more vulnerable to the poorer health outcomes of climatic events. But the association between heavy rain and prevalence of HIV was only slightly more pronounced in women at 16% vs 12% in men. Women have access to fewer income-earning opportunities than men, so they are more vulnerable to disruptions in income, exacerbating pre-existing inequities.

The study was limited by its use of cross-sectional data, rather than a longitudinal study with incidence data. However, the strength of the data from these large population-based health survey sets makes the case for clear links between heavy rainfall and HIV. As extreme weather events worsen, the relevance of the associations found in this research should inform HIV prevention, services and care.

A deep analysis of eliminating HIV and attaining viral suppression across Nigeria.
TheBody
12 Jan 23
Men who have sex with men (MSM)

More than 1.3 million people in England and Wales identify as lesbian, gay or bisexual, census data has revealed for the first time. More than 1.5% identify as gay or lesbian, and 1.3% as bisexual, while 0.5% said their gender identity was different from their sex registered at birth.
BBC News
7 Jan 23
Epidemiology