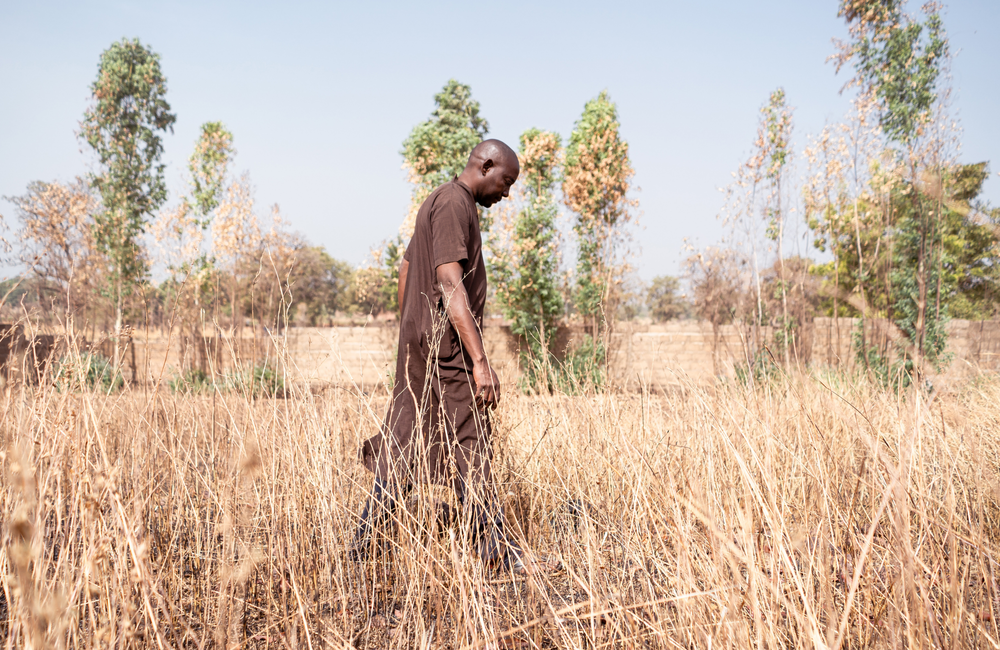 Drought may cause HIV-related morbidity and mortality, pose a threat to national HIV treatment programmes, heighten risk of transmission and increase the likelihood of drug resistant HIV, according to a paper published in The Lancet Planetary Health.

Using a systems approach, the team led by Dr Kingsley Stephen Orievulu at African Health Research Institute explored the impact of drought on adherence across Africa. Their method triangulated quantitative, qualitative and mixed-methods studies and allowed them to investigate factors that were not immediately apparent.

A recent report by the World Health Organization (WHO) recognised the impacts of climate change, both directly and indirectly. The report showed that around 13 million global deaths are linked to environmental factors. In 2008, UNAIDS and UNEP published a joint report identifying how HIV and climate change interact.

Many of the direct impacts of climate change are easily understood, such as the link between air pollution and poor respiratory health. However, the indirect effects of climate change on health are more difficult to identify. There is a growing emphasis on research focusing on the aggravated impact of climate change and the links between social inequality and inequity, marginalisation and discrimination.

“Africa will continue to face the challenges of increased droughts, intense and stronger heat waves, storms, rising sea levels, melting glaciers, floods, cyclones and wildfires,” according to the latest State of Climate in Africa Report.  Recently, the effects of these changes on food security and hydropower have been reminders of the need for urgent and sustainable change. While all these climatic changes may impact HIV, the paper in The Lancet Planetary Health focused specifically on droughts.

The team reviewed 111 primary studies, most of which focused on the impact of droughts in Africa on health or more broadly. They looked for papers specifically looking at drought and adherence to HIV medication, but did not find many. All studies were published from 2003, aligning with the time of the rollout of antiretroviral treatment in Africa. They only reviewed studies published in English and excluded grey literature.

Their review found four themes which highlight how droughts impact factors associated with adherence to medication.

Socioeconomic factors are one of the strongest determinants of adherence to HIV medication during droughts, featuring in most of the studies reviewed. Droughts cause a loss of production of both crops and livestock, loss of employment, increased food prices, a lack of access to clean water and digital exclusion, impacting access to mobile phones and tech-based interventions. Many people are unable to withstand the economic shocks that come with a drought.

In particular, food insecurity is a common barrier to adherence. Participants reported feeling worried about taking HIV medication on an empty stomach, due to an increased risk of adverse side-effects. Responding to the severe economic impact of a drought means that some people sell off their assets, including those that help to meet food needs.

Physical and mental health pressures are exacerbated by drought, due to disease outbreaks, lack of access to clean water, economic distress and forced migration. This is particularly the case in rural areas.

Alcohol and substance use were frequently cited as coping mechanisms in response to these stressors. They are linked with numerous comorbidities. Adherence to HIV medication alongside treatment for these comorbidities results in an increased pill burden, with an increased likelihood of drug interactions.

The economic impact of drought may lead to stock-outs of HIV medicines, which are likely to undermine positive relationships with healthcare providers.

Droughts are a strong driver of migration, with relocation away from drought-affected areas, for example to areas where livestock can find forage and water. Often migration or displacement means moving to an unfamiliar place and not being registered with local healthcare facilities, affecting adherence.

Whether temporary or permanent, these moves impact social structures. Many people lose the support systems around them, such as family, friends, community groups and institutional support. The destabilisation of both individual and collective support systems is a core challenge causing “devastation on wealth and health”.

Where support systems are absent, anxiety and stress can lead to behaviours that are linked to poorer adherence outcomes. Almost 20 papers discussed how communities support individuals with adherence. This is particularly important for younger people.

The loss of support systems may be most keenly felt by women and girls. It may lead to an increased exposure to risks linked to transactional sex, intergenerational sex, new sexual partners and a lack of bargaining power with partners, as well as alcohol and substance use. The risk of intimate partner violence and domestic violence is also elevated.

Droughts cause the erosion of safety nets and support structures for many. This leads to an increase in vulnerability for people who experience economic shocks, forced migration, separation from their communities, disruption to education, and other factors.

The use of a systems approach enabled the team to understand the complex links between drought and adherence to HIV medication and highlight factors that are often not considered.

The researchers assert the importance of policy and health systems to support good adherence outcomes in times of climatic changes and displacement. However, the scale of the challenge presented by poor economic conditions will probably limit the success of these interventions.

Their review highlights the lack of research connecting drought and HIV medicine adherence specifically. They suggest further investigations should focus on understanding the impact of drought on key populations such as men who have sex with men and sex workers.

The new law is the result of many years of efforts by many governmental and non-governmental partners.
HIV Justice Network
26 Jan 23
Activism & civil society