US doctors’ organisation endorses event-based PrEP for the first time 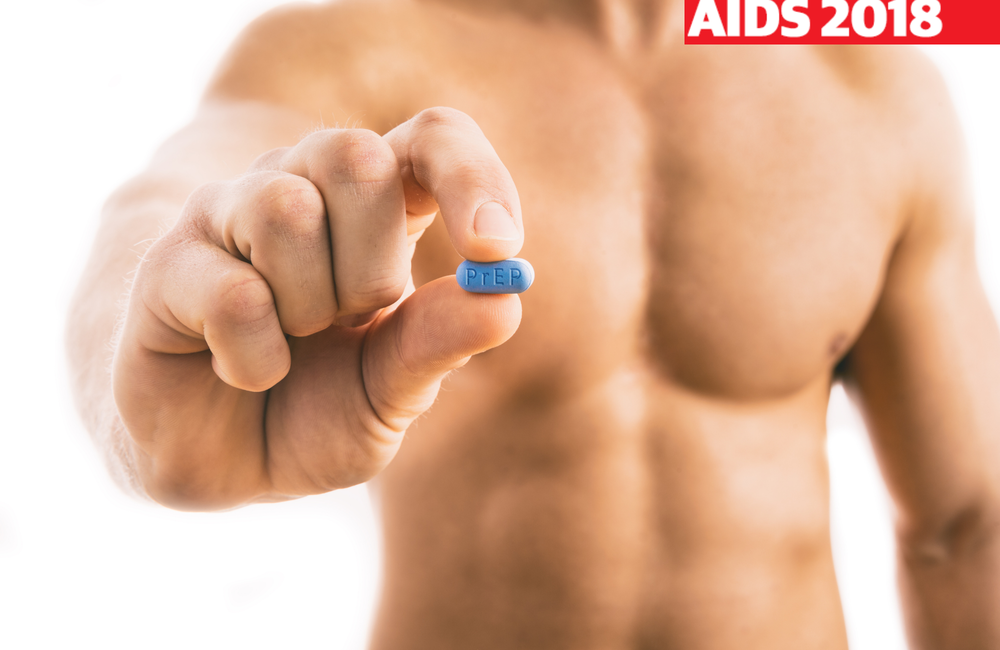 For the first time, a US-based professional HIV body has published guidelines endorsing event-based or so-called ‘on-demand’ pre-exposure prophylaxis (PrEP) as an alternative to daily dosing.

The International Antiviral Society-USA (IAS-USA) released its 2018 recommendations during the International AIDS Conference in Amsterdam, but there was not much comment on their significance at the time.

Bodies issuing guidelines for the use of PrEP in the USA have hitherto only endorsed daily dosing, as exemplified by the 2017 recommendations issued by the Centers for Disease Control and Prevention (CDC).

The World Health Organization has also not so far changed its 2015 recommendation that PrEP should be taken daily – though they do acknowledge that people may stop and re-start PrEP according to ‘seasons of risk’.

In contrast, France endorsed event-based as an alternative to daily PrEP in November 2015 and European countries have generally followed suit, with on-demand PrEP offered as an option in the Netherlands and Belgium demonstration studies, as well as in England’s PrEP IMPACT trial and in the rest of the UK.

The IAS-USA is an HIV physicians’ educational organisation, offering online and in-person courses, and primarily known as the co-organisers of the annual CROI conferences. They should not be confused with the International AIDS Society (IAS) which organises the biennial International AIDS Conferences and HIV Science conferences. While not as influential as the CDC, IAS-USA is a body of respected physicians and HIV experts and their recommendations will carry weight.

The new IAS-USA guidelines recommend that PrEP should be offered to any member of a population whose HIV incidence in the absence of PrEP (background incidence) is over 2% a year, and to any HIV-negative partner of an HIV-positive person who is not consistently virally suppressed.

They say that a request to start PrEP should be an opportunity to discuss sexual risk in general. In cases where people are clearly at high HIV risk, PrEP may be started on the same day as an HIV rapid test without confirmatory HIV testing, or kidney function and hepatitis B results.

They recommend daily dosing with tenofovir disoproxil fumarate and emtricitabine (TDF/FTC) for everyone. They warn against event-driven dosing for women (as vaginal tissue concentrations only reach 10% of rectal concentrations), for all transgender people, and for people at risk through drug injection (for lack of evidence).

They do however recommend event-driven PrEP as an alternative for cisgender men who have sex with men, following the protocol used in the IPERGAY study: i.e. a double dose (two pills) of TDF/FTC between 24 and two hours in advance of anticipated sex, then, if sex happens, one pill the following day and one the day after – or to be continued daily until two days after the last sex.

IAS-USA recommends that the initial double dose of PrEP should preferably be taken nearer 24 hours before sex than two hours, pointing out that effective rectal tissue concentrations of TDF/FTC are reached in 98% of people 24 hours after a double dose, but only in 81% after two hours. They also recommend that the dose is taken with food for best tissue absorption.

They add that if the initial dose is taken less than seven days after the last dose of PrEP, a double dose is unnecessary and a single dose should be sufficient.

Regarding people who may have acute HIV when starting PrEP or seroconvert soon after starting, the IAS-USA notes recent cases suggesting that HIV seropositivity (the appearance of testable HIV antibodies) may be delayed or weakened in people taking PrEP. They recommend that HIV RNA testing should be conducted in such cases. PrEP should be stopped, but where HIV infection is thought likely, a full antiretroviral regimen (ART) should be started instead, to reduce the possibility of HIV drug resistance.

They also recommend that if people come forward more than once for non-occupational post-exposure prophylaxis (PEP) for HIV, PrEP should be recommended and there should be “a seamless transition” from PEP.

Finally – and of particular relevance to the US situation – they recommend that physicians make every effort to ensure PrEP continuity in the event of health insurance lapse, people moving out of district, or incarceration.

They recommend monitoring all steps in the treatment cascade for patients and, in particular, recommend “brief, strengths-based” counselling after a positive HIV test as a way of ensuring engagement with and retention in care. They recommend initial directly observed therapy for people initiating harm reduction (including opiate substitution therapy) and also for people who have just left prison. And they lay particular emphasis in screening for depression and referral to mental health support.

Finally, they emphasise the role HIV physicians can take as advocates for effective HIV programmes. “Advocacy,” they say, “should go beyond access to ART and include access to mental health and substance abuse services, as well as efforts to end policies such as HIV criminalization that impede the ability to provide evidence-based care and prevention services.”

“This shocking ruling defies evidence, logic, public health and human rights and sets back enormous progress made in the fight to end the HIV epidemic in the US and globally," said Mitchell Warren, AVAC’s executive director.
AVAC
8 Sep 22
More editors' picks