Risk of reinfection is a concern after successful hepatitis C treatment 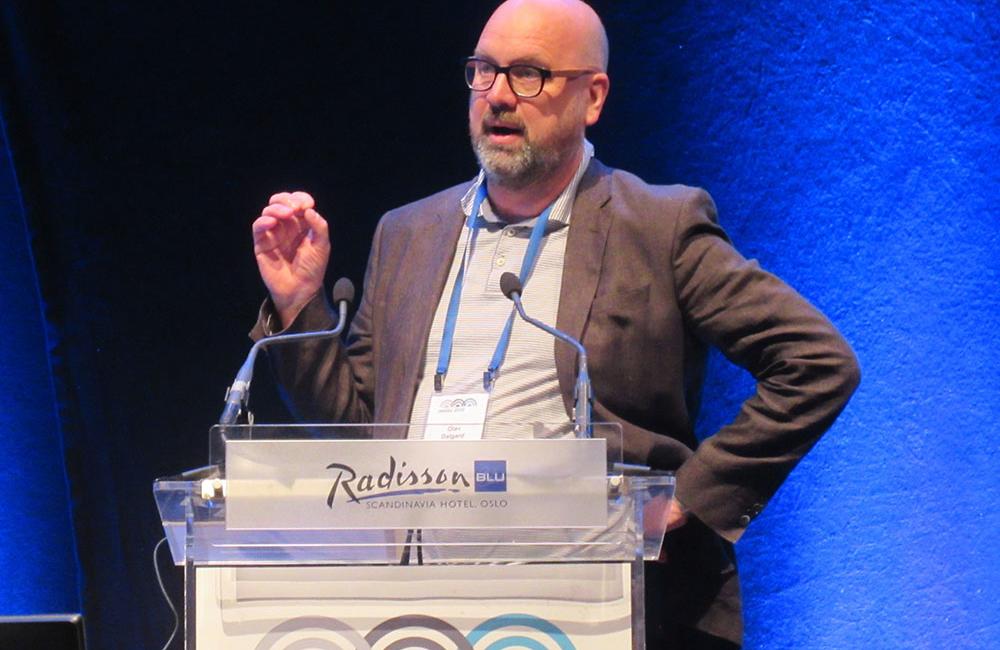 People on opiate agonist substitution therapy can be successfully treated with grazoprevir/elbasvir (Zepatier) – achieving cure rates similar to those of the population as a whole – but some people are reinfected with hepatitis C virus after being cured, suggesting that a greater emphasis on post-treatment prevention may be needed, according to presentations at the 5th International Symposium on Hepatitis Care in Substance Users (INHSU 2016) this month in Oslo.

Hepatitis C virus (HCV) is easily transmitted through shared drug injection equipment and current and former injection drug users have high rates of infection. However, some providers and insurers still consider people who inject drugs to be poor candidates for hepatitis C treatment and people who use drugs have typically been excluded from most clinical trials of new hepatitis C therapies.

It is not clear how often HCV reinfection occurs. Dr Midgard reviewed eleven published studies of reinfection among people who inject drugs, including several from the interferon era, which found reinfection rates of 5 per 100 person-years (PY) or less (pooled estimate 2.1). Looking at a smaller subset of people who inject drugs who were reinfected after treatment, rates were around 10 per 100 PY or less (pooled estimate 5.6).

Some have suggested that HCV reinfection might be more likely in the interferon-free era because direct-acting antiviral treatment is faster, better tolerated and much more effective than interferon-based therapy, leading people to be less careful about avoiding reinfection.

But there is little evidence that this is the case. Tyler Raycraft of the University of British Columbia presented a comparison of HCV recurrence among active drug users treated with all-oral versus interferon-based regimens. Overall, 4 out of 77 people had reinfection, all of them interferon recipients, leading the researchers to conclude that “all-oral regimens for HCV treatment of active PWID [people who inject drugs] is not associated with higher recurrent viremia rates compared to interferon regimens.”

It can be difficult to tell whether people who have detectable HCV viral load after 12 or 24 weeks of post-treatment follow-up have relapsed or have reinfection, Dr Midgard explained. Determination is straightforward if someone is reinfected with a different HCV genotype, but not if they get a similar strain again. However, late relapse after SVR12 is rare among people treated with direct-acting antivirals. Another possibility is that treatment could eliminate the major strain of HCV but leave behind a minor variant to take over, but this is also thought to be rare.

“The more you look, the more you find,” Dr Midgard said, noting that most studies have not retested for HCV often and would have missed reinfections that cleared spontaneously.

Clinical trials traditionally report outcomes using an intention-to-treat analysis, meaning final outcomes for all participants are included. If people who were cured and reinfected are counted as treatment failures, therapy can appear less effective than it really is.

The multinational C-EDGE CO-STAR trial enrolled 301 people with previously untreated chronic hepatitis C, with HCV genotypes 1, 4 or 6. About three-quarters were men, most were white, the median age was 48 years, 21% had liver cirrhosis and 7% had HIV co-infection. Participants were required to be on stable OST using methadone or buprenorphine for at least three months at study entry, but they were not excluded if urine tests showed they continued to use illicit drugs during the study, as many of them did.

Participants were randomly assigned to receive either the grazoprevir/elbasvir co-formulation or a placebo once daily for 12 weeks (immediate treatment arm), at which point the study was unblinded and placebo recipients were also given active treatment on an open-label basis (deferred treatment arm).

As recently reported, grazoprevir/elbasvir was well tolerated and cured 92 to 94% of study participants with HCV genotypes 1 or 4, though the SVR rate fell to just 20% for the small number of people with genotype 6.

Interestingly, three of the six people with probable reinfection cleared the recurrent virus without further treatment. This is consistent with other research suggesting that the immune system gets better at controlling HCV with repeated attempts. But this does not mean that reinfection is benign, as reinfection in a person with cirrhosis on the verge of decompensation could be a large risk.

If these people with reinfection were counted as treatment successes, this would push SVR12 rates up to 96% for the immediate treatment group and 97% for the deferred group (SVR24 94 and 97%, respectively) – and up to 60% for genotype 6. Although only nine study participants had genotype 6, reinfection occurred in two of them, both men in Thailand.

“Further follow-up is required to determine the natural course of HCV reinfection in the setting of interferon-free HCV treatment and the impact of viral persistence following reinfection on long-term response rates in this population,” the researchers concluded in their study abstract.

“We have to accept that reinfection will happen after treatment to some extent,” Dr Dalgard said.

Dr Midgard talked more about the consequences of reinfection, noting that even low rates of reinfection could be a concern over time, reducing individual and population-level treatment benefits, changing cost-effectiveness calculations, and having implications for hepatitis C prevention and harm reduction strategies. Slow treatment scale-up among people who inject drugs, for example, could create a growing pool of people susceptible to reinfection.

Dr Midgard ended by stressing the importance of acknowledging the occurrence of HCV reinfection without stigma and discrimination, which could drive people away from care. Education and counselling about the possibility of reinfection is needed, as are ongoing post-treatment surveillance and harm reduction efforts.

“If reinfections don't occur, you are treating the wrong population,” he concluded.