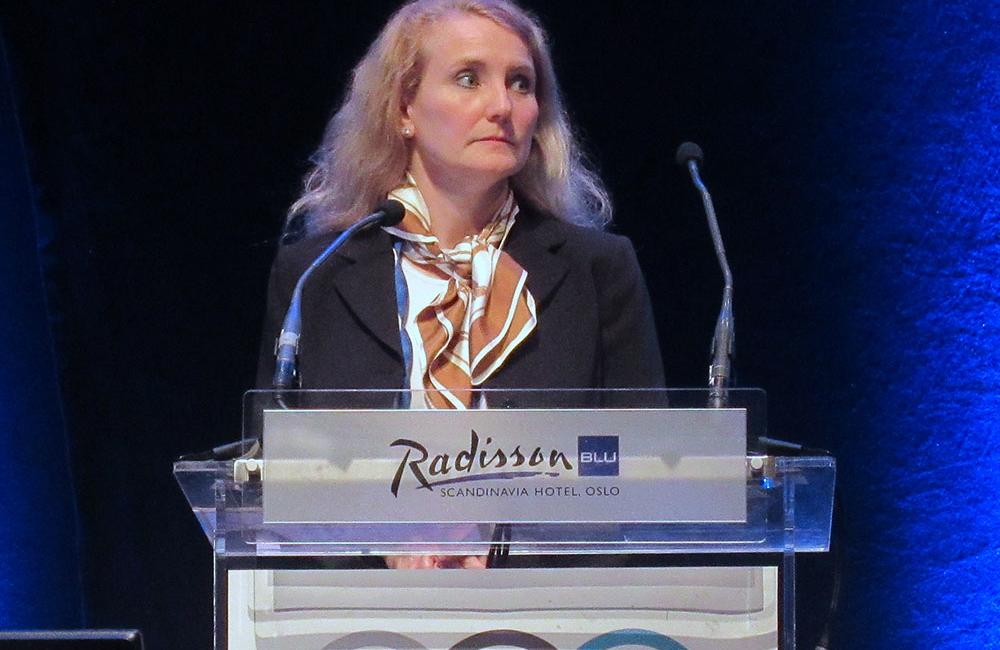 An effective vaccine may be necessary to eliminate hepatitis C virus (HCV) but development has been hampered by several challenges including the variability of the virus and incomplete natural immunity, according to presentations at the 5th International Symposium on Hepatitis Care in Substance Users (INHSU 2016) last week in Oslo, Norway. One promising prime-boost viral vector vaccine is currently in clinical trials.

An estimated 130 to 150 million people worldwide have chronic hepatitis C, many of whom live in low- and middle-income countries. In the US and Europe HCV infection has traditionally been most common among 'baby boomers' born between 1945 and 1965, but rates of new infection are increasing among people who inject drugs in conjunction with a growing opioid epidemic.

Syringe exchange, opiate substitution therapy and other harm reduction strategies can reduce the risk of HCV infection among people who inject drugs and hepatitis C can now be readily cured with new direct acting antivirals. But prevention services and access to treatment are not available to all who need them.

Professor Andrea Cox of Johns Hopkins University presented an overview of HCV vaccine development and its challenges at INHSU 2016.

"Successful control of HCV infection will likely require a combination of mass screening to identify those with infection, treatment and harm reduction strategies for uninfected people at risk, including prophylactic HCV vaccination," Prof Cox suggested.

Some individuals are genetically predisposed to be able to naturally control HCV. Around a quarter of people with the infection clear the virus spontaneously without treatment, while the remainder develop chronic or long-term infection.

HCV infection generally does not confer full natural immunity and it is possible to contract the infection again after spontaneous viral clearance or successful treatment. A variety of studies have seen HCV reinfection rates of 10 to 40% among people who inject drugs and men who have sex with men. Further, there is potential for reinfection with drug-resistant virus that could limit treatment options.

However, it does appear that with repeated attempts the immune system "gets better and better at controlling HCV," according to Prof Cox.

People with reinfection typically have lower HCV viral load and shorter duration of viremia than those with initial infection. In addition, the magnitude and breadth of their T-cell responses increase and the likelihood of spontaneous clearance rises with each subsequent infection.

One study of 113 people with HCV found that 31 (27%) controlled their initial infection. Of these, 22 were retested and half of them were found to have reinfection with a different strain of HCV. Within this group – including two people who had had reinfection twice – ten reinfections (83%) spontaneously cleared.

HCV has wide genetic variability – even more so than HIV – making it difficult to develop vaccines that are effective against all the different viral strains. Further, most animals cannot be infected with HCV and the virus is difficult to culture in the laboratory.

Researchers have explored both preventive vaccines for HCV – for example, attempting to establish antibodies that can prevent the virus from taking hold in the body – and therapeutic vaccines that marshall immune responses to control the virus once infection occurs.

It is considered unsafe to use live attenuated (weakened) or killed or inactivated whole HCV for vaccines due to the risk that it could revert back to being virulent. Researchers have instead tested vaccines containing HCV proteins, HCV DNA (genetic material), virus-like particles and viral vectors in non-human primates, and a few of the best candidates have advanced into human trials.

The most promising strategy uses other viruses as vectors to carry non-infectious bits of HCV for the immune system to recognise – the approach currently being used for some Ebola virus and HIV vaccine candidates. But if a person has already been exposed to and developed immunity against the vector virus, it may be eliminated too fast to be effective. Using animal virus vectors may overcome this barrier.

A vaccine being developed by GlaxoSmithKline, known as AdCh3NSmut, uses a chimp adenovirus vector containing the NS3, NS4 and NS5 non-structural proteins of HCV genotype 1b, the part of the virus that is most conserved, or consistent across strains. This 'primer' vaccine is followed by a 'booster' using an attenuated modified vaccinia Ankara (MVA) vector.

In its first human study, the AdCh3NSmut-MVANSmut combination was safe and well tolerated. It induced antiviral immunity that worked much like control of natural infection, with broad and durable poly-functional CD4 and CD8 T-cell responses across HCV genotypes. All study participants showed some response to the vaccine and a majority developed responses against multiple HCV proteins.

A double-blind, randomised, placebo-controlled clinical trial of AdCh3NSmut-MVANSmut – dubbed VIP (Vaccine is Prevention) – is now underway at Johns Hopkins, the University of California at San Francisco and the University of New Mexico.

The study aims to enrol 540 people who are active injection drug users at high risk for HCV infection. They will receive the AdCh3NSmut primer at the start of the study and the MVANSmut booster 8 weeks later; they will be followed through 88 weeks to assess safety, induction of HCV-specific immune responses and efficacy in preventing chronic HCV infection. The first data are due in early 2017.

An effective vaccine would lessen the need for ongoing harm reduction services for at-risk populations – as one-time vaccination would ideally provide long-term protection – and it has the potential to prevent liver cancer and liver failure associated with chronic HCV infection.

"We have a unique opportunity, if we can combine treatment and a vaccine, to accomplish what we can't with other disease using only one or the other," Prof Cox concluded.