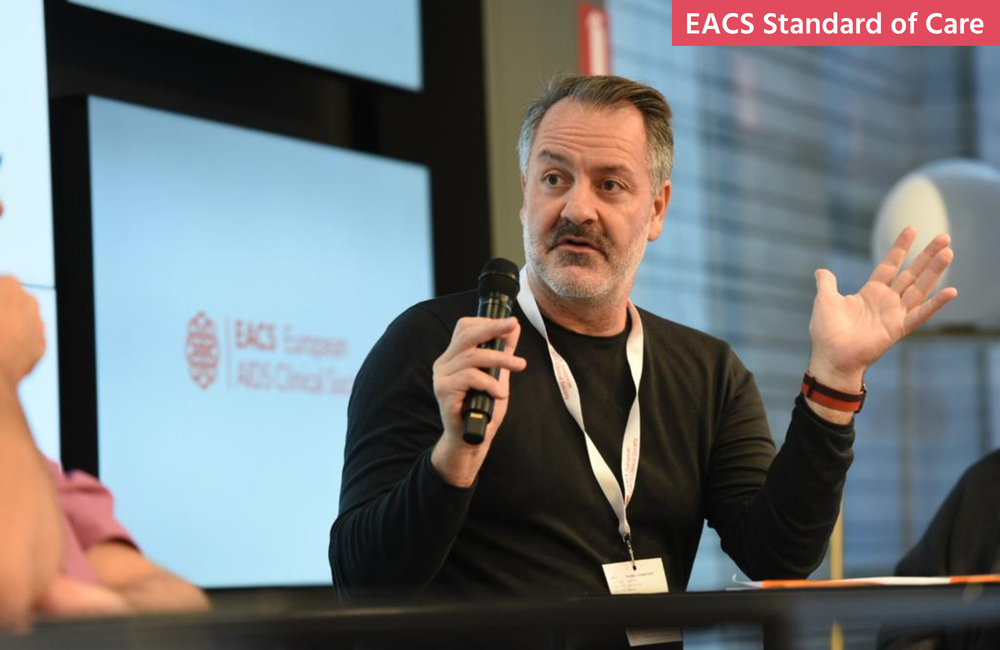 Preliminary results from a survey of stigma and discrimination conducted by the European Centre for Disease Prevention and Control (ECDC) show that people living with HIV in Europe are as likely to have experienced stigma in recent years as they were a decade ago. This is particularly the case with some types of stigma experienced in healthcare settings, where the fear of stigma, and to some extent the reality, are if anything stronger than ever. These early results were announced at the fifth Standard of Care for HIV and Co-infections in Europe meeting organised by the European AIDS Clinical Society (EACS) in Brussels last week.

It also uncovered a strong link between state of health and the experience of stigma and discrimination. People who rated their health as ‘bad’ or ‘very bad’ were more than twice as likely as those with good health to have been threatened or verbally or physically abused by family or friends, or to have been excluded from family activities.

A smaller survey conducted recently in Ireland, largely answered by healthcare workers who were not HIV specialists, found that although 83% claimed knowledge of 'Undetectable = Untransmittable' (U=U) and treatment as prevention, 40% said they would still be nervous about drawing blood from a person with HIV. Many took unnecessary precautions such as wearing gloves or even two pairs of gloves at all times when treating people with HIV.

Teymur Noori of ECDC said their survey was conducted in response to the United Nations' Sustainable Development Goals which were issued back in 2014. These aim to “End the AIDS epidemic by 2030”, which in practice means reducing adult transmissions of HIV and AIDS-related deaths by 90% by that date. But they also contain a pledge to achieve “zero discrimination” by then.

“We know how to end infections and deaths,” said Noori. “We could do this by scaling up PrEP and opiate agonist treatment, by testing to reach the one in five people in Europe with HIV who don’t know their status, and providing treatment to the one in three who don’t have it.

“But when it comes to stigma, there are major gaps even in our understanding of how it works in HIV. We can’t combat stigma and discrimination till we get a better idea of how prevalent they are and how they operate.”

This was why ECDC undertook the survey; it is hoped that it could be a model for regular surveys to chart progress and indicate the best ways of tackling stigma.

The survey was advertised online and through the websites and networks of the community partner organisations. Between November 2021 and January 2022, it received responses from 3272 people with HIV from 54 countries. Ninety per cent were on antiretroviral therapy (ART).

Asked "How satisfied are you with your life, on a scale of one [totally unsatisfied] to ten [totally satisfied]?", 17% rated their life satisfaction at three points or less, 31% at four to six points, and 56% at seven to ten (though only 20% gave it nine or ten).

However, when asked if it was difficult to tell other people about their HIV status, the proportions were reversed, with 57% agreeing that this was difficult or very difficult and 24% saying no, it wasn’t.

The isolation of having HIV was underlined by 17% of respondents saying they had not told even one friend about their HIV status. Nineteen per cent had told no sexual partners (current or previous), 26% no family member, and 34% no co-workers.

An additional 23% had only told one or two family members, and 30% one or two sexual partners.

The respondents were then asked about whether they had experienced six kinds of negative reactions to their status: rejection by friends (24% said yes, they had); threats, or verbal or physical abuse, from a sexual partner (17%); discriminatory remarks or gossip by their family (16%); being blackmailed by people they knew (15%); threats or abuse from their family (11%); and being excluded from family activities (10%).

Respondents were also asked when they had last had these experiences. One of the most revealing findings was that respondents were as likely to say they had last experienced them in the last year as more than ten years ago. To give an example: 24% of respondents said they had had the experience of being rejected by friends. For a quarter of these, it last happened more than ten years ago. But for another quarter it happened in the last year.

While some people who have been aware of their status for over ten years may have got better over time at dealing with stigma, or are encountering it less, it suggests that it is an ongoing problem for many others.

It is no surprise that people experiencing stigma and discrimination are more likely to express dissatisfaction with their lives, but there was an even stronger association with physical health. People who rated their health as “poor” or “very poor” were 50-70% more likely than those with “fair” health to report rejection by friends, negative gossip by family, or threats or abuse from a partner, and twice as likely to report threats or abuse from family or friends, or exclusion from family activities. They were 3-4 times more likely to experience these than people rating their health as good or very good.

"17% of respondents had not told even one friend about their HIV status."

The survey also asked about experiences of stigma in the healthcare setting. It found that what has been called anticipated stigma in health care was as powerful in people with HIV as it always had been. For instance, 56% had worried they might be treated differently by healthcare staff because of their status, 45% were afraid to go to services, and 36% had actively avoided them. In each case, 44-46% of those reporting anticipated stigma had felt it in the last year.

A survey conducted this summer in Ireland gathered 298 responses from a variety of healthcare workers, most of them not HIV specialists (71% said they had had no experience in HIV care).

Dr Elena Vaughan from the University of Galway told the meeting that the survey used a standard set of questions that has been used to gauge healthcare worker attitudes in a variety of settings worldwide. The questionnaire was distributed widely among professional associations, medical departments and social media, and there were three pieces in the Irish media about it.

Among the respondents, 32% were nurses, 23% doctors and 44% were other practitioners such as dietitians and dental hygienists, and also receptionists and administrators.

Seventeen per cent said they had never heard of U=U but although this implies that 83% had, 40% still said they would be uncomfortable about taking blood from a person with HIV and 29% dressing a wound.

Dr Vaughan said that this was a preliminary survey made on limited budget and time and that although they had made a special effort to engage primary care physicians, few GPs had answered.

Members of an audience panel questioned whether such surveys might receive better response rates if targeted at particular specialities or settings, maybe in collaboration with other learned societies, but Elena Vaughan and Teymur Noori thought it was better to reach out to as wide a variety of healthcare workers as possible, as the patient experience involved encountering all of them. It might be better to deal with resource constraints by doing surveys in regions of four or five countries at a time, on a rotating basis.

Panel Chair Professor Fiona Burns of London’s Royal Free Hospital commented that she had experienced HIV specialists making very valuable interventions when encountering stigma against their patients from other healthcare staff, but this needed to be systematised, with a programme of training informed by the findings of surveys like these.

Noori T. Measuring HIV-related stigma in the community and in healthcare settings: Preliminary results and future plans. EACS Standard of Care for HIV and Co-infections in Europe meeting, Brussels, 13-14 October 2022.